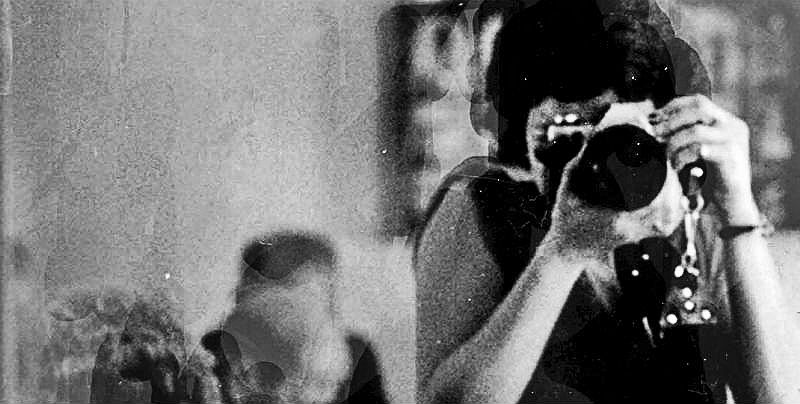 8 true crime books that combine the personal and the literary

The true crime memoir, as Laura Miller has pointed out, has undergone a renovation in recent years, from a cheap studio apartment to a slick condo. This rehabilitation is a reflection of how true crime obsessed our culture has become: where these stories had been treated as sordid, they are now studied for possible insights into why we live in such a self-reflexively violent society. These books are all written by victims or perpetrators of crime or their close relatives, and in their intensity and intimacy they remind us that true crime narratives are not just stories—they are tragedies that irrevocably change the lives of individuals and their families. 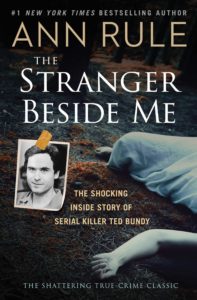 Ann Rule, The Stranger Beside Me: The Shocking Inside Story of Serial Killer Ted Bundy (Gallery Books)

Ann Rule, an aspiring reporter and divorcing mother of several children, volunteered at a mental health hotline with a soft spoken, handsome, politically ambitious young man who curiously went out of his way to befriend her. It’s no secret that that man was Ted Bundy, and Rule’s special access to Bundy gave her both the authority to write this book and a unique perspective about Bundy. During the years they knew each other, Rule had no idea about Bundy’s extracurricular activities, and even as it becomes evident he’s guilty she still stubbornly defends the mild-mannered young man who was her co-volunteer—until it becomes undeniable that Bundy is guilty. 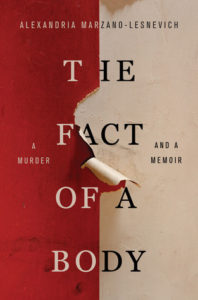 Alexandria Marzano-Lesnevich, The Fact of a Body: A Murder and a Memoir (Flatiron Books)

Marzano-Lesnevich begins her story in relative certainty: the daughter of two lawyers, she is anti-death penalty. In her clerkship for a Louisiana judge, however, she is assigned to the case of a death row prisoner named Ricky Langley, and as soon as she hears Langley describe his crimes she is seized by the feeling that she wants him to be executed. Digging into his case, she feels an uncanny connection to Langley, and something in his life resonates with hers. The Fact of a Body is a book that begins steeped in the distance between lawyers and criminals and then turns that upside down to explore how the lives of the criminals and their defenders often have uncomfortable similarities. 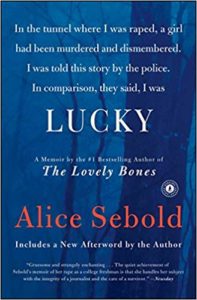 Lucky is one of the most uncomfortable books I’ve ever read, which I mean as the highest compliment. Sebold’s account of her stranger rape during her freshman year at Syracuse University is both clinical and deeply felt: we follow her from the act itself through the exam at the hospital and the questioning by the police. We are with her as she has to tell her family and friends what has happened to her and reckon with their befuddlement and discomfort. We accompany her when she sees her attacker on campus and reports it to the police, and, perhaps most devastatingly, we are with her at the trial when she has to narrate the incident all over again. All the while the title echoes in the reader’s head: yes, Sebold has the privilege of being able to confront her attacker and see justice done, but how could being raped ever be lucky? 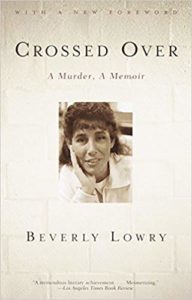 Beverly Lowry, Crossed Over: A Murder, A Memoir (Vintage)

In this unusual book Lowry, a novelist, recounts the hit-and-run death of her son as she begins to visit one of the most notorious female murders in history, Karla Faye Tucker, who committed her crime in the Houston area where Lowry lived. Tucker, on imprisoned for stabbing two people she was burglarizing with a pickaxe, was an unusual death row inhabitant. Not many women end up on death row, let alone being executed, as Tucker was in late 1984. Lowry begins to visit Tucker because she needed something to help her grieve her lost son, but the friendship Tucker and Lowry develop goes both ways. Tucker also lost a son, Peter, and recounts a biography full of violence and heartbreak which bonds the unlikely pair of women together. 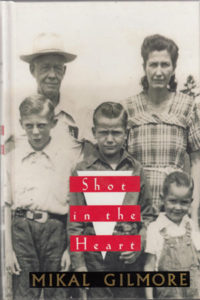 “I have a story to tell. It is a story of murder told from inside the house where murder is born. It is the house where I grew up, a house that, in some ways, I have never been able to leave.” Gilmore’s account of growing up in the family that also contained serial killer Gary Gilmore is not easy to forget. There is an atmosphere of ugly suspense, their father so volatile that violence, which was commonplace, could happen any time and by a variety of means. Gilmore’s book is a corrective and a complement to Norman Mailer’s classic book on Gary Gilmore, The Executioner’s Song. Heart reminds us that violence doesn’t just happen, it is incubated, perpetuated, and inherited in families. 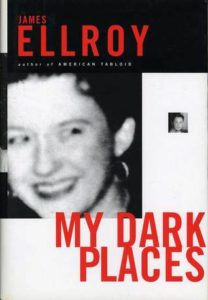 Ellroy is the Hemingway of crime writing: either you proclaim him a genius and marvel at his jazzy, staccato prose, inimitable and wonderfully dark; or you pick up one of his books, see what looks like word vomit on the page, and declare yourself of the anti-Ellroy ilk. I think My Dark Places is what separates the hardcore Ellroy fans from the dabblers. Yes, it is a memoir, in that it recounts significant incidents in the life of the writer. But it is also a piercingly intelligent analysis of the criminal instinct. As young Ellroy escalates from Peeping Tom to burglar, never shying away from describing the sexual pleasure his transgressions provide him, what you have is an indelible portrait of the criminal as a young man. 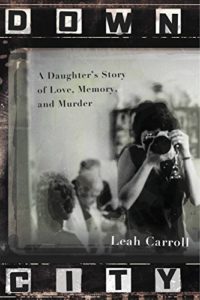 Carroll’s father, who raised her, was an alcoholic manic-depressive who was dead by the time Carroll was 18. Her mother, a drug addict, was killed by two mafioso drug dealers when Carroll was four. In painfully piecing together her past, Carroll treads the streets of Rhode Island, pieces together police reports, and does original reporting looking for the kind of low-lives and junkies who might have known her parents and had some insight into their lives and deaths. In the course of her investigation she also wonders about the dark parts of herself, and what she might have inherited from two people who operated on the margins of society. 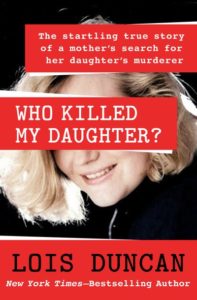 Lois Duncan, Who Killed My Daughter?: The True Story of a Mother’s Search for Her Daughter’s Murderer (Dell)

For girls of my generation, Lois Duncan was a blockbuster author. Her dark and spooky books kept us gleefully up at night and made us sleep with the lights on. This book, though, is not for adolescent girls: it’s a painful and tragic recounting of the unsolved murder of Duncan’s daughter, a crime that Duncan comes up with a theory of solving but still throbs with unanswered questions. The facts are as follows: in the summer of 1989, Kaitlyn Arquette was shot as she drove home down a New Mexico highway. The police conclude that the shooting was random, even though it had some of the hallmarks of a professional hit. In her grief and frustration Duncan keeps investigating after the police have given up, enlisting the help of a psychic and learning about the world of Vietnamese gangs (Arquette had a Vietnamese boyfriend). Grief howls from the pages of this book, a crime story with no ending. 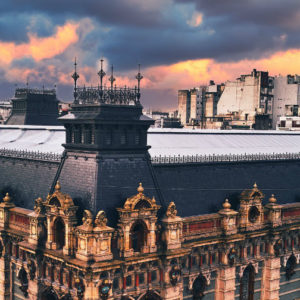 To date my Crime and the City column has covered 50 cities: 23 European locations, 15 cities in Asia and Australia, five...
© LitHub
Back to top