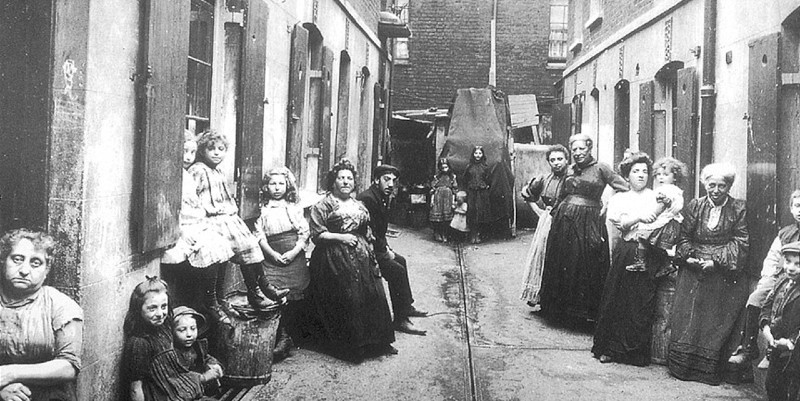 The Torso Murderer: Jack the Ripper Wasn't the Only Serial Killer Stalking London in 1888

The crimes were gruesome and cruel. And performed in the shadow of Jack the Ripper.

London, September 11, 1888. The noise of hammers and steam engines filled the air in Whitehall, the construction site of the New Scotland Yard headquarters. Little did the architect of the red-and-white brick Gothic castle on the bank of the river Thames know that its site would become a crime scene investigated by the police force’s detectives.

Frederick Moore, a laborer at the site, spotted an object lying on the mud. When he picked it up, he made a horrifying discovery. It was a woman’s arm, neatly amputated from the body. In the following days, the victim’s torso and leg turned up at the site. This was most certainly murder. It wasn’t the first such case in that period of British history; nor would it be the last.

The previous year, on May 11, upstream in the village of Rainham, a lighterman named Edward Hughes reeled in a bundle he’d spied floating in the water by his barge. The canvas sack contained a female torso, its head, limbs, and breasts amputated. In June 1889, another torso was found, this time at St. George’s Stairs in Bermondsey. More parts surfaced eventually. The last case in what appeared to be a series of murders came to light that September, when Constable William Pennett found a torso hidden under a railway arch in the East End.

The Torso Murderer was never caught. His are among the goriest, most remarkable serial murder cases in history, but he’s not exactly a household name. I only learned of the case when I was researching Victorian-era crime for my Sarah Bain mystery series. Why isn’t it the notorious subject of a zillion novels, non-fiction books, TV shows, and movies?

Whitechapel, August 31, 1888. At about three o’clock in the morning, a carman named Charles Cross strolled along Buck’s Row on his way to work. A large object lying at the entrance of a stable yard caught his eye. It was the body of a woman, her frock raised above her knees. A terrible gash across her throat had nearly severed her head. Blood from the wound drenched her clothes and stained the cobblestones. The police surgeon’s examination later revealed deep cuts on her abdomen. Her name was Polly Nichols, and she was the first of what many sources deem Jack the Ripper’s “canonical” victims. On that August morning, the Ripper began a reign of terror that took the lives of five women and lasted into November.

The Torso Murderer was upstaged. One obvious reason: “Torso Murderer” doesn’t pack the same punch as “Jack the Ripper.” But I think names don’t entirely account for who became the historical celebrity, the subject of all those books and movies, and who didn’t. Neither does the fact that the Ripper crimes are still unsolved. The Torso Murderer got away with it, too. Other factors have to do with what audiences think constitutes a good story. The stories of Jack the Ripper and the Torso Murderer both have grisly murders, police detectives on the hunt, and reporters fanning the public’s outrage and fear, all against the sumptuous, gritty backdrop of Victorian London. What’s not for a mystery fan/true crime buff to love?

The Torso Murderer’s story is missing some crucial pieces.

Only one victim—the Bermondsey woman—was ever identified. Elizabeth Jackson was pregnant when she disappeared, and she had a distinctive scar on her wrist. The causes of the deaths were never determined. Forensic science was rudimentary; DNA testing belonged to the distant future. And since the police couldn’t determine where the women were killed, there were no crime scenes to furnish evidence. Now let’s analyze the Jack the Ripper story. Names were put to his victims. Thanks to abundant newspaper reportage and decades of research by “Ripperologists,” Polly Nichols, Annie Chapman, Kate Eddowes, Liz Stride, and Mary Jane Kelly are celebrities among the murdered. Details of their lives fill in the historical record. Liz Stride claimed that she and her family were on board the Princess Alice pleasure steamboat when it sank in the Thames, and her husband and children drowned. That might not be true, but personal stories like it convey the humanity of women who would otherwise be mere crime statistics. And we know exactly where and how the victims died.

In dark, foggy Whitechapel, they had the misfortune to cross paths with Jack the Ripper. He inflicted multiple, vicious stab wounds and left them dead and mutilated. We can picture his sinister figure lurking outside the pubs they frequented and trailing them through the squalid alleys. This picture certainly fired up the imagination of the public at the time. Sightings abounded. Streetwalkers pointed the finger at Joseph Pizer, a.k.a. “Leather Apron,” a dark-haired shoemaker dressed in black, who had a reputation for pulling a knife on prostitutes, demanding money from them, and beating those who resisted. He was arrested, but later released because he had alibis for two of the crimes. Other suspects cropped up, some long after the last murder. They include George Chapman, real name Severin Klosowski. In 1903, he was hanged for the murder of his mistress, whom he poisoned with tartar emetic. His two previous mistresses had also died under suspicious circumstances, and when the bodies were exhumed, they showed traces of the same poison. Once a surgeon’s apprentice in his native Poland, George Chapman was handy with knives. He had a history of violence against women, he lived in London at the time of the Ripper murders, and when he moved to America, they stopped. Furthermore, he was a dark, scary fellow with a big black mustache, the perfect manifestation of Jack the Ripper.

For the Torso Murders, suspects—and witnesses—are more big missing pieces of the story. Unable to identify the victims, the police couldn’t search for suspects among their acquaintances. With the location(s) of the crimes undetermined, nobody even knew where to begin looking for witnesses. (Perhaps the police would have tried harder if not for all the time and energy they devoted to catching the Ripper.) The Torso Murders didn’t supply enough drama to push Jack the Ripper off the front pages of the newspapers. For a story to sustain interest for 100+ years, it needs a strong plot and strong characters. The Ripper and the Torso Murders have the same plot, but the latter has a big black hole where the characters should be.

That black hole was a source of frustration for the 19th-century London police, but it’s fertile ground for the mystery novelist. One can fill it in with suspects, witnesses, and drama of one’s own invention, unhindered by too many historical facts.

Someday I may write my own version of the Torso Murder case. 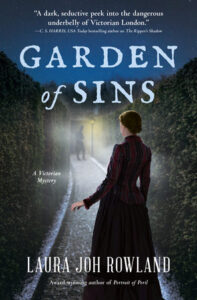 Laura Joh Rowland is the award-winning author of the samurai detective Sano Ichiro mystery series set in 17th century Japan, as well as a historical suspense series starring Charlotte Bronte. Her work has been published in 21 countries; nominated for the Anthony Award, the Hammett Prize, and the Barnes & Noble Discover Great New Writers Award; won RT Magazine's Reader's Choice Award; and been included in the Wall Street Journal's list of the five best historical mystery novels. Laura holds a Bachelor of Science and a Master of Public Health degree from the University of Michigan. She is a former aerospace scientist, a painter, and a cartoonist. She lives in New York City with her husband Marty. 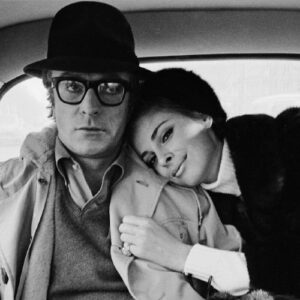 If you came to espionage fiction knowing nothing about spying, you would assume from reading the great spy novels of the last...
© LitHub
Back to top