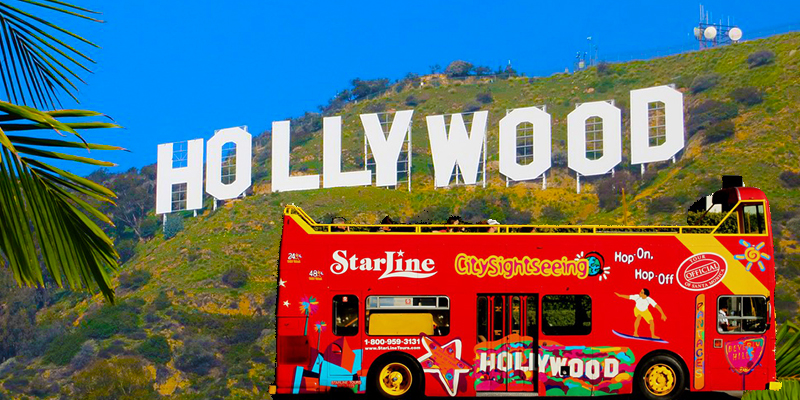 Bus tours offer a chance to (literally) revisit the end of the 60s. They also offer perspectives you can't find in true crime literature.

Fifty years ago on August 9th, Sharon Tate, along with houseguests and her unborn child, were murdered on Cielo Drive in one of the hottest summers on record in Los Angeles. For the four months that the killers remained at large—following up the murder of Tate by the at-first-unconnected LaBianca murders in Silverlake—Angelenos kept their doors and windows shut tight against the unknown threat, bottling themselves and their anxieties up like a pressure cooker.

There have been other crime sprees in the country, and even in Los Angeles, but few have commanded the imagination of so many for so long. From Quentin Tarantino’s new film, “Once Upon a Time in Hollywood…” which was the filmmaker’s highest grossing opening weekend ever, to Emma Cline’s The Girls, a novel published in 2016, loosely inspired by the murders and attempting to delve into the psychology of the young women thronged around Manson, the 50-year-old murders that, according to Joan Didion, marked the end of the sixties, continue to provide a source of fascination for many. So fascinating, in fact, that Los Angeles offers a variety of bus tours that trace the history and geography of the murders. Why do we feel so compelled to (literally) revisit it?

You can barely drive a mile in Los Angeles without seeing one of ‘em: a tour bus ferrying dozens (or more) to the destination du jour. There’s the stars homes tours, open-aired and often full, partakers holding a slim disc of a phone up to their face like a shield for blocks on end as they snap Instagram clickbait.

But there are other bus tours, too. These don’t look like the other busses on Hollywood and Vine or Sunset Blvd—they’re smaller, gray and muted. Inside, tourists might be expecting to peruse alleyways that lead to the scene of an infamous crime—where Bugsy Siegel died with the LA Times in his lap, maybe, or where the Black Dahlia’s mutilated body was discovered more than 70 years ago. As William Faulkner once said of Los Angeles: “They don’t worship money here; they worship death.”

Article continues after advertisement
You can barely drive a mile in Los Angeles without seeing one of ‘em: a tour bus ferrying dozens (or more) to the destination du jour

The intersection of both money and death plays no small part in the enduring interest in the Tate/LaBianca murders, spawning multiple tours in Los Angeles. There’s the Mansonland tour offered by Esotouric, a literary-focused tour company, and guided by host and author Brad Schreiber. The Mansonland tour offers a behind-the-scenes look at the “weirder, darker, and more complicated truth” behind the murders, purposefully diverging from the canonical narrative of the crime proposed by Vincent Bugliosi in the bestselling book Helter Skelter. Tour stops include the Fountain of the World cult site in Box Canyon, just a few minutes away from Spahn Ranch, and a commune that allegedly inspired Manson’s ideals and tactics. The tour also offers counter-theories to Manson’s motivations and the reality of the crime; perhaps most striking, it offers offers Los Angeles locals a chance to get inside the Manson myth by becoming an insider to a new theory of the infamous crimes. “Every neighborhood gets the crimes they deserve,” says Kim Cooper, one of the tour guides and co-founders of Esotouric. For the Tate legend, it seems to mean that the glamour of Sharon Tate’s young life was matched in death by Los Angeles’s inability to forget her.

Then there’s the Helter Skelter tour offered by Scott Michaels, owner of Dearly Departed Tours and a consultant on the recent Tarantino film, which traces the geography of the crimes over the course of a four hour tour offered most Saturdays of the year. Tour goers visit both the crime scene on Cielo Drive, along with the LaBianca house, the hillside where the bloody clothes from the killings were discarded, and more. “The tour is a geographic retelling of the crime. We use photographs, videos of different news clips relevant to the locations, and we can actually see through photographs what it looked like then versus now,” Michaels says.

The two tours offer very different Manson experiences for those looking to live inside the 1969 murders: an up-close look at the landmarks most deeply entrenched in the public consciousness of the crimes, or a divergent excursion that offers tour-goers a look at lesser known places that may have influenced the Manson Family, along with alternate theories of the crime.

No matter the tour, one truth remains constant: you can’t extricate the murders from Los Angeles as we understand it now. It’s become part of the city’s DNA, as much a part of the mythology of Los Angeles as Hollywood. In a city known for its inconstancy of landmarks, it’s striking how many of the landmarks associated with the Manson family and the Tate/LaBianca murders remain standing. El Coyote, the site of Sharon Tate’s last meal, still stands, despite middling Yelp reviews. The site of the LaBianca murders was recently purchased by Zak Bagans, host of Ghost Adventures. But the house where Sharon Tate drew her last breath no longer stands.

For Michaels, part of his fascination with the Tate/LaBianca murders comes from the sheer terror of the crimes. “I’ve always gravitated towards the things that frighten me the most…I tend to run towards the things that bother me the most,” he says. And both at the time of the Tate/LaBianca murders and now, the horror of what actually transpired—strangers bent on murder violating the sacred space of your home—is breathtaking in its ability to frighten. “That night changed so much, as far as people’s personal comfort goes—you were no longer safe in your own bed,” Michaels says. The murders linger around Los Angeles like a bad dream, puncturing the golden cocoon surrounding Hollywood. Despite her wealth and stardom and golden beauty, Tate was not safe from a nightmare. No one was.

“There’s always a danger, when you do true crime storytelling, of exploitation,” says Cooper. Visiting the scene of a crime, particularly an infamous one, can carry with it the potential to dehumanize the victims further, to turn what was the tragedy of someone’s death into a story to be consumed on a Saturday afternoon. But at it’s best, it can also ensure that victims aren’t forgotten. “It’s a thin line. People want to be entertained,” Cooper says. For his part, Michaels is quick to refer to the murders as the Tate/LaBianca murders, centering the victims and ensuring that the narrative never wanders too far from being their story.

But there’s more to the story, and it’s what we don’t know about the story that has helped hook us for the last fifty years. There’s still so much to learn about it, it’s shocking—50 years later, we’re still learning new nuggets of information [about the murders],” Michaels says. We’ll never be able to crawl inside Manson’s head; we wouldn’t want to.

Most of what the public knows about the Tate/LaBianca murders and Manson’s thrall over his followers comes from Helter Skelter, which as of 2015, was the bestselling true crime book ever. Bugliosi offered a convoluted theory involving the fomenting of a race war as the motivation behind the murders, a theory which, despite its leaps in logic, remained the dominant theory behind the crimes for decades. It’s a sensational story, but it muddies the waters in an odd way: the inexplicable becomes even more far out of reach, as if there’s no reaching beneath the news headlines to understand what happened that August. Maybe that’s why we’re compelled to seek it out, over and over and over again, walking in the same steps as Sharon Tate, trying to imagine a different outcome, a better future, a kinder Los Angeles.

The Best One-Star Reviews of Dostoevsky's Crime and Punishment 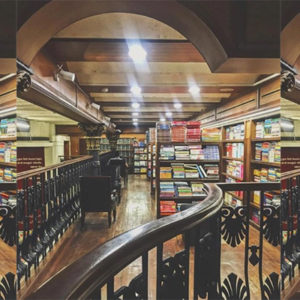 The door to Kitab Khana (“House of Books”), one of Mumbai’s leading English language bookstores, is tucked away behind...
© LitHub
Back to top