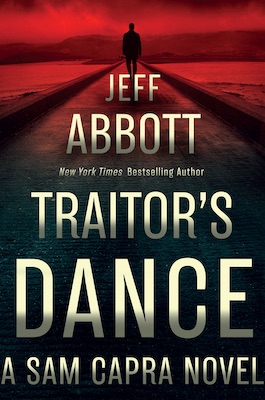 The following is an exclusive excerpt from Traitor's Dance, by Jeff Abbott, in which popular action hero Sam Capra returns after years of radio silence. Check out CrimeReads later this week for thoughts from Abbott about resurrecting a beloved character.

Sam Capra watched the assassin enter the middle school gym. Screams and cheers erupted as Sam’s son Daniel sank a basket. An excited dad next to Sam slapped his shoulder but Sam kept his gaze on the assassin. He watched the man scan the crowd—both teams’ supporters were on one set of risers on one side of the gym—and the man was careful not to look directly at Sam.

He’s here for me.

There was no other explanation for this man to be in the Austin suburb of Lakehaven. Sam was the only reason.

Sam watched the man wait until the action had moved toward the opposite basket, and then move quickly to take a seat on the third row. Sam was certain the assassin had seen him, probably through the glass doors before entering the gym, and would not telegraph a look toward Sam. He wore a gray-and-red polo, close to the colors of Lakehaven Middle School, same as Sam and many other parents there. Trying to blend in. Not be noticed.

He glanced at the game clock. Two minutes left in game time. If the assassin was going to make his move, he’d wait for the crowd to thin—the players’ parents, and the team itself, were the last to leave.

Sam would have to get Daniel and everyone else clear of danger, see if another parent could take Daniel to their house, manufacture a quick little lie. Stay behind and get rid of this guy.

Or Sam could walk out right now; the killer would follow surely. And then the departing crowd might find the man’s body in the parking lot. It wasn’t enough time to dispose of a body. He was unarmed at the moment, but he had a Glock and a combat knife hidden in his SUV.

But the man might not take the bait, and other parents would wonder why he was bolting at the end of such a close game.

Lakehaven down by two points. Daniel stole the ball and drove toward the basket, got it stolen right back from him. Daniel’s face wore that look of frustrated concentration that Sam knew well.

The other team scored; one of Daniel’s teammates and best friends, James, responded with a fast score. Down two again. A foul against the other team, but the shooter missed the free throws. Sam risked a glance toward the assassin.

The man remained in place, apparently mesmerized by a middle school basketball game.

Next to Sam, Matt, who was James’s dad, whooped as if he were at the Super Bowl and not watching a bunch of thirteen-year-olds.

Sam’s gaze locked on the assassin. Worst case: Sam killed him in front of people. It would mean the end of their lives here in Lakehaven, being resettled elsewhere by the government, uprooting Daniel’s life and explaining finally to him what Dad really did for a living. He watched the assassin lean toward another parent, say something, laugh.

Ten seconds. Daniel had the ball. Attempted the shot. The ball bounced, rolled on the rim . . . and went in.

The Lakehaven crowd erupted into cheers; Daniel was mobbed by his teammates. In the heady celebration of victory, of the first time he’d ever made the winning shot, he turned to see his father not looking at him but staring somewhere else, lower on the stands.

Yes. Sam calculated the odds. That meant people would be around his son—coaches, parents, excited players, and students. That meant the assassin couldn’t get near Daniel. So Sam could lure the man outside into the darkness.

Now the two teams lined up for their handshakes.

Sam watched the assassin stand, clapping like the other adults. Now the man looked up at Sam. Gazes met. Then the assassin looked back at the court, stopped clapping, crossed his arms.

Crossed arms made it slower for him to produce a weapon. Sam stared.

“Wow, Daniel’s improved so much,” Matt said to Sam. “Did you get him a private coach?”

Sam kept his gaze on the assassin. “No, we just practiced more when I was home,” Sam said. Matt was patting Sam on the back, as if Sam had scored the points.

The two teams did their walk-by handshakes. Daniel didn’t look up at Sam as his team retreated to a corner of the gym and had their postgame meeting with their coach. Most of the crowd began filtering out of the gym. The assassin stayed put, no one interacting with him.

Sam let the words of the other parents wash over him: the excitement, the complaining about the coaching, why hadn’t so-and-so gotten more playing time (it never failed to amaze Sam what parents would say in front of each other when it came to sports). One of the moms started talking to Sam, reminding him he was due to work the concessions booth next week at the A team game (Daniel was on the B team). He turned, smiled, nodded, started making his way down the risers toward where the assassin stood.

Get him out, away from everyone. On the opposite side of the parking lot was a pedestrian exit that fed out to a tree-covered hillside. Dark, quiet. He glanced over at his son, who had his back to him, and thought: This will not be the last time I see you.

The assassin walked toward him. Now with both hands full. One holding a red-and-gray pom-pom some of the students had been waving during the game, the other hand holding an envelope.

Sam stepped toward him, away from the other parents, no one paying attention to them now.

“I know what you are,” Sam said, putting a cordial smile on his face.

“Do you?” He had a low, careful voice. Vague accent, the kind an American who lives in Europe for a long time tends to pick up.

“I saw you. In Paris. Six years ago. We were both dispatched for the same job due to crossed wires with intel agencies. You got to the target first.” He shrugged. “Clean, efficient job you did.”

The assassin’s smile didn’t waver, and he didn’t seem upset Sam mentioned such a delicate subject in a crowded high school gym. He was about ten years older than Sam, gray touching his black hair. “I moved into management in Section K, I don’t do . . . that . . . anymore . . . Like you, I am now a fixer of problems. I need your help.”

“I’m not sure I believe you. I’m leaving now with my son. Do not follow us. If Section K needs me, they can contact me through regular channels.”

“Actually, they can’t, Sam. Not this time. Because there can’t be a trace of what this job is about. No records, no communications, no history. Completely dark.”

“You show up at my son’s game and you want to talk shop?”

“Get your son settled for the evening. And then walk down to your neighborhood’s mailbox station. We need to talk. I mean you and him no harm.” He held up the pom-pom. “Your boy’s got a nice shot.”

The assassin turned and left.

Two August Thrillers That Complicate the Definition of Victim 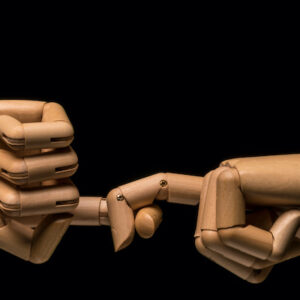 Two August Thrillers That Complicate the Definition of Victim To tell our stories is to attempt to make sense of the seemingly unsensible. Singular events, fractured relationships, times...
© LitHub
Back to top