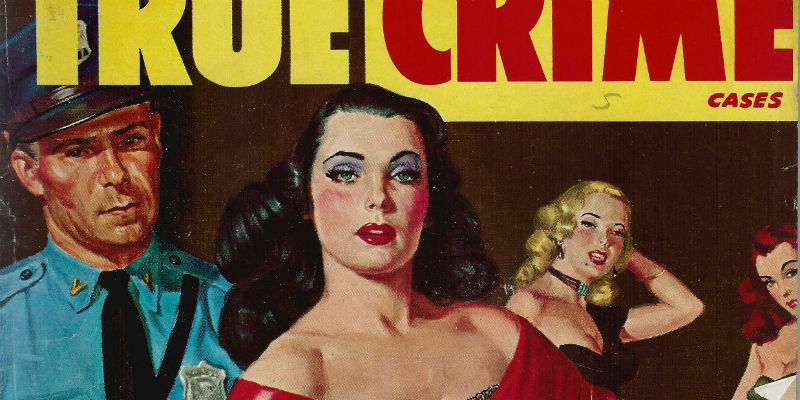 The Most Pressing Questions from the World of True Crime

Is the “true crime boom” real? I remember as a kid true crime was always on TV and I really liked it…is anything actually different now or are people just paying more attention to their interest in true crime?

If you skim the headlines, it definitely feels like we’re at an unprecedented level of true crime cultural saturation. You’ll see phrases like “the post-Serial true crime boom” and “the hidden danger of TV’s true-crime boom” and “the unstoppable power of true-crime documentaries” and “those who profit from the true-crime boom.” You’ll see insane spin-off products like serial killer socks and true crime advice columns. You’ll encounter think pieces saying true crime is good, think pieces saying true crime is bad, and an exhausting number of think pieces wondering why women are so into the genre. Paste declared recently that “the genre…has been strip-mined to exhaustion.”

That may very well be true. We are clearly in the midst—or at the peak?—of a very specific sort of true crime boom that was midwifed into being with “prestige” true crime like Serial and Making a Murderer and The Jinx also sort of True Detective (not true crime, but certainly glossy!). Serial was ground-breaking at the time, but today, there are too many true crime podcasts to count (a fact that I must vigilantly ignore because I, alas, have a true crime podcast). And this glut of content is usually chalked up to some insatiable, bottomless appetite for hot serial killers found in (mostly) the female of the species. Cue the think piece cycle. (“Cyber-Snorefare: Why Murderinos Are The Threat You Should Really Be Worried About.”)

But I don’t think that’s the entire picture. If we’re going to think seriously about today’s “true crime boom,” we should also consider 1) how new that “bottomless appetite” really is and 2) where that “glut of content” is coming from.

(1) Re. appetite: We have always been, and will always be in, a true crime boom. (This makes it less of a boom, of course. Let’s call it a true crime hum.) Though “true crime” as a literary genre can be credited to the 1966 publication of Truman Capote’s In Cold Blood, humans have been devouring stories of real crimes for eons. I will bet you $5 that cavewomen swapped stories about the wife from the next cave over who tragically lost her husband when he “accidentally” ate some poisoned berries. There’s nothing new or timely about the desire to hear a scary story. This is why pearl-clutching articles about the “true crime boom” annoy me so much; why don’t we also write articles about the “slowing down on the highway to see the car crash boom” and the “gossiping over your friends’ divorce boom” and the “spreading urban legends about razors in candy boom”? Let’s face it, my fellow humans, we are weird. As far as I know, we are the only species that has invented a game called Fuck Marry Kill.

You think today’s “true crime boom” is a bit much? Try living in 1893, when the house of murderess Lizzie Halliday was taken apart piece by piece by tourists desperate to own a little slice of her domestic bliss…

You think today’s “true crime boom” is a bit much? Try living in 1893, when the house of murderess Lizzie Halliday was taken apart piece by piece by tourists desperate to own a little slice of her domestic bliss (and what bliss it was! Her kitchen couldn’t have been cozier, if you just ignored the one loose floorboard and the husband rotting beneath it with his left eyeball hanging out of the socket…). Try living in 1908, when people thought it was totally cool to take home real bones from the yard of serial killer Belle Gunness, while young entrepreneurs sold postcards of her victims’ putrefying body parts to the rubbernecking masses. No matter how many times you see the phrase “true crime boom” billed as something of-the-moment, remember that these stories have been humming along beside and among us since the beginning of time. Not to bring up Cain and Abel in every column, but…Cain and Abel, anyone?

(2) Re. content: Today, we’re in a true crime boom because we’re in an everything boom. We are drowning in content these days: with an Xfinity subscription, a Hulu login filched from your kid cousin, and a bit of honest American God-given laziness, you can literally “stream content” until you die. Is there a lot of true crime content floating around these days? Yes, just like there are a lot of music videos and Gossip Girl knock-offs and stand-up specials floating around these days, not to mention so many original Netflix shows that they’ve been mocked on SNL. And I’m not even going to mention the podcasts again.

Sometimes, in the zeitgeist, I detect a distinct note of distain for all the women—sorry, all the people—who are consuming this stuff, as though it’s our fault that the content is being made. As though it’s our fault that we just got a four-part Netflix docu-series about Ted Bundy shoved down our throats as the Zac Efron as Bundy movie that no one asked for looms on the horizon. I think this disdain is totally nuts. This content exists because giants like Netflix, Hulu, and HBO have noticed the runaway success of those aforementioned prestige true crime shows and are now desperately trying to create the next Making a Serial Jinxer or whatever. You think the public is demanding a Ted Bundy documentary and movie, or two Fyre Fest documentaries, or two projects about grifter Anna Delvey? No. These sorts of overlaps are a sign that corporations are clawing each other’s eyes out for the next big thing, not a sign that true crime fans have somehow gone off the rails.

So is the true crime boom real? Yes, but I’m not convinced the appetite has changed from when you watched true crime TV as a kid, or when your great-great-grandpa plucked bones from the muddy yard of a killer back in 1908. I think the desire is and has been and will always be there, but the market has taken more notice of it than ever before, and they’re rushing at us, fangs barred, headed straight for our willing throats.

Who do you think killed JonBenét?

When it comes to the murder of poor, sweet, innocent, 6-year-old JonBenét Ramsey, I come to a rolling stop, look at the house in Boulder, Colorado with naked horror, let out a single “NO,” and take a sharp turn down conspiracy theory lane.

I know most people think that the murderer—in classic horror movie fashion—came from inside the house. I think it’s fair to say that most people think it was Burke, the brother, right? On that, I’m torn: the Ramsey family behaved so oddly that it’s very tempting to pin it on them, but at the same time, it’s pretty clear that those same suspicions gave the cops tunnel vision, and that tunnel vision may have ended up letting the real murderer slip away. (Also, how do you explain the DNA from an unknown male that was found on JonBenét’s clothes?!) These days, as one Rolling Stone article puts it, “The list of people linked to JonBenét’s murder is as winding as the spiral stairs that led to her corpse in the basement.”

My first glimpse into the world of JonBenét conspiracy theories came when I was listening to the Last Podcast on the Left episodes about her murder, in which they floated the idea that the child was killed as part of a corporate/government conspiracy to ruin her father, John Ramsey. The theory involved 9/11 and a child pornography ring, as all solid conspiracy theories do. Or what about the theory that JonBenét lived and grew up to be…Katy Perry? The evidence is pretty irrefutable: the two kind of look alike, their eyebrows are similar, and in Perry’s memoir, she hides the truth in plain sight by writing, “Not that I was one of those stage kids. There was no JonBenét Ramsey inside of me waiting to burst out.”

In the words of that X-Files poster that hung on the wall of Mulder’s office, I want to believe. It’s easier to pore over conspiracy theories than to imagine that a brother, a mother, a father, or even a neighborhood pedophile killed a six-year-old girl who never had a chance. If JonBenét died because John Ramsey knew too much, blah blah blah Dick Cheney 7 World Trade Center controlled demolition Painful Questions: An Analysis of the September 11th Attack, then suddenly her death is linked to something big, malevolent, and man-made. Superagents sneaking into her house on Christmas, leaving the world’s most perfectly confusing crime scene, and then vanishing back into their sleek black vehicles and disappearing into the night—oh, that’s why we don’t know who killed her, because we couldn’t possibly know, because we are weak in the face of that sort of power. A brother, with a flashlight? An abusive father with a garrote? These are things that feel like they should have been prevented, and if not prevented, than at least solved, and to believe that they weren’t leaves us with a sense of impotent rage. In a way, the 9/11 answer is the more comforting one.

Bellini and the Sphinx 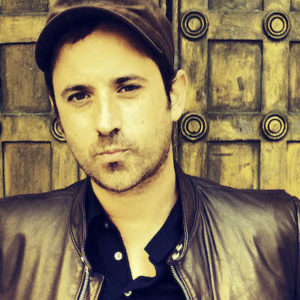 Folks in the horror lit scene have been very aware of Josh Malerman since his debut novel, Bird Box, was published back in 2014....
© LitHub
Back to top