Was the celebrated/ridiculed show's second season actually in keeping with the tradition of California Noir?

It’s time to revisit the scene of the crime. Witnesses to this particular crime call it one of the most horrifying things they’ve ever seen, destroying forever their sense of what’s right and wrong in this cruel world. Others have forgotten the crime happened at all.

We’re talking, of course, about the second season of “True Detective,” which, despite airing in ye olden days of 2015, is still capable of sparking intense discussion among noir aficionados. Those eight episodes have their fans, but so many more people seem to think it was an unholy mess, if not a high crime against art itself.

But was it really that bad?

A quick refresher: The first season of “True Detective” starred Matthew McConaughey and Woody Harrelson as Louisiana detectives Rust Cohle and Marty Hart, who pursue a serial killer over multiple decades. It won a couple armfuls of awards for HBO and unleashed a barrage of memes playing off Cohle’s existentialist musings (“Death created time to grow the things it would kill.”). It also made stars out of Nic Pizzolatto, who wrote all the episodes, and Cary Fukunaga, who directed them.

When it came time to craft a second season, Pizzolatto decided to super-size things. Set in Southern California, the story centers on four characters. There’s a California Highway Patrol Officer named Paul Woodrugh (Taylor Kitsch) who has a hideous past as a war criminal—but who seems more concerned about people finding out he’s gay. Riding his motorcycle one night, he comes across the body of a butchered city official, Ben Caspere, and he’s assigned to the investigation along with a stereotypically miserable wreck of a detective named Raymond Velcoro (Colin Farrell) and uptight, deeply wounded sergeant Ani Bezzerides (Rachel McAdams).

As you might expect, all three of these detectives have demons even several lifetimes’ worth of therapy won’t cure. But they’re all decent investigators, and they quickly discover a deep layer of rot and corruption among local officials. If that wasn’t enough plot threads, Pizzolatto throws in Frank Semyon (Vince Vaughn), a onetime gangster who tries to go legit by investing a lifetime of shady earnings into a California high-speed rail project, only to be ripped off by Caspere before his mysterious demise. As the detectives try to figure out Caspere’s killer, a broke Semyon returns to his old ways to drum up cash—irritating a whole lot of shady characters in the process. 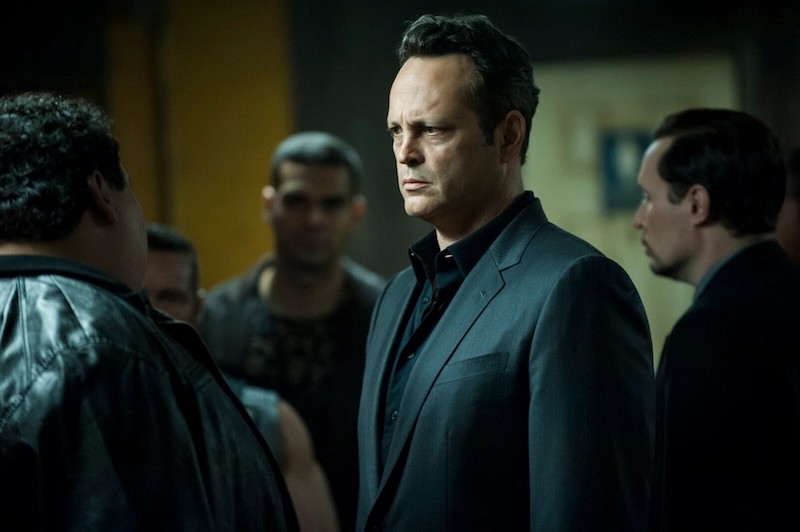 HBO expected a hit, but when the second season came out, many of the reviews were excoriating. In Vox, Emily St. James declared the narrative an absolute disaster, from an “overcomplicated” yet “predictable” plot to the lack of a coherent directorial vision. Hordes of Twitter and Reddit commenters likewise took a flamethrower to it: “Every character was trying to be Rust Cohle without any straight man to ground them in reality,” one commenter wrote on the latter platform—and that was one of the kinder (and less profanity-filled) takes.

It’s hard to find someone who would defend the season as a masterpiece. But let’s spare a moment for the contrarian view: Pizzolatto and the new directors (Fukunaga having decided to sit this one out) managed to create eight episodes that encapsulate both the sublime and messy bits of California noir in equal measure. If parts of the season seem confusing and convoluted, and the characters occasionally play like two-dimensional parodies of noir archetypes, well… the classics of the subgenre established that precedent.

For example, “The Big Sleep”—arguably the Urtext of California noir—had a plot so infamously convoluted that even Chandler didn’t know (or care) who killed the chauffeur. You practically need a whiteboard to follow James Ellroy’s sprawling narratives. Polanski’s “Chinatown”—call it the Ur-film of California noir—offers the viewer a tangle of incest and murder against a backdrop of fights over water rights, and even with the excellent screenwriting, it’s still difficult to keep all the details straight on the first watch. (Thomas Pynchon’s “Inherent Vice,” with its twisty plot-points and 1970s L.A. setting, can be seen as a gentle sendup of such labyrinthine plotting.)

Pizzolatto’s characterizations come off as stilted clichés at moments, true, but he’s only riffing on one of the mainstays of the genre. When Vince Vaughn growls something like, “Never do anything out of hunger, not even eating,” or Colin Farrell offers to commit an unmentionable act to a headless corpse, is it really so different, at least thematically, from what Bogart or Mitchum might have murmured in a film from a bygone era? The difference is that Vaughn, Farrell, and McAdams deliver every line with the same deep gravity, whereas the noir stars of yesteryear were inclined to smirk as they did so—they seemed intensely self-aware of how they sounded, which sold it.

There are also many things Pizzolatto did right. At its best, the season plays as an amped-up mix of John D. MacDonald’s “The Green Ripper” (the one where Travis McGee ends up fighting a weird California death cult), “Chinatown,” and an Ellroy novel, mixing shady real-estate deals and fallen gangsters and corrupt cops and creepy orgies and murders into a sour cocktail. Scenes play like a California travelogue written by a latter-day Ross Macdonald, from mansions in the Hills to L.A.’s industrial stretches to the scenic coastline. It is, to put it mildly, a lot, even for genre aficionados—but if you’re in the right mood, especially if you’re craving an unadorned, unapologetic old-school noir experience (good or bad), it can be exactly what you crave.

Why did the second season of “True Detective” seem to invite such animosity? Given how the first season’s combination of Southern Gothic and nihilistic philosophy racked up such critical praise and online fandom, it was perhaps inevitable that anything short of perfection the second time around would spark a massive, collective letdown. But the second season has more in common with the first than some critics would like to admit—the revelations of the killers are treated like afterthoughts, and we’re never given much reason to care about the victims. As a writer, Pizzolatto seems less interested in the whodunit than crafting a character study.

Season two also carries forward the first season’s inclination to weave an oddly redemptive thread running through the characterizations, an inner light at the end of the tunnel. Even if they end up wounded, dead, or exiled in another country, many of the characters give you the sense of having moved past their challenges. For all the online crap shoveled onto Farrell’s Velcoro, the disgraced cop pulls off a pretty neat trick for a noirish archetype, becoming more sober and competent as the pressure on him steadily ratchets up to unendurable levels. McAdams’s Bezzerides, who starts the second season as an emotional time-bomb, ends it in a place of determination and calm. Sure, other characters don’t make it to the finish line, but that’s okay—in the grand California tradition, they had the chance to achieve a little self-realization before they went.

In the end, Pizzolatto couldn’t transcend Chandler or MacDonald or Towne or Nunn any of the other writers who defined California noir. But if you view the second season of “True Detective” on its own terms, it’s pretty good.

11 Mysteries and Thrillers That Are So. Much. Fun. 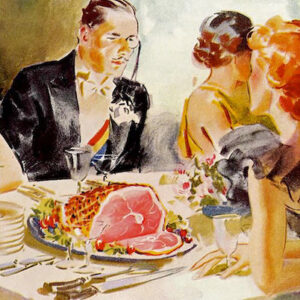 Culinary cozy mysteries have become a larger slice of the crime fiction market in the last two decades, mirroring the popularity...
© LitHub
Back to top