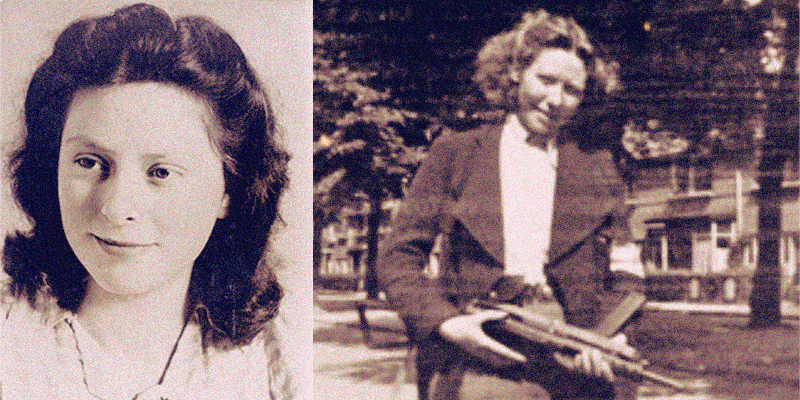 Like most sisters, Truus and Freddie Oversteegen did not always get along. Truus, as the older of the two, was more assertive and dictatorial, and felt she was entitled to boss Freddie around. Freddie on the other hand was eager to display her independence. Freddie had grown into a pretty young woman with soft curls in her hair, a dimpled chin, and a smile that was both mischievous and fetching. She moved with the lightness of a dancer and flitted about Haarlem like a sprite on her bicycle.

Truus was more of a tomboy than her younger sister, particularly when she put her hair up under a cap to bike. Her mannerisms were like a guy: she would sit with her knees apart, taking more than her share of space on the couch, while Freddie’s legs were always carefully crossed and unobtrusive. The truth was that Freddie could be an annoying little sister, a bit of a tagalong, and more than willing to let Truus take the lead when it suited her, the better to carp at her decisions later. And Truus could be a bit of a bully with the casual arrogance of a big sister.

Still they worked well together. To distribute the Trouw (The Faith), an underground and illegal newspaper that reported on the transgressions of their German occupiers, they worked as a team. One of the girls would serve as a lookout while the other stuffed the paper into the bags of strangers riding the bus or walking on the street. To advertise itself, the paper, which was published by the Party, devised bold slogans cut from stencils made by their mother Trijntje, and pasted on the walls by the girls. They felt free to paste right over the German announcements posted all around the city. One of the girls would stand blocking the view of passersby while the other worked on the wall.

After the German invasion of Russia, the girls were given a large banner to place directly over some government announcements on a wall by the side of the train tracks to Heemstede. It was a tribute to the Brave RussianPeople, which was a lot of words to plaster up on a wall under duress, but working together, the girls managed it. They were particularly pleased with this one. The bold sign became the talk of Haarlem, and the girls took pride in their joint labor.

They were of similar mind on another matter too: when Frans van der Wiel showed up at their front door—tall and slim, and wearing a fedora and long wool coat over a jacket and tie—both could appreciate his movie-star looks.

It was Trijntje who went to the door at his knock. She knew who he was through her Party connections, and immediately let him in. Meanwhile, Truus and Freddie were peeking through the sliding glass doors to the entryway, whispering and elbowing each other. They tried to be cool when their mother opened the doors and introduced him to her daughters.

Frans was quite formal, taking off his hat and shaking first Truus’s hand and then Freddie’s. He introduced himself, and much to Truus’s chagrin—she didn’t want to seem déclassé—sat in the lumpiest chair in their living room. She and Freddie were surprised when their mother excused herself and left the girls alone with their guest.

Her reasons quickly became apparent when Frans announced the purpose of his visit. Frans was putting together a resistance group in Haarlem and had heard from members of the Party that Truus and Freddie were intrepid activists in the movement. What he had in mind was a lot more subversive, a lot more violent, and a lot more dangerous than anything they had been doing before.

Their tasks would include acts of sabotage and the use of weapons. He mentioned the Russian partisans as an example of the sort of organization he had in mind. The first rule of the group would be that they could not breathe a word about what they were doing to anyone, not even to their mother.

In the Soviet Union, women and girls had been fighting the Germans since the invasion began. The Huns typically underestimated women, and the last thing they expected was for young women to be fighters. Which would make Truus and Freddie especially valuable to the Dutch cause.

Truus and Freddie might be called upon to blow up bridges and trains. They would have to learn how to use a pistol, throw grenades, and detonate bombs. As Frans lit a cigarette and fixed the girls with a sobering stare, he asked, “Do you think you could shoot someone?”

It was an extraordinary question to put to two teenage girls. Then again, with Holland occupied by a foreign nation, the streets filled with black-shirted thugs, and helmeted Germans roaring around on motorcycles and sidecars, these were hardly ordinary times.

Freddie was first to respond. “I’ve never done that before!” she blurted out, which was obvious enough already.

Truus was more circumspect, genuinely considering the question, as if she had been mulling over the possibility for a long time. And, in fact, both of the Oversteegen sisters had been reared on the fringes of radical political behavior. They had been part of their mother and father’s political lifestyle from infancy onward. She thought about the day earlier that year when she thought she and her friend Arie were being followed. If she had had a weapon and they had been apprehended by the man in the shadows, what would she have done? Would she have been able to pull the trigger?

Yes, she told Frans, she thought she could kill “a real fascist, a swine who takes people from their homes to have them executed.” But she hesitated over other possibilities: not all Germans soldiers were Nazis after all.

Frans assured her crisply that in his resistance group they would make certain that any executions would be Gestapo or blatant traitors. There would be no mistakes. He mentioned the Guezens, the first Dutch resistance group. He said that they’d been betrayed from within, that there might be circumstances when the girls would be asked to take action against one of their fellow Dutch citizens, a traitor to the cause. Could they do that?

As for the idea that not all Germans were bad, Frans was almost contemptuous. The Nazis controlled Germany and they had invaded Holland. They actually thought they were being kind to the Dutch, but what was to come would only get worse. They would cut back on liberties; they would reduce food and clothing. They would take everything that wasn’t nailed down.

The interview came to an end when Frans stood up. The sound of shuffling chairs brought Trijntje back to the living room. Acting formal again, he tipped his hat and bid the girl’s mother adieu. Truus and Freddie walked him to the door, where he whispered that he’d need an answer in two days.

He added an ominous note: once they were in the group, there would be no turning back. 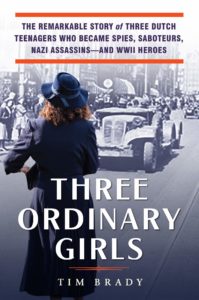 Tim Brady is an award-winning history author whose critically acclaimed books include Twelve Desperate Miles, A Death in San Pietro, and Three Ordinary Girls. He has written and helped develop a number of television documentaries, including the Peabody Award-winning series Liberty! The American Revolution. 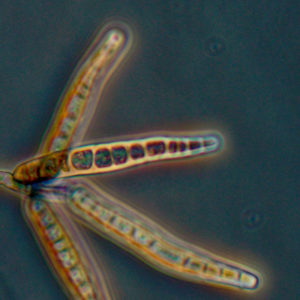 Bloodthirsty—that’s how Dr. Ben Park described the fungus. Once injected into some patients’ spines, Exserohilum rostratum...
© LitHub
Back to top