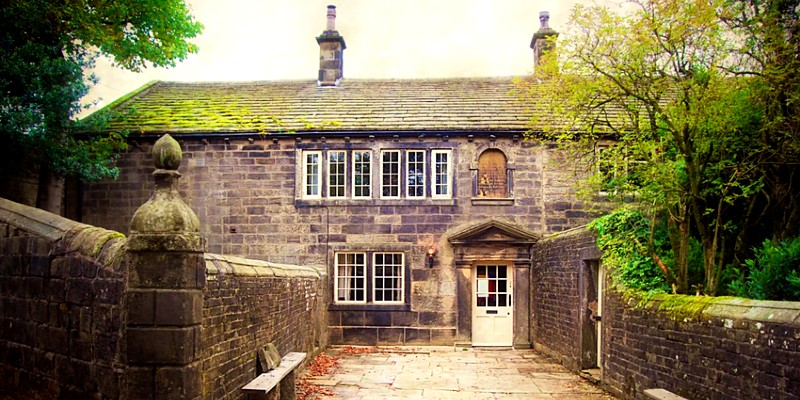 Creepy houses can be found throughout literature. And that was before "smart homes" came around.

Ah, the promise of a smart home! It sounds so alluring, so practical, but could it end up being one giant nightmare? My heroine Clarissa is thrilled (at first) to be living in a new apartment which has so many automated and remotely controlled functions, connected cameras and microphones, and where her every movement is monitored for her “security and wellbeing”, at least, that’s what she is told. But as the days go by, her suspicion flares up and Clarissa’s nights will never be peaceful again. Why does her virtual assistant seem to know everything about her past? Why does she feel her dreams are being tampered with? Who is watching her? And what for?

Yes, a neighbor used to be the bad guy and not so long ago, a ghost was the scary element, but in Flowers of Darkness, the modern home is the creepiest entity ever, and this is certainly not something I made-up. We have all heard about monitoring being usurped for surveillance purposes, about hackers, malware, peeping toms, disruptions, about the mass amount of data and personal information collected by devices that are always listening, always watching. I wove my tale around the growing fears of technology tampering with our privacy, but this isn’t a savvy tech book describing the latest tools that do that, this is about how we react when our private lives are invaded, and how this uncomfortable truth digs into the very core of our intimacy.

I grew up hooked to frightening house stories, both in literature and in film. I’m quite sure this enduring fascination was abetted by devouring Edgar Allen Poe at an early age and in particular, The Fall of the House of Usher and The Tell-tale Heart which both disclose distinctive, forbidding abodes. I became an avid bookworm as a child, already realizing that my favorite tales were all to do with homes: the ones described in Frances Hodgson Burnett’s books, in Anne of Green Gables, in the Narnia series as well as Satis House, in Great Expectations, Tara, in Gone with The Wind, Manderley, in Rebecca, Thornfield Hall, in Jane Eyre, Wuthering Heights, in the novel of the same name, without overlooking Gatsby’ mansion on Long Island, Count Dracula’s ominous castle, and Pemberley, dear to Jane Austen.

As well as reading late into the night with a flashlight under the blankets so my mother wouldn’t catch me out, I reveled in terrifying movies which, not very surprisingly, all had to do with houses. I’ll never forget the angst I felt watching The Amityville Horror for the first time, and the blackish blood oozing out of bathroom taps, nor the dread of the upstairs neighbor in When a Stranger Calls. Later, I cowered as I viewed the bathroom scene in The Shining and shuddered all the more thanks to Rosemary’s Baby and the lugubrious corridors joining one ill-fated Dakota building apartment to the other.

So, why houses? Why homes? Why did they appeal to me visually and emotionally? Was it because they had stories to tell and those tales never bored me? When I started to write as a young girl, homes naturally found their way into my prose. Houses were like characters, and to me they were just as important. I steadily introduced them into my narratives, and most of my books have evolved around them, like Sarah’s Key, for example, in which a macabre family secret spanning sixty years is discovered though a Parisian apartment, and The House I Loved where my heroine, Rose Bazelet, fiercely fights Baron Haussmann’s reshaping of the city in order to preserve her beloved family residence.

Writers’ dwellings also enthralled me, and I felt captivated when I visited Daphne du Maurier’s home in Fowey, Cornwall, where she wrote her first book in 1929 and where her son now lives. I remember standing, awed, in front of the window giving on to the estuary where her desk used to be. I felt the same way in quaint Monk’s House, Virginia Woolf’s country home near Brighton, which has been left exactly as it was since she took her own life in 1941. I almost expected her to walk into the green walled, low-ceilinged living room from the extraordinary garden, her gardening shears in one hand, and in the other, the flowers Mrs. Dalloway would have chosen for her party,

How could I ever write about houses differently, choose another path to express my obsession with them? That’s when I got the idea: setting my story in the near future and describing a frightening “smart” home. I had no intention of writing a science fiction book, not even a dystopia, but I must admit I was inspired by Margaret Atwood’s The Hand Maid’s Tale, as well as the TV show adapted from it. The Black Mirror TV series which explore the future from a very different and personal angle, also intrigued me. Little by little, my heroine began to take shape, and so did my story, a journey into a fragile woman’s paranoia. Clarissa discovers her husband is unfaithful and decides to leave him. She moves into a highly sophisticated artistic residence, hoping to find a new start here. But slowly, her past and her traumas come back to haunt her.

I felt alarmed myself when I described a surveillance robot roaming the Residence Clarissa now lives in. I gave it a new look and a new name, and I crafted it into something that would truly scare me. Under Clarissa’s agitated and incredulous gaze, it lengthened out, modifying itself, changing its shape. She saw a long iron silhouette unfold, taking its time, unfurling upwards as it grazed the ceiling. Clarissa had never seen one before, but she knew what it was. A Bardi. One of the most elaborate and redoubtable guard robots ever, overpriced and efficient.

Clarissa is a writer obsessed with places and the memories that are linked to homes and the past. She is convinced that the new “smart home” she now lives in is trying to use her creativity for the purpose of artificial intelligence. Are Clarissa’s fears accurate, or is she, like many isolated people, the victim of her fertile imagination? I leave that up to the reader to decide. But one thing is for sure, as technology expands, it could very well be that the scariest home stories are yet to come. 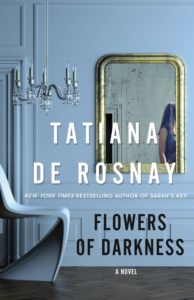 Tatiana de Rosnay is the author of over ten novels, including the New York Times bestseller Sarah's Key, an international sensation with over 11 million copies in 44 countries worldwide. Together with Dan Brown, Stephenie Meyer, and Stieg Larsson, she has been named one of the top ten fiction writers in Europe. De Rosnay lives in Paris. Her latest novel, Flowers of Evil, is now available. 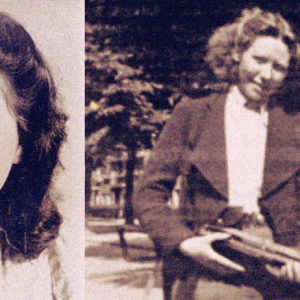 Like most sisters, Truus and Freddie Oversteegen did not always get along. Truus, as the older of the two, was more assertive...
© LitHub
Back to top