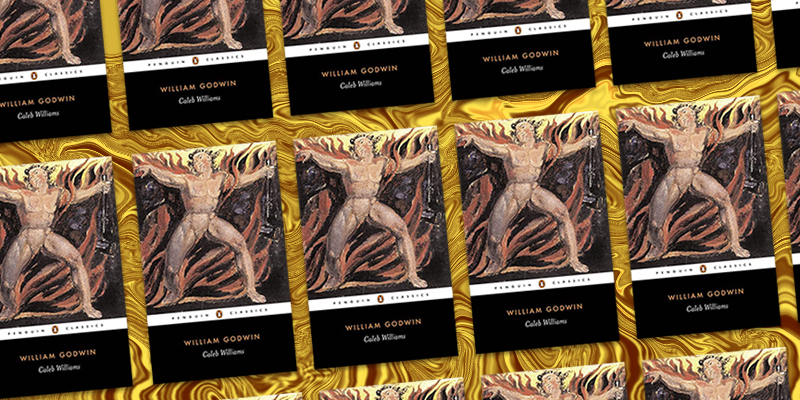 "The reader can see the seed of many other stories of crime fiction in Caleb Williams..."

Turning points are incredibly important landmarks in crime fiction. They are the peak or series of peaks we climb to, where everything shifts inside the story. These moments are when we realize nothing is what it seems. Once we reach them, whether it is the climax of the book or an earlier point of change, we have new information.

At the start of a book, a sleuth walks into a situation with no idea of what has created it. Who has “the scene” been set for? Who has carefully crafted lies in order to create an impression? A turning point occurs when critical information is revealed.

While reading a work of seventeen-nineties fiction, I discovered that the turning point literary device has been in use a very long time. Crime fiction, did you know, has been around since long before Edgar Allen Poe and Wilkie Collins. Journey with me into the novel of a rather forgotten literary celebrity of yore, William Godwin.

William Godwin, the father of Mary Shelley (Frankenstein, most famously) and father-in-law/mentor of Percy Bysshe Shelley (Queen Mab etc.) wrote, in Things as They are, or Caleb Williams, one of the first crime fiction novels, in my opinion. This celebrated and bestselling 1794 novel expressed in story form his philosophy, how he saw the world, whether or not his understanding, or fantasy, of the British legal system of the late eighteenth century was correct or not.

Considered compulsively readable in its day, it starts out as a murder mystery. Caleb Williams is a lower-class boy of promise, pulled into the aristocrat Ferdinando Falkland’s orbit by his mental acuity. But when he goes to work as the man’s assistant, he realizes the aristocrat has a secret.

There are a number of ways to treat with this novel. Is it crime fiction? Anarchist fiction? Gothic fiction? Gay fiction? Man-against-the-world fiction?

I was fascinated by the mystery aspects of the tale. We come to learn that an evil aristocrat, Tyrrel, was murdered right after attacking Falkland at a party some years before. The Hawkins men, a peasant and his son, are soon hung for the crime. But did they really do it? They certainly had motive, but they were not the only ones. Besides, Tyrrel was so evil that he deserved to die. Is the real crime his death, or the Hawkins men dying for it, in order to restore justice in their town?

Falkland has a chest in a small room in his house that he is obsessed with, and the reader is told his personality has warped since the murder. Caleb becomes preoccupied with the chest as well, and wants to know the truth about his master. He does not trust the saintly scene that has been set.

When fire attacks the Falkland house, Caleb takes the opportunity to break into the chest. Is he attempting to save the contents, or uncover the truth? Falkland catches him and commits a new crime. The book posits that no man can be free of aristocratic influence on his life. It is despotism. When Caleb tries to quit his job, he is not allowed. When he tries to escape, Falkland frames him for a crime. Is another peasant going to die in an aristocrat’s place?

In truth, both men have made bitter mistakes. Falkland might be a murderer, but Caleb damaged his employer’s property. Still, when you are a peasant, not an aristocrat, the punishment does not fit the crime.

Because of this turning point, the novel becomes about the chase. Caleb tries to run, and the hand of Falkland is ever after him, destroying his life. Falkland is not a saint after all, but a sinner.

The reader can see the seed of many other stories of crime fiction in Caleb Williams. It is a compelling read even now, whether or not you accept William Godwin’s notorious philosophy, which came to inspire anarchists and is spelled out in his masterwork Political Justice – then watered down as he aged in a couple of subsequent editions.

I saw echoes of Caleb Williams on multiple levels in the new elite climbing thriller Breathless by Amy McCulloch. As presented, there is nothing more lawless, but also strangely hierarchical, as the mountain-climbing community. The narrator is only as reliable as the information she receives and at about the eighty percent point of the novel, everything she thought she knew changes. I’m afraid to say more for fear of giving away the ending, but I felt echoes of the eighteenth century in the story, no less because modern communication is hard to manage at the top of the world.

In my A Twist of Murder, the fifth A Dickens of a Crime novel, like in Caleb Williams, an outside event occurs that changes everything. Godwin chose fire to open his story wide. I picked a medical disaster to create a turning point.

At the start of my novel, Charles Dickens walks into a school setting he thinks he knows. The headmaster is an old friend, the father of his coworker, (and main series player) crime reporter William Aga. Charles and William have been paying for three orphans to attend the school, so Charles has been to Harrow on the Hill to deliver the students over time, and the property is William’s family home. Still, when he is summoned to come immediately by William in March 1836, he discovers a school that has changed beyond recognition. Why does it suddenly feel like an institution instead of a place of learning? Why has meat been removed from the diet? Why are the students so unhappy that they are running away? Charles thinks he knows the answer, but in truth, that is only one piece in the puzzle. There is more going on here, and it will take time, revelations, and turning points to uncover.

In Frosted with Revenge by Catherine Bruns, an apparent stray bullet turns out to have been very focused indeed. That knowledge changes everything, because if you don’t know who the murder victim was supposed to be, how can you solve the crime?

Finally, in any kind of crime fiction with a sleuthing character, there has to be a moment of blinding insight when all is revealed. The clues fall into place. In cozy mysteries, it is usually just before the moment when the killer attacks the sleuth. In Catherine Bruns’s Silenced by Sugar, that moment is clearly spelled out by a single line. “Oh, Sal. How could you have not known?” That says it all right there. A turning point and a climax all in one.

William Godwin wrote two different endings to Caleb Williams. Because it was written so long ago, we have access to both versions. Luckily, it is the published version that keeps the novel in the crime fiction arena. Instead of going mad, Caleb Williams remains sane and survives the tormented villain of his tale. Justice triumphs and Godwin’s philosophical leanings are conveyed. In the seventeen-nineties, they weren’t thinking about keeping the sleuths mentally and physically intact for the sequel!

For a modern reader, it may be a turning point in Caleb Williams itself, that a sleuth can be so invested in the nobility of their villain that he feels bad for revealing him. Here we are in 2022, still attempting to unravel the twists and turns of this fascinating novel. 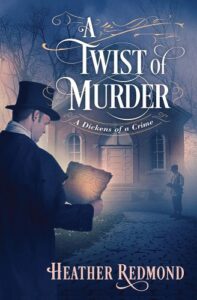 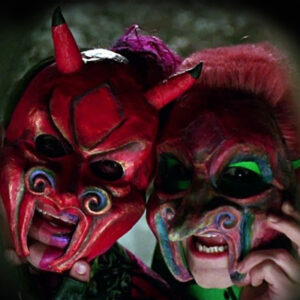 I always like watching how holidays are represented in movies, and one of the most interesting ones to get this treatment...
© LitHub
Back to top