Visiting The Hamptons (Through Crime Fiction)

For most of us, time in the Hamptons starts with either a traffic jam on the Jitney from Manhattan or an overcrowded, rattling ride on the Long Island Railroad (if you’re dumb enough to take the Friday afternoon train like some Crime and the City columnists). Of course, smarter folk are lucky enough to have their own planes or can afford a quick jaunt by helicopter. Even luckier people live in the Hamptons all the time. Either way, as every weekend thousands journey up to the weekend shacks, small town motels or ocean-facing villas of the Hamptons, is there bound to be a criminal or two among them? And, when you get there, the Hamptons really are pretty much as advertised—endless pristine beaches, charming clapboard houses everywhere, and movie star mansions. All, of course, ideal locations, for murder, mayhem and body dumps.

I spent a couple of weeks last summer in the Hamptons perusing the shelves of the charming Book Hampton store in East Hampton, and the equally delightful Harbor Books in Sag Harbor, as well as just about any other bookstore, thrift shop, or yard sale with used books I could find. And I can conclude, despite the idyllic surroundings and lovely August weather, along with the strong cocktails in local bars and the great food in old whaling inns, holiday-makers would appear to like their local crime too.

Let’s start with Shamus-award winner Daniel Judson, a man Crime and the City readers can appreciate. Where others see wealth, luxury, a summer playground for the elite, Judson see the Hamptons as the perfect locale for a crime thriller. Judson told a local Hamptons newspaper, “These are places that are teeming with the rich for three months out of the year, but the rest of the time it’s just regular people trying to make a living, and that does create some tension.” Multimillion-dollar estates sit cheek-by-jowl with the homes of the working poor. Judson, who worked any number of dishwashing, clerking, and other low paid jobs while at Southampton College, has written two trilogies set in the Hamptons: The Gin Palace Trilogy featuring part-time PI and dishwasher Declan “Mac” MacManus, and The Southampton Trilogy.

The Gin Palace books are firmly situated among the working-class year-round community of Long Island’s East End. In The Poisoned Rose (2001) Mac witnesses a homicide that is not what it seems; in The Bone Orchard (2002) Mac is washing dishes when he’s made an offer that he should refuse and in The Gin Palace (2012) Mac has opted to become a cabbie before a stalker forces him to confront his own dark past. All the books in The Southampton Trilogy are set in and around Southampton. In The Darkest Place (2006) it’s a freezing cold winter in the Hamptons and dead bodies are washing up on shore. A sudden spate of suicides? Or a serial killer nicknamed “John the Baptist”? In The Water’s Edge (2008) two men are hanged from a Southampton bridge in what appears to be a mob killing; and in the final book of the series, Voyeur (2010), it’s Christmas week, 2008 and things are about to turn decidedly noir for private investigator Remer, looking for the quiet life away from Manhattan.

This clash of the summer playground for the wealthy and its year-round underbelly is a popular one. Christopher Bollen’s Orient (2016) is set in a town of the same name, right out on the north fork of Long Island. A last outpost again Hamptons gentrification now being slowly swallowed up by Manhattan Bohos and artists. Tensions between locals and incomers simmer. Then the dead body of a local is washed up, followed by others.

But hey, we didn’t sweat for hours on the Jitney to come to the Hamptons not to meet the beautiful people! Let’s go uptown! Caroline Louise Walker’s Man of the Year (2019) gives us the beautiful house, the gorgeous new wife, the thriving medical practice, the high-achieving son, and the highly desirable boat, all belonging to Dr. Robert Hart. But when his son brings home his troubled college roommate for the summer things start to go seriously wonky for Hart, Sag Harbor’s just-named Man of the Year, who seemed to have it all.

Sticking with the rich of Long Island, Carrie Doyle’s Death on West End Road (2017) sees Hamptons innkeeper and sleuth Antonia Bingham taking on the cold case of the killing of Susie Whitaker, murdered years before on a tennis court in the toniest part of East Hampton. Bingham encounters dark Hamptons secrets, super rich pharmaceuticals heiresses, and gossip the wealthy enclave would rather leave buried. Readers liked the novel and so Doyle turned her character Antonia Bingham into the star of a series of Hamptons Murder Mysteries. She returns in Death on Windmill Way (2016) where Antonia Bigham discovers that perhaps the previous owner of her place, East Hampton’s Windmill Inn, was murdered. In Death on Lily Pond Lane (2016) Antonia uncovers another murder in one of East Hampton’s swankiest properties. And, yes, all these streets really do exist in East Hampton; indeed, Martha Stewart, perhaps the Hamptons most notorious convicted felon, had a house on Lily Pond Lane.

James Brady commanded a Marine rifle platoon during the Korean War and was awarded a Bronze Star for valor. His best-known books include his nonfiction Why Marines Fight and his New York Times bestselling novel The Marines of Autumn. But he has also written several cozy crime novels set in the Hamptons. Further Lane (1997) takes place over an East Hampton summer with a TV celebrity and lifestyle guru (a very Hamptons job title if ever there was one) Hannah Cutting found dead on a beach. The murder sets the community at odds with each other—Old Money vs. New, tree-huggers vs. land developers, Hollywood arrivistes vs. Establishment WASPs. Gin Lane (1999) brings back many of the same characters with an equal amount of Hamptons snobbery, name-dropping, celebrity spotting, and attempted murder. The House That Ate the Hamptons (2000) gets deep into one of the acts considered a real crime down in East Hampton—unlicensed building construction. And finally, there’s A Hamptons Christmas (2001) where the festive out-of-season frolics all get a bit out of hand with Martha Stewart making a cameo appearance (even though every true Hamptons-ite knows she does Christmas at her other home in Westport, Connecticut).

Not that he needs the publicity, but James Patterson (with his sometime writing buddy David Ellis) did a five-part murder mystery Murder House set in the Hamptons and released as episodic e-books launched in 2015. It takes place in a multimillion-dollar beachfront house that was once the scene of an unsolved mass murder. Detective Jenna Murphy arrives to investigate a fresh murder in the house—this time of a well-known Hollywood player. More bodies; more episodes; a bit more Hamptons. If you like Patterson you’ll probably like this. And if you do like Patterson you’ll probably also like Beach Road (2006, written with Peter de Jonge). It’s definitely millionaire and celebrity Hamptons again with a local lawyer defending an old friend accused of a triple murder near a movie star’s holiday home.

And finally, if you’re planning a long sojourn in the Hamptons rather than just a weekend break, pick up Chris Knopf’s Sam Acquillo nine book Hamptons Mysteries which started with The Last Refuge (2005). Acquillo is a corporate dropout living in his dead parents’ ramshackle cottage in the Hamptons; friendless and drinking rather too much cheap vodka. Then his next-door neighbor winds up drowned in her own bathtub. Knopf has a great cast of Hamptons characters—beautiful bankers, pot-smoking lawyers, local fishermen, and gay billionaires. Two Times (2005) starts with a car bomb outside a trendy restaurant. Head Wounds (2008) sees Acquillo team up with his wry pal Jackie Swaitkowski and rich guy Burton Lewis in another Hamptons-set caper. The fifth book Black Swan (2011) takes Acquillo to the more remote end of Long Island; Cop Job (2015) is set in Southampton; while the most recent in the series Deep Dive (2019) sees trouble come to Little Peconic Bay.

Read all the Acquillo books and you’ll get a complete tour of the Hamptons underbelly. Then, for most of us, it’s the queue for the Jitney or the fight for a seat on the train back to Penn Station, and a return to our mundane little lives leaving the movie star mansions, hedge funders’ beachfront properties, and lifestyle guru workshops behind us till next summer.

An Ode to Podcasts: Dispatches from PodCon 2019 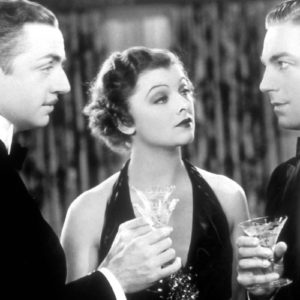 Prohibition was called “The Noble Experiment,” and, boy, that did that experiment go awry. Almost before the ink was dry on the 18th...
© LitHub
Back to top