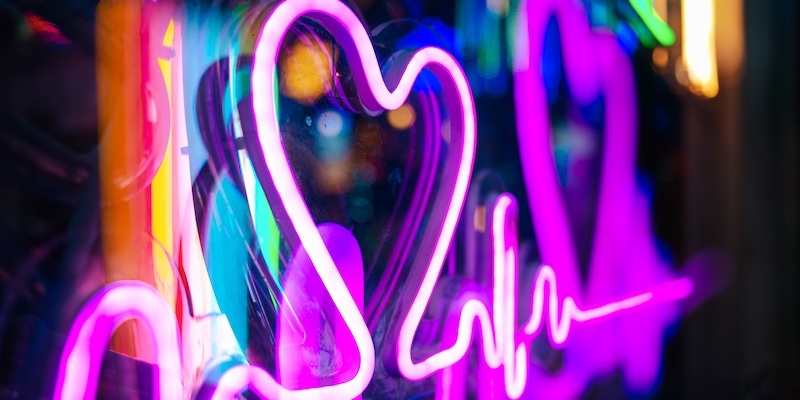 Walking the Line: A Marriage of Thriller & Romance

"[W]ould anyone like a dark thriller-romance where the main characters aren’t forced or conditioned to love, but accidentally trip and fall into it the old-fashioned way?"

“Do not go where the path my lead, go instead where there is no path and leave a trail.” -Ralph Waldo Emerson

This is one of my favorite quotes that sits on my desk every day, reminding me of both the person and the writer that I want to be.

When I started writing my Heart of the Inferno Series my goal was to create the ultimate thriller-romance, with edge-of-your-seat suspense paired with all the romantic (and steamy) stuff, that ensured there was something for everyone to enjoy within its pages.

I committed to walk a line that was seductive, yet staggeringly dangerous for a new writer…and it certainly wasn’t going to be easy.

Although an eclectic pairing, thriller romances can fail to satisfy the palette when their distinct essential elements get convoluted and diluted in the execution. The result? A disappointing and indistinguishable mess in which one or both elements is lost completely in the evolution of the story, causing it to lose its inimitability.

It would certainly be easier to settle for just one of these two genres. But I’m stubborn as a mule. And I hate settling. However, in order to straddle this two-headed beast I knew I needed to be clear in the story I wanted to tell and the subtle lessons I hoped to convey with my work.

It’s no secret that thriller-romance has a bit of a reputation for being…well, dark. As in, VERY dark, dubious, and sensually graphic. What’s more, I found that a lot of these thriller-romance stories seem to be running on the same repetitive plot hamster wheels.

Heart of the Inferno would be different.

The question was…would anyone like a dark thriller-romance where the main characters aren’t forced or conditioned to love, but accidentally trip and fall into it the old-fashioned way? Where perhaps a deliciously deviant and morally gray mafia don would treat everyone else like they were disposable, yet treat his woman with respect? Or where the lovable side characters of the extensive mafia family have questionable career goals but aren’t just regurgitated character fluff. And where they are embodied with their own moral compass, as well as a deep-seated sense of loyalty, honor and family?

But first I would need to do my research. Lots and lots of research, some of which has probably landed me on a government watchlist or two. But whether I was Googling how to dispose of a body, or how to accurately perform on site triage to an injured character, the research was essential for creating a sense of authenticity to help the reader connect with the story. I understood that if a reader could see and understand the actions being taken, as well as the motivations behind them, it would keep them invested and attached to the characters.

And speaking of the characters, there was no doubt that they would need to be absolutely unforgettable.

In what is affectionately known as my “Character Bible” I wrote out 122 pages of character backstory to guarantee that each character, regardless of their role, had their own unique voice. And given that the POV in this story alternates between the dangerous mafia don, and the sweet-yet-spicy nurse that steals his heart, I was VERY adamant about making sure that those two polarizing perspectives were unique and didn’t morph into one gigantic “blob” personality.

But the real meat of all of this is the PLOT.

In order to deliver on both the thriller and romance elements, it would have to be clear and concise with swoon-worthy romance, heart-pounding suspense, with just a pinch of “eerie” to make the reader shiver when the plot suddenly jackknifed.

To do this, I spent hours upon hours mapping out every detail, down to the very last breadcrumb. And believe me there are lots of breadcrumbs.

Heart of the Inferno is a four-book novel series that tells the story of the dark and dangerous underworld mafia of Chicago, and the man in charge of it: Jaxon Pace. He’s a billionaire, playboy, and hotelier, and single father, who also happens to moonlight as the Don Supreme of the largest mafia syndicate. He’s a complicated man.

When his six-year-old daughter Jessica is saved from a kidnapping attempt, by none other than Natalie Tyler-a simple yet courageous nurse, who coincidentally is staying at one of Jaxon’s hotels, he is confused. He can’t comprehend the concept that a woman he’s never met, would selflessly put herself in danger to do something like this for him. And the fact that she’s stunningly beautiful adds to his natural befuddlement.

But while Natalie is not the loudest voice in the room, she’s still a force to be reckoned with. The poor girl is just trying to survive the week-long trip to Chicago for her cousin’s wedding. A wedding where unfortunately her cheating ex-fiancé just happens to be the best-man.

Both characters are damaged, yet are actively trying to find their own form of redemption and closure in order to move on from their past.

When Natalie enters Jaxon’s life, a whole new sense of vulnerability and emotions are resurrected, bringing with them a myriad of lessons only love can teach us. And when faced with some of the hardest decisions, as well as heartbreaking loss, we see Jaxon and Natalie cling to each other for support, sometimes clawing out of the darkest of holes an inch at a time.

Their story is a deliciously dark wild ride, and their love, “right, wrong, or insane,” teaches us to love passionately and completely, while appreciating every moment we are given.

Catalyst and Ignite, the first two books in the Heart of the Inferno Series are a delicious marriage of both thriller and romance, filled with mysterious dark twists and turns that hit you like a car crash, and aim to leave you breathless.

This series is out for blood, and this writer is determined to not just walk that dangerous line…but to redefine it entirely. 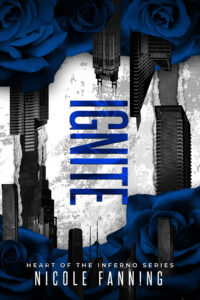 Nicole is a smitten wife and super proud dog mom to three rambunctious rescue dogs. She is an old school romantic, with a proclivity for a little mischief, and an obsession with Sir Arthur Conan Doyle. Her debut novel, Catalyst, is the first incendiary installment of the Heart of the Inferno Series, which follows the story of a dangerous mafia don and the girl who became his only exception.

Gillian Flynn's Anti-Heroines And The Dark Side of Feminism

8 True Crime Podcasts You Need to Listen to This Spring 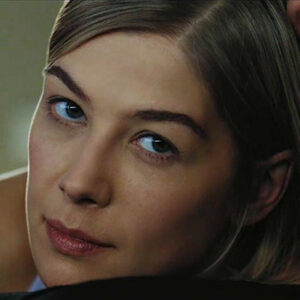 Gillian Flynn's Anti-Heroines And The Dark Side of Feminism

“Is Gone Girl feminist or misogynist?” At the time of publication, Gillian Flynn’s bestseller unleashed an onslaught...
© LitHub
Back to top