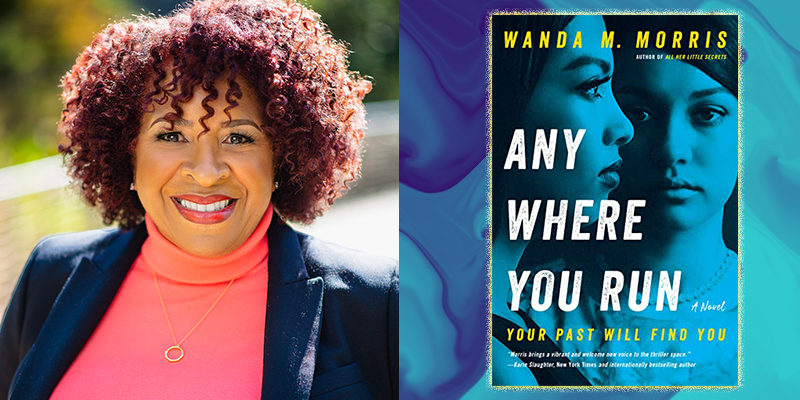 The author of Anywhere You Run talks historical fiction, modern parallels, and the through line of injustice.

Wanda Morris is one of my favorite up-and-coming authors in the genre; her first novel, All Her Little Secrets, was an impeccably plotted legal thriller, while her latest, Anywhere You Run, takes us into the lives of two sisters on the run from Jim Crow America. I caught up with Wanda about her latest, her legal career, and past and present injustices.

Both of your novels are grounded in your legal background; how did your experience as a lawyer influence your writing?

Working as a lawyer has influenced my work in several ways. In both my books, I try to explore the ways the legal system can impact our everyday lives—both good and bad. Whether it’s examining a corporate organization fraught with discriminatory practices to the inequity of the American justice system to a societal structure that prevents full and fair access to the voting polls. So much of my professional working career was spent in the legal arena, it was bound to seep into my creative endeavors. From a craft perspective, I believe most lawyers are storytellers in sone way. Whether you’re trying to persuade a jury in a lawsuit or trying to convince a group of business leaders of the legality of their venture, a lawyer is telling a story of sorts. Similarly, I believe when an author is writing a novel, she or he is trying to persuade the reader’s emotions about the story. Every writer wants a reader to feel a certain way about the story they are telling. Another legal skill that translates well to publishing is the discipline of meeting court deadlines. As a practicing attorney, it’s ingrained in you to never miss deadlines. Missing a court due date is a huge no-no. This skill helps when meeting publication deadlines.

With crime novels coming out influenced by historical fiction, horror, and romance, there have never been a better time for crossovers. What’s behind the new fluidity of genre?

I can’t speak for other writers, but for me, I am always trying to explore and explain why people behave the way they do. Shortly after I finished writing my first book, All Her Little Secrets, I was looking for another idea for my second book. The 2020 election had just wrapped up and the country was in the throes of “the big lie.” States like Georgia (my home state) and Texas were enacting state legislation to make it more difficult for disenfranchised people to vote. I knew I wanted to explore all of that in my next book. I couldn’t figure out a contemporary angle for the story. Crossing over to historical genre gave me the perfect backdrop to explore what happened back in the 1960s as Black people fought for the right to vote.

Anywhere You Run is an impeccable historical novel. Tell us about the research you did for the project, and what drew you to the early 60s setting.

Thank you for that lovely compliment. I had just finished writing my debut novel, All Her Little Secrets. The country had just come through the aftermath of the 2020 election. States like Georgia and Texas began to enact state laws that made it much more difficult to vote, particularly for the disenfranchised, the working class, and the elderly. It reminded me of the times my mother told me she was unable to vote when she lived in Birmingham, Alabama. I had a character from All Her Little Secrets that continued to ramble around in my head long after I finished writing that book. I thought it might be interesting to put a face on an aspect of the civil rights movement that still continues to plague us to this day – equity at the voting polls and what that means for full and fair equal rights in this country.

It was important to me to get the details right. For that, I owe a huge debt to the Auburn Avenue Research Library on African-American Culture and History located here in Atlanta. I spent hours there culling through books and documents on the civil rights movement of the early 1960s. Researching things like Medgar Evers work to secure voting rights for Black Mississippians, the murders of James Chaney, Andrew Goodman and Michael Schwerner, three Freedom Riders who were brutally murdered while trying to help Black Mississippians get the right to vote. Some of the research was very difficult to go through, particularly pictures and first-hand accounts of the lynchings and beatings of Black people and civil rights activists who stepped into the fray. Something that surprised me, but it shouldn’t have — women were not allowed to obtain credit in their own name without a cosigner. Married women were required to get their husband’s permission and his cosign to obtain credit. On the other hand, there were some aspects of the research process that I really enjoyed. To bring authenticity to the book and immerse myself in that time period, I spent a huge amount of time reading old magazines — Life, Ebony, Jet and Tan — and listening to music from the early 1960s. In fact, I created a playlist of the songs that inspired the novel: Spotify playlist for Anywhere You Run. There’s every type of music included, from a civil rights anthem to Patsy Cline to James Brown to Thelonious Monk. I talked to older relatives who lived during that era. I also got to talk to Jonathan Shapiro, a civil rights lawyer who actually worked on the Mississippi Summer Project helping Black Mississippians get the right to vote and serve on juries. I owe a huge debt to Jonathan and his wife, Hank Phillippi Ryan (Yep, that Hank Phillippi Ryan!).

Your characters are in predicaments that are unfortunately resonating strongly with present day struggles. What did you want to highlight about the parallels between the early 60s and our current era of retrenchment?

Unfortunately, there are some frightening parallels between what women, particularly Black women, endured in the 1960s and what is happening today. So many of the themes from 1964 that I cover in the book feel eerily familiar in 2022 — voting rights, police brutality, a woman’s right to financial independence and to govern her own body, and brutality against the LGBTQ community. Keep in mind, it was less than 60 years ago that Blacks secured the right to vote under The Voting Rights Act of 1965. It was only 50 years ago that the Supreme Court decision in Roe v. Wade gave women the right to govern their own bodies. Sadly, that decision has been overturned by a Supreme Court majority created by a president elected to the White House. So many hard-fought rights are being whittled away. Right now, my millennial daughter has less rights than I had when I was her age. And when you think about it, so much of this all comes back to exercising your right to vote and deciding who will govern this country. I tell people if you think voting doesn’t matter, then you’re not paying attention to what’s going on around you.

What are you working on next? Would you ever go historical again?

Right now, I am writing a contemporary novel about a young woman, suffering a heartbreaking loss, who must rise above her personal insecurities to save a Black landowner in Georgia’s low country when she uncovers an illegal scheme that threatens to undo the legacy and generational wealth of disenfranchised families, including her own. The story explores what it means to have a home and how difficult it is for disenfranchised families to build a legacy of generational wealth for those they leave behind. As for writing another historical novel, I’d love to if I can come up with the right concept and characters. 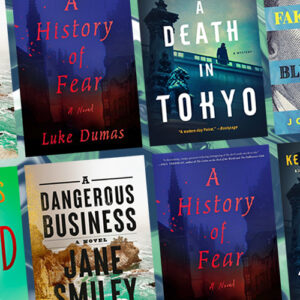 The CrimeReads editors select the month's best new novels in crime fiction, mystery, and thrillers. * Jane Smiley, A...
© LitHub
Back to top