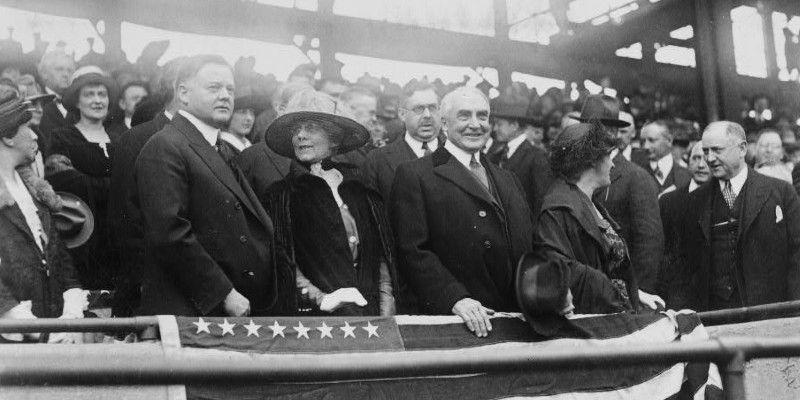 Did the Harding Administration's rampant corruption and incompetency pave the way for a new century of politics?

“We are the adequate, forgettable

Caretaker presidents of the USA.”

-The Simpsons, “I Love Lisa”

The dawn of the 1920s looks surprisingly familiar a century hence: America contemplated the path forward from a devastating pandemic, revolutionary forces clashed in the streets with counterrevolutionaries both representing the state and sanctioned by it, and demagogues sought to blame immigrants and anarchists for it all.

The man elected president on a promise of ending all this, however, is largely a footnote in history. This is unusual; a president elected on a platform of turning back an era’s anxieties typically comes to be identified with that era, like Richard Nixon with the unrest of the 60s or Barack Obama with the 2008 global recession. Warren Gamaliel Harding, however, has only one real historical legacy: “normalcy,” a word the famously inarticulate Harding accidentally coined while fumbling for the existing word “normality,” has since entered common usage. In subtler ways, however, Harding, who died 100 years ago this August, inadvertently laid the groundwork for all of the stupidest, most corrupt, frankly Coen Brothers-esque tendencies in modern politics.

A man ill-suited to, and uninterested in, the minutiae of policy, Harding largely outsourced such matters to the people who got him into the White House. As public scandals forced those men from office one by one, like middle-aged Jason Voorhees victims, Harding himself abruptly died in office before the buck could stop with him in any meaningful way.

Like a lot of eventual presidents, Harding was never expected to get that far in the first place. As 1920 dawned, the frontrunners appeared to be Mitchell Palmer, President Wilson’s attorney general and namesake of the infamous postwar raids on leftists and anarchists; and on the Republican side, Spanish-American War hero Gen. Leonard Wood. Ultimately, however, Palmer lost the Democratic nomination to Ohio Gov. James Cox, while, at the Republican National Convention, Harding campaign manager Harry Daugherty horse-traded until the freshman senator was the GOP nominee.

Harding won in a landslide, campaigning on the promise of a “return to normalcy” after a decade of turbulence, war and upheaval. His cabinet picks, however, made clear that normality—or normalcy, for that matter—isn’t necessarily an improvement. The new president danced with those that brought him in the worst way, appointing a collection of machine hacks so cartoonishly crooked that to see them without a cigar would create an uncanny-valley effect, like seeing Nick Offerman without a mustache.

The closest thing the so-called Ohio Gang had to a leader was Daugherty, who Harding had appointed attorney general. Other members and orbiters included Interior Secretary Albert Fall; William J. Burns, the publicity-savvy private eye who would become one of the first directors of the new Bureau of Investigation; George Remus, the Cincinnati bootlegger who inspired Jay Gatsby; and Jess Smith, Daugherty’s bagman and possible lover.

Perhaps the single best example is North Carolina private detective and Burns sidekick Gaston Bullock Means, a man so Coen-esque he was played by legendary character actor Stephen Root on HBO’s “Boardwalk Empire.” Prohibition was in full effect when Harding took office but it was widely known to be toothless, particularly among the Ohio Gang, and Means eagerly presented himself to bootleggers as a friend in Washington. When he was caught up in a probe of the Harding administration’s lack of enforcement of Prohibition in 1924, Means claimed to have documents implicating senior administration officials, but later returned saying they had been stolen. He died in prison after bilking an heiress out of $100,000 that he said would be used to ransom the Lindbergh baby.

If you drill down on details and policy issues, these men had little in common with modern politics. They were largely taxpayer-subsidized kids in candy stores rather than ideologues. What they predicted far better was what we might call a vibe, the sheer “where the hell did you find this guy” of it all whenever a state party chair blames a sex scandal on his wife becoming too woke or George Santos is revealed to have claimed to be the first white man recruited to the Yakuza. In 1930, Means published a fabricated tell-all implying Harding was murdered by his widow Florence, a fairly standard move from him but instantly recognizable today with the book deal guaranteed to anyone who jumps ship from an unpopular administration.

Alongside numerous other, lesser embarrassments, this all came to a head with the Teapot Dome Scandal, considered the biggest black eye of any presidency at the time. Interior Secretary Fall, accused of taking bribes in exchange for no-bid leases to oil companies, became the first presidential cabinet secretary sentenced to prison. Daugherty was not found legally culpable but soon after Harding told his attorney general to dismiss Jess Smith, Smith was found dead of a gunshot wound. The President himself died of a heart attack three months later.

It’s unclear whether Harding himself was acutely aware of his cronies’ web of corruption; what we know of his character and, indeed, his intellectual curiosity suggests he was probably content not to know. The reader may decide for themselves whether this is that much better than enthusiastic corruption. The paper trail the President left, often on Senate letterhead, suggests his true passion was women who weren’t his wife. He sent various women alternately raunchy and romantic letters for years, some in which he called his penis “Jerry.” If anything about the Harding presidency should be considered impressive, it’s that he managed to have embarrassing sexts in the 1920s.

Perhaps the worst legacy of Harding and his cronies, though, is the way that their largely apolitical corruption left the door open to arguably more harmful people who came by their ideas honestly. Harding’s successor was Vice President Calvin Coolidge, a flinty New Englander whose hands-off banking policies helped lay the groundwork for the stock market crash of 1929. Coolidge himself was succeeded by Harding’s commerce secretary, Herbert Hoover, who would become so inextricably associated with the Depression that most modern Americans don’t know a single other fact about him.

And when Burns was forced from office in 1924 by Daugherty’s reformer replacement, Harlan Fiske Stone, the Bureau of Investigation passed to a young Justice Department lawyer who would perhaps ruin more lives in the 20th century than any other single American, one John Edgar Hoover.

The Harding administration a century later feels like a walking, resigning-in-disgrace contradiction. Cynical Americans have dismissed their leaders as a bunch of crooks for generations, and yet the Ohio Gang’s brazen greed and malfeasance and Harding’s shrugging ignorance feel almost quaint without the poisonous belief systems that often accompany such character defects today. The Harding presidency was the corrupt calm that followed the most hellish conflict the world had ever known, and it helped pave the way for a world where rather than having to choose, we sometimes seem doomed to both at once.

Is Cormac McCarthy’s “The Passenger” a Thriller in Disguise, or Something Deeper? 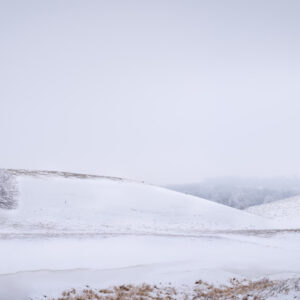