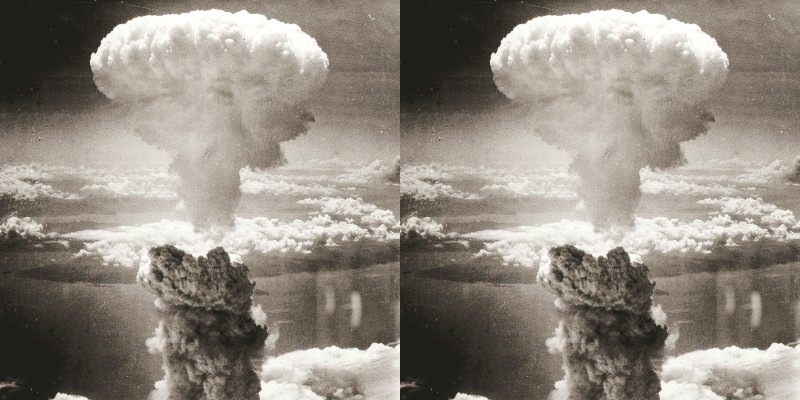 Is Cormac McCarthy’s “The Passenger” a Thriller in Disguise, or Something Deeper?

McCarthy has proven he's a master of thriller tropes...but to what end?

“The Passenger,” Cormac McCarthy’s first novel in 16 years, begins with a scene familiar to anyone who regularly reads thrillers. A small passenger plane has crashed in the Gulf of Mexico; Bobby Western, a racecar driver turned salvage diver, is tasked with examining the wreck. But when he dives, he finds an odd scene: the plane is miraculously intact. One of the dead passengers is missing, along with the pilot’s flight-bag and an instrument panel from the cockpit.

Once Bobby returns to shore, the mystery only deepens—and so does the threat. Government men lurk around his New Orleans apartment, asking scary questions about the wreck. He explores the coastline near the dive site and finds a deflated raft, along with tracks made by “the rubber ribs of wetsuit bootees”—maybe signs of someone else visiting the plane, but maybe not. After someone close to him dies under mysterious circumstances, a deeply paranoid Bobby feels compelled to run for his life.

If you’re familiar with McCarthy’s work, particularly later-career novels and screenplays such as “No Country for Old Men,” “The Road,” and “The Counselor,” you’re well aware of his ability to construct a solid thriller. In each of these works, the protagonists find themselves pitted against forces of unstoppable evil—drug cartels in “No Country for Old Men” and “The Counselor,” a postapocalyptic landscape and roving bands of cannibals in “The Road.” The outcomes are rarely happy, but the protagonists try to slip out of their respective traps as best they can.

In “No Country,” for instance, welder and Army veteran Llewelyn Moss manages to stay a few steps ahead of ruthless cartel hitman Anton Chigurh, even managing to wound the latter at one point. While McCarthy doesn’t embrace every page-turner cliché—there’s no mano-a-mano brawl at the end, and just as much philosophizing as gunfighting—there’s a strong adherence to the core principles of a thriller novel.

With “The Passenger,” though, McCarthy abandons much of the thriller plot about midway through. The threat at Bobby’s heels becomes increasingly amorphous. Instead of shootouts and pursuits, we’re treated to long scenes in which Bobby sits down with a cast of colorful characters—usually over a great meal—and talks about everything from the true nature of the universe to the JFK assassination. Before he was a salvage driver and racecar driver, Bobby was seemingly on track to become one of the great physicists or mathematicians of his era, a strain of genius he shares with his now-dead sister Alicia, who appears in flashback chapters.

Skim the book’s Amazon reviews and you’ll see many readers find the narrative rambling and disjointed; they wonder why the setup with the sunken plane never really pays off. But after a few hundred pages, McCarthy seems increasingly disinterested in maintaining the pretense of a thriller; there are bigger things on his mind, like the demise of the human race and the strangeness of reality. The dangers facing Bobby are a lure designed to pull the reader into deep existential waters.

After all, why worry about crashed planes or government assassins when humanity could dissolve in a fiery blur of particles at any moment? Bobby’s father was one of the scientists at Los Alamos who unleashed the atomic bomb on the world, yet another detail that doesn’t really influence the plot, but offers McCarthy the chance to dig into mankind’s propensity for madness and self-destruction, a theme that extends throughout all his novels. “Western fully understood that he owed his existence to Adolf Hitler,” he writes at one point. “That the forces of history which had ushered his troubled life into the tapestry were those of Auschwitz and Hiroshima, the sister events that sealed forever the fate of the West.”

The book also hints at the spookiness of quantum physics, which predict behaviors at the atomic level seemingly at odds with the reality around us. Why worry about people pursuing you around the world when everything you perceive might be a cosmic illusion?

It’s mind-melting stuff, even before you read “Stella Maris,” the slim companion novel to “The Passenger,” which is composed entirely of transcripts of Alicia’s sessions with her psychiatrist. Without the padding of plot and characters, we’re treated to bare-metal McCarthy, the desert prophet howling into the void, who has Alicia describe mathematics as “a group of evil and aberrant and wholly malicious partial differential equations who had conspired to usurp their own reality from the questionable circuitry of its creator’s brain not unlike the rebellion which Milton describes and to fly their colors as an independent nation unaccountable to God or man alike.”

McCarthy has spent decades at the Santa Fe Institute (SFI), hanging around with physicists and philosophers, and their work is clearly an enormous influence on him. “The Passenger” and “Stella Maris” represent his attempt to render some of the most bleeding-edge thinking of the era in novelistic terms; and if he has to use some thriller elements to make those ideas more palatable, so be it. If nothing else, some of his descriptions of reality will frighten you to your core. 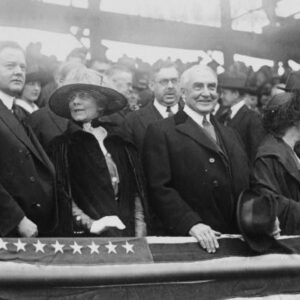 “We are the adequate, forgettable Occasionally regrettable Caretaker presidents of the USA.” -The Simpsons,...
© LitHub
Back to top