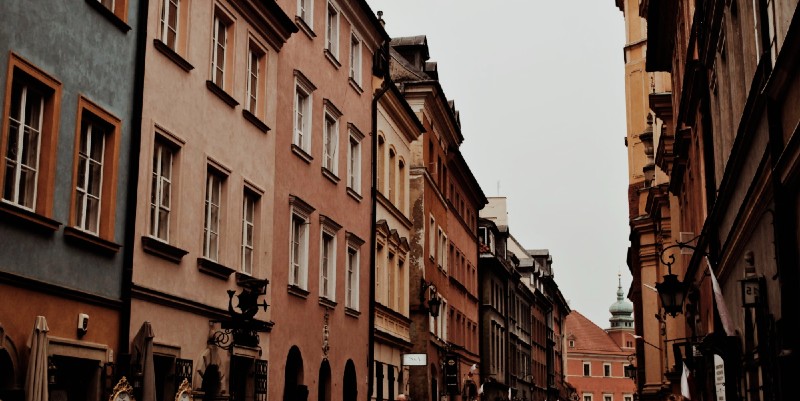 A city of spies, disenchanted lawyers, and novelists.

At first glance Poland’s major city Warsaw can seem like one of the grittier of Eastern Europe’s capitals—not with quite perhaps having the charm or romance of a Budapest or a Prague, or maybe even a Bucharest. Thanks to Hitler wanting to wipe the city off the map the old town is pretty much gone (except for a newly built ersatz ‘new/old’ town). Then in the Cold War the Stalinist architects got a go and stubbornly, but predictably, refused to build anything with a human dimension. Now there’s new money, European Union membership, and skyscrapers are popping up. But you can’t keep a good old city down—Polish hipsters are opening up all manner of cafés, restaurants and boutiques, there are enough museums to keep you busy for months, and it’s definitely one of Europe’s major cities of culture—art, film and, of course, literature. And within Warsaw’s literary tradition is a fair amount of crime.

Warsaw-born Zygmunt Miloszewski is a good place to start—a journalist turned full time author. Entanglement (2007) won that year’s High Calibre Prize for the Best Polish Crime Novel award, the first in a series featuring the world-weary Warsaw prosecutor Teodor Szacki. After a group therapy session Henry Talek is found dead, a roasting spit stuck in his eye. Szacki discovers that the murder links back to another killing that took place 20 years ago—before the fall of Communism. And the Polish secret police are taking an interest. Teodor Szacki returns in A Grain of Truth (2011), which also won Poland’s major crime writing award, High Calibre Prize. Though Szacki’s no longer a prosecutor and has temporarily moved to a small town outside Warsaw, there’s no escape—a murder and the possibility that a Jewish madman is on the loose, or does someone want people to think the killer’s Jewish? Szacki returns once more in Rage (2012), where a skeleton discovered at a construction site calls the detective to the idyllic Polish city of Olsztyn.

Jakub Zulczyk has been dubbed Warsaw’s James Ellroy and Poland’s Jo Nesbo—quite the accolades. Like Miloszewski, Zulczyk is another journalist turned novelist and screenwriter whose novel Blinded by the Lights (2014) features Kuba, a Warsaw cocaine dealer whose client base are the city’s top lawyers, doctors, and TV personalities. It’s a glamorous life till something goes wrong and Kuba finds out how dark Warsaw’s gritty underbelly can get. Zulczyk has written more novels that await English translations. Hopefully more Zulczyk will follow as Blinded by the Lights has been made into an eight-part HBO Europe series.

Not strictly Warsaw but Anya Lipska’s Kiszka and Kershaw mystery Where the Devil Can’t Go (2013) is well worth a mention. Janusz Kiszka is an unofficial ‘fixer’ for East London’s Polish community, a community that has grown significantly since Poland’s accession to the European Union. There’s London Olympics-related corruption, a missing waitress and his girlfriend Kasia, a Soho stripper. Then London cop Natalie Kershaw accuses him of murder and Janusz must go with her back to Poland. Kiszka and Kershaw return in Death Can’t Take a Joke (2014) which, once again, switches between London and Poland. The trilogy rounds out with A Devil Under the Skin (2015) with Janusz needing Natalie’s help to track down who has kidnapped his girlfriend, Kasia, and to sort out a bunch of murders among the gangland milieu of London’s East End.

And finally Andrzej Stasiuk’s Nine (2008) which is a super noiry, rather existential trawl through the underworld of post-communist Warsaw. Smoky apartments, dirty buses, a city morally adrift and a violent drug dealing underbelly. This is no tourist’s Warsaw but rather a cold, grimy, East European city haunted by the ghosts of its past.

Just before we leave Poland perhaps we should tell the story of Krystian Bala. I’m not sure what it says about Polish crime writing or Polish crime writers, but it is extraordinary. Bala was a successful crime writer from Wroclaw, a town about 350kms from the capital. In 2007 he went on trial for a murder that had taken place seven years previously, and the country was gripped. Bala was accused of having murdered a local businessman, Dariusz Janiszewski, in a crime of passion after he became convinced the man was sleeping with his ex-wife. It was a nasty murder. Bala’s ex-wife had been tortured before being dumped in a river. The local police had no hard suspects until Commissar Jacek Wroblewski, leading the investigation, read Bala’s 2003 novel Amok, a gory tale about a bunch of bored sadists, with the narrator, Chris, recounting the murder of a young woman. The details of the murder matched those of Janiszewski almost exactly. Bala was convicted and sentenced to 25 years in jail where he is said to be writing another novel.

Like I said at the start Poland can get gritty! 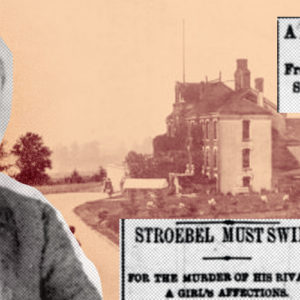 On a dreary April morning in 1893, John Marshall, a Portuguese immigrant and successful farmer on Sumas Prairie in British...
© LitHub
Back to top