How an 1893 murder and subsequent trials in British Columbia revealed a legal system in a state of change.

On a dreary April morning in 1893, John Marshall, a Portuguese immigrant and successful farmer on Sumas Prairie in British Columbia, was found lying sprawled across the veranda of his farmhouse, his body cold and lifeless, his nose smashed in a dried blood covering his forehead. An autopsy, coroner’s inquest and murder investigation followed. Two days later, a local handyman named Albert Stroebel was arrested. The community of Sumas was shocked, unable to believe that the harmless young man, physically handicapped and orphaned, was capable of killing anyone, particularly Marshall, who had treated him like family. Two lengthy trials followed——the first ending in a hung jury, the second in a guilty verdict. At the time, a murder conviction brought an automatic death sentence and the trial judge set a date for the execution.

Along with the fascinating human stories involved, the murder of John Marshall and trials of Albert Stroebel held a mirror up to the workings of justice during the last days of the frontier in BC’s Sumas valley. What can be seen is just how rudimentary and, to our eyes, flawed much of this system was. Most immediately, there was no police presence anywhere near the valley. The man who discovered Marshall’s body ran the two miles to the Huntingdon train depot, where at around 6:30 am, the stationmaster sent a telegraph to William Moresby in New Westminster. Moresby was the warden of the provincial jail there, but also served as the acting superintendent of the provincial police on the mainland. Moresby did not arrive on Sumas prairie until 2 p.m. He immediately made his way to the scene of the crime, but was shocked to find dozens of men milling about inside and out of Marshall’s house. The soggy ground around the house was criss-crossed with these men’s tracks, and the veranda itself——where Marshall’s body lay——was wet and muddy from countless boots clumping around the body. Other than someone throwing a blanket over Marshall’s corpse, no effort had been made to seal-off the crime scene.

Moresby had nobody to help him in the ensuing investigation, so he enlisted the aid of David Lucas, a former marshall of Sumas City (in Washington) who had already spent a few hours at the scene of the crime. As important as Lucas’s police experience, though, was the fact that he could cross bring the investigation south of the border to Sumas City where Albert Strobel lived. Stroebel had already emerged as the prime suspect in the case, and Lucas wasted no time approaching him. The day after the murder, Lucas struck up a casual conversation with Stroebel in front of the latter’s boarding house. The former lawman told Stroebel what he knew to be a lie, that the coroner had found that Marshall had been killed by a .44 caliber gun. Stroebel responded cheerfully that he owned a .38 revolver and, at the urging of Lucas, retrieved the gun to show Lucas. The latter pocketed the gun and walked away.

The following day, Lucas scurried about Sumas City in search of more clues. He did a thorough——and wholly unauthorized——search of Stroebel’s room, finding two unfired .38 caliber cartridges in the young man’s bedding. He also conveniently found two spent cartridge shells under Stroebel’s window, lying clean and upright atop a pool of mud after two days of rain. Lucas kept the gun and cartridges for two weeks in a locked trunk in his living room before handing them over to Moresby.

Finally, Lucas tricked Stroebel again when he lured him north of the line so that Moresby could arrest him. Stroebel spent the next half-year in provincial jail before his first trial opened in New Westminster (bail was automatically denied defedants charged with murder). That trial ended in a hung jury, due mainly to the Crown’s weak strategy. The second trial opened in Victoria a few weeks later, and this time Attorney General Theodore Davie pressed a more compelling case.

He did so in two ways not yet seen in BC courts. First, he was able to convince the jury that the slug pulled out of John Marshall’s head matched the revolver Stroebel had given David Lucas. Gunsmiths were routinely used as ballistics experts in trials, but they mostly limited themselves to identifying the caliber of gun and bullets. Davie pushed his experts to go further. Gunsmiths were well aware that the rifling in a gun’s barrel left marks on the bullets fired from that gun, but experts were decades away from the discovery that the pattern of twists and grooves produced was unique to each barrel. In the meantime, Victorian experts used the build-up of rust in a gun’s barrel in their efforts to link a particular bullet to a particular firearm. The rusted barrel left marks on a bullet used in a crime; if the same or similar marks were made on a test bullet fired by the gunsmith from the same gun, it was claimed, then the first, offending bullet most likely came from the barrel of that gun. Davie’s two gunsmith experts swore under oath that the bullet that killed Marshall came from Stroebel’s gun. We can see that the experts’ confidence was unwarranted, but the jury believed them in the end.

Davie’s second piece of novel achievement in the courtroom was his lethal cross-examination of Albert Stroebel. Until just a few months earlier——before the new Criminal Code of Canada came into effect——the accused in Canadian trials were not allowed to testify in their own defense, a prohibition inherited from British law. The prohibition had shielded a defendant from incriminating themselves under oath, to be sure, but the stronger reasoning behind it was that the penalty for perjury paled in comparison to more serious crimes such as murder, so the defendant had no reason not to lie. When Stroebel took the stand, though, no one knew what should and should not be allowed in examining and cross-examining him. To start, Judge George Walkem pushed aside Stroebel’s defense counsel to question the defendant directly, so Stroebel was never given an unimpeded change to present his own version of events. When Davie took over on cross-examination, the Attorney General spent six hours grilling the defendant, quoting the latter’s first trial testimony to point our contradictions and relentlessly hammering away until Stroebel’s testimony fell apart.

When it came time to instruct the jury, Judge Walkem argued that the single most damning piece of evidence was the match made between Stroebel’s revolver and the slug taken from the neck of John Marshall. As suggested, it was the first case in BC jurisprudence where such weight was placed on the ability to match one bullet to one gun. Yet if Stroebel had not handed his revolver to Lucas, after being tricked by the marshal, no such match could have been made and the defendant might have walked away free. Today, no Canadian court would have accepted the revolver as evidence. It was obtained under false pretense, on foreign soil, by someone without any clear legal authority. The same could be said for the loaded cartridges and empty shells belonging to the defendant.

Yet, despite how important the gun and bullets proved to be it is debatable whether the physical evidence along would have convinced all twelve jurors that no doubt existed as to Stroebel’s guilt. If in his nine hours of testimony Stroebel had given a convincing account of his actions during the evening and night of April 19, the defendant might have avoided a death sentence. But Attorney General Davie’s six hours of relentless cross-examination, which followed after Judge Walkem’s take-over of defense questioning, eventually wore the defendant down and gaping holes emerged in his testimony.

To finish things off, Walkem continued his active, adversarial role in the trial by making it clear in his instructions to the jury that a guilty verdict was the only one supported by the evidence. Today, if a judge were to be as active and one-sided as Walkem was in gaining a conviction, that conviction would easily be thrown out on appeal. Moreover, with more than a century of increasing protections for the accused testifying in their own defense, a defendant such as Stroebel would not have to face such hostile questioning from both the prosecutor and the bench.

In the end, the murder of John Marshall and trials of Albert Stroebel revealed a flawed legal system in a state of change. Some aspects of the case pointed to the future, such as the use of ballistics and testimony from the defendant, while other aspects pointed to the past——the lack of basic procedures such as crime scene control and chain of evidence, and the aggressive, prejudicial role judges often played in the courtroom. 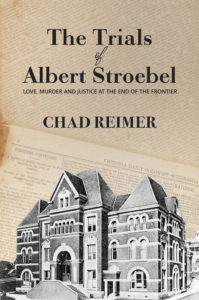 Chad Reimer has a BA Honours in History from the University of British Columbia and an MA and PhD in History from York University. He wrote Chilliwack's Chinatowns for the Chinese Canadian Historical Society of BC and Writing British Columbia History with UBC Press. Reimer has also been published in BC History and Pacific Northwest Quarterly. He was born in Winnipeg, Manitoba where he spent his first fourteen winters before moving to the gentler climate of Abbotsford, BC, teaching for some years at the University of Fraser Valley. 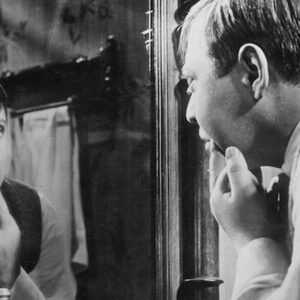 You probably know a sociopath. Maybe he’s the neighbor you chat with at the mailboxes who always has a funny story. So what...
© LitHub
Back to top