Dino Taraporevala was a beloved family friend—until he murdered two elderly people in the street. Or did he?

I was ten years old, living in Bombay in the seventies, when my father said, “Uncle Dino won’t visit us anymore.”

Dino Taraporevala was not my uncle. In the usual Indian way, we’d bestowed the honorific ‘uncle’ or ‘auntie’ upon him as a friend of one’s parents. Dino visited often, stayed to dinner, played with us kids, and had long chats with my father. A man with a wide smile and rough manners, an untutored accent revealing little education, he was not a close friend, I believe, but an occasional one. My Dad worked at Wellington Mews custom auto body factory. He often bought tools from Dino, whose father had a machine shop, making parts and tools for the factory. Weeks passed, perhaps months.

My father used to tell the tale when he talked about astrology, palmistry, charlatans and such. After decrying them as con-men, Dad would say, “But I knew a man who could read palms. Hasmukh-bhai was an old laborer; he was aptly named, always with a smile on his face. He never took a penny for reading my palm. What he told me were simple matters: things will get easier, you will do well in life, the usual things one tells people. One day we sat together at lunch, and as was his practice, he traced the lines on my palm to tell my fortune. That day Dino stopped by and joined us at the table. Seeing what we were doing, he too offered his palm to be read for a bit of entertainment.” Then Dads face would grow solemn as he went on. “When Hasmukh-bhai saw Dino’s hand, he looked distressed, almost ill. He said nothing to Dino, merely placated him, but later he told me, ‘Aay khooni no hoth che!’ (That’s the hand of a murderer.) And he was right. Years later, Dino was arrested for killing two old people.”

He’d read in the newspaper that Dino had murdered an elderly couple on Princess street. There were few details: Dino had asked them for money; when they wouldn’t give it, so it was reported, he stabbed first one, then the other. The murder weapon was found on the walled property belonging to a fire-temple.

A week later, to my parents’ astonishment, Dino stood for election to the state parliament! By law, candidates could not be arrested until after the election. Although he did not campaign, it was known that he was a Parsi Zoroastrian, so four thousand people voted for him, but it was not enough to unseat the incumbent, a career politician. Dino was arrested, tried, and went to prison. Since India practices capital punishment, he was later hanged for the crime.

Knowing the corrupt state of Indian politics and policing, I now wonder whether we got the story upside down? Was Dino simply the victim of a conspiracy, punished for his political ambitions? If he’d often spoken about standing for the state election, or got some serious support, it might be enough to worry the incumbent. A state MP wields considerable influence—perhaps the incumbent asked a police superintendent to ‘attend to this foolish chap’? Dino’s visits to the elderly couple, fixing their broken chair or repairing a wobbly table could have drawn attention. The Parsi Zoroastrian community is widely respected, and known to be scrupulously honest, so a helpful, generous Parsi candidate would be a serious threat. Was it enough to give the incumbent MP sleepless nights? Did he then concoct a plan with his police buddy, one that not only discredited Dino, but got rid of him and his ambitions for good, thereby securing Mr. Incumbent’s power into the foreseeable future? I also began to question how the murder weapon could be found in the fire-temple property, since non-Parsees are not permitted inside the gates. Only the person who placed it there would know it where it was! Was it planted by the police, tossed over the wall into some shrubbery perhaps, and conveniently later ‘found’? Dino confessed to both murders. That he confessed in police custody lowers the credibility of that confession, since Indian Police have long been ‘above the law’ in their abuse of power, routinely beating up thieves to elicit confessions and regain the stolen goods.

Alas, additional research brought discouraging facts to light. My father recalled giving Dino a ride home on his scooter months before the tragedy. On the way he needed to stop at the local police station over an unrelated matter. When he proposed the brief halt, Dino got very upset, almost unseating both of them in his dismay, and demanded to be dropped home first. Months after the trial, Dad remembered this with sadness, as evidence that Dino had indeed had something to hide. No, Dino had never spoken about standing for election before he was accused of murder. His campaign was likely just a ploy to postpone his arrest. And worst of all, the location of the murder weapon was not ‘found’ by the police, but discovered by bloodhounds who followed the scent there from the murder scene. With Dino’s execution the matter came to an end, yet it remained in my memory as a question.

As a child I recall laughing at Dino’s jokes and imitations, even playing scrabble with him. How could someone so genial and easy-going have it in him to kill?

As a child I recall laughing at Dino’s jokes and imitations, even playing scrabble with him. How could someone so genial and easy-going have it in him to kill? Perhaps he was a hot-head who grabbed up the knife, to threaten, to demand payment. If he arrived drunk one night to collect a debt, I can imagine the couple’s high-and-mighty disgust, poorly concealed, as they turned him away. Perhaps Dino believed the money was owed to him for some service, or worse, that he had a better use for it then the parsimonious couple. Perhaps the old man pushed him, thrust him toward the door, even hit him to get him to leave—something drove Dino to the physical act of murder, of sinking his blade into a living person. After seeing what he’d done, I wonder if he broke down, sobbing, dropping the knife in horror.

But the second murder, how can one possibly explain that? Voices surely rose as the argument got more heated, drawing the old woman from the kitchen, hurrying as she wiped her hands on a rag and tried to placate the two irate men. Perhaps she got in the way. Or perhaps she entered after her husband crumpled to the ground, bleeding, and saw Dino. Then, Dino may have seen little choice but to kill again, disposing of the frail old woman with a single blow. Either way, an old couple were cheated of the remainder of their days, which they should have spent in comfortable quietude. In whatever way it happened, the fact of their brutal death remains.

Was Uncle Dino a murderer, or a victim of conspiracy? A clear enumeration of the details of the murder and Dino’s subsequent apprehension, and examining the source of those details can lend credence to one explanation over the other. It is incumbent upon us all to question, to apply our own deductive reasoning before treating statements as fact; corroborating evidence can make all the difference. So why does this episode haunt me? Is it the faded memory, a picture now blurred through time, seen first through the unquestioning eyes of a child, of a carefree playmate whose guffaw of laughter could fill a room? Or is it the knowledge that anyone might be capable of terrible things, that a genial mask can hide a rough temper, even cold, malicious murder. Perhaps the doubt that tugged my insides all these years is to blame. Was justice really served, all those years ago, at the end of a hangman’s rope. 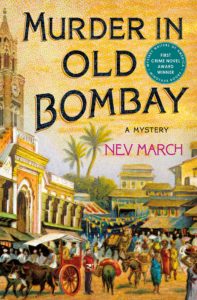 Nev March is the winner of the Minotaur Books/Mystery Writers of America First Crime Novel Award. Leaving a long career in business analysis in 2015 she returned to her passion, writing fiction. She is a member of the Mystery Writers of America and the Hunterdon County Library Write-Group. A Parsee Zoroastrian herself, Nev lives with her husband and two sons in New Jersey. Murder in Old Bombay is her debut novel. 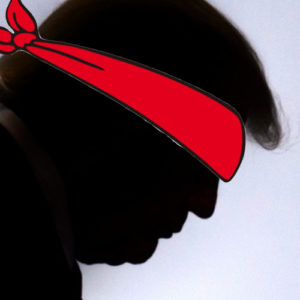 Whether because of his primitive gut instinct or some diabolical strategic scheme, Donald Trump has been undermining—denigrating,...
© LitHub
Back to top