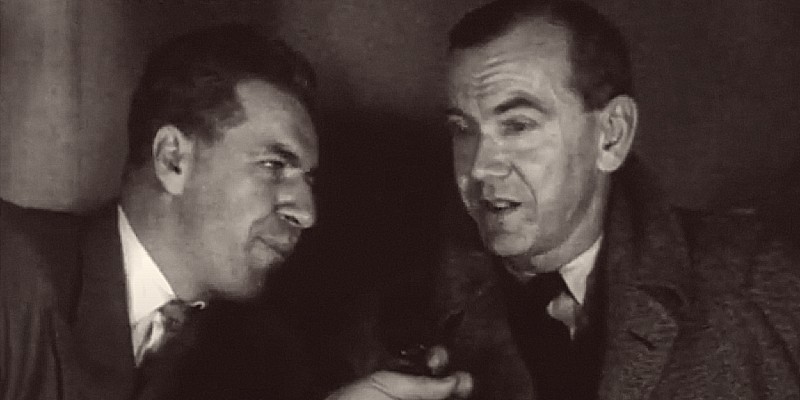 All writer interviews should take place in international waters.

It’s almost hard to imagine there was an era, not really all that long ago, when the most practical way of getting from England to New York was aboard the Queen Mary, the 80,000 ton ocean liner, which sailed under the Cunard-White Star line from 1936 to 1967. Almost equally implausible: since there were often celebrities making the voyage, a television series was built around interviewing them aboard the ship. And this was in an age when writers—yes writers!—were considered celebrities. The series, “Ship’s Reporter,” aired on ABC from 1948 to 1952 and was hosted by Jack Mangan, an evidently affable guy who tended to do his interviews crammed into what appears to be a closet of some kind.

In 1950, one of Mangan’s guests was Graham Greene, the legendary author who had, at the time, already several classics to his name, including Brighton Rock (1938) and The Power and the Glory (1940). In this footage, outtakes from the broadcast, Mangan starts the interview by introducing his guest, “Mr. Gordon Greene, famous English playwright and motion picture writer.” Greene, who has until this time been staring at the camera like a schoolboy very much in need of a visit to the lavatory, gently corrects Mangan, and the two settle in for what is, in the simplest description, a baffling three-minute chat.

(1) Greene, who is headed to the States in the wake of The Third Man‘s success, is quite generous in immediately noting that Orson Welles contributed “some of the best dialogue,” but then balks when Mangan calls Welles a “co-writer.” It’s an obvious over-reach and possibly one that could have cost Greene some money if there were ever a dispute over screenwriting credit.

(2) Either Mangan’s only real talking point coming into this interview was that The Third Man was about “postwar conditions in Europe” or else he’s really, really concerned with the intricacies of the Marshall Plan.

(3) What’s the follow-up film with Carol Reed that Graham Greene mentions, I wonder? Our Man in Havana wasn’t made for another decade. Was there another project that fell through?

There’s plenty more to this little gem. It’s rare to get much footage of Greene from this period, never mind in the thoroughly disarming environs of a ship’s closet. I hope you enjoy it as much as I did. 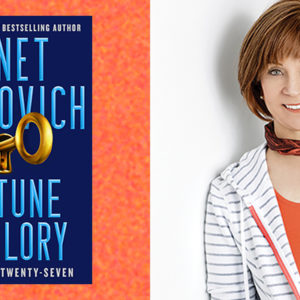 Janet Evanovich, the New York Times bestselling author of the Stephanie Plum series, needs no introduction for this audience....
© LitHub
Back to top