It's Okay to Stop Reading Books with the Same Old Clichés

A few times now, I’ve nope’d out of a crime book or television show right at the beginning when it had a particular kind of opening scene. That scene: a beautiful, scantily clad woman, dead on the ground, the viewpoint lingering graphically on her unclothed victimhood. Usually coupled with grave male detectives who frowned seriously.

I’m not the only avid consumer of crime fiction who has started to have this reaction. Increasingly, there’s pushback against the trope of always making women the victims of violence, especially when done in a sexualized way. On the whole, this pushback is a good thing. Sexualized violence against women has become an easy fictional cliché, damaging in its overuse, and if creators are being forced to think a little harder about whether such a crime, framing, or victim is truly necessary to the story, I am all for it.

We’ve also started to become conscious of other tropes about women that have unfortunate implications. Women whose stories are only about their love interests. The “psycho lesbian” villain. The man-hating shrew who’s horribly unlikeable. The femme fatale whose motivation revolves entirely around her sexuality. The female character who gets into some sort of trouble from which she needs rescuing…

Again, this consciousness is good—insofar as it is leading us to more active, well-rounded female protagonists.

But there’s a step further I want us to go, and that’s having female protagonists who are terrible.

I’m talking about the rogue cop who breaks all the rules but is the best detective on the force. You know the type—the one who ticks everyone off, plays fast and loose with Constitutional rights, and leaves an avalanche of complaints in her wake, but golly does she solve cases.

Or I’m talking about the Sherlock Holmes-ian genius, with powers of analysis no one can match, but social skills that make everyone shun her. She might not even be law enforcement herself, but they grudgingly listen to her because she’s always, always right—and she may have a more straightlaced cop partner who tiredly keeps her in line.

Or the surly mercenary on a crusade for justice, with a past that’s littered with bodies. Or the bad-tempered, hard-nosed PI who drinks too much and doesn’t remember the names of anyone she sleeps with. Or the serial killer who’s also sorta kinda a good guy.

A lot of crime fiction I’ve read or watched does have great female heroes—women who hold their own and don’t back down. But those characters are also usually somewhere within a standard strong, ethical box. Federal agents or police officers or lawyers who fight the good fight, and do it well, and if you met them they’d have firm handshakes but wouldn’t ruin your day. They’re even the type of person who might not be your best friend, but you think you could grab a burger with them without wanting to punch them in the face.

Except the characters we want to punch in the face are some of the best characters in fiction, darn it. And I want more of them to be women. We see a few remarkably awful antiheroines in fiction, but not nearly as often as we see their male counterparts.

It all makes me wonder: are we so conscious of writing Good and Strong and Likeable female characters that we’ve cut out the harsh, sharp, strange ones?

This extends to plot elements as well. I wonder if trying too hard to eschew problematic clichés has the effect of sometimes diminishing women-centric storylines. After all, if we ban ourselves from ever putting a woman in a position she needs rescuing from, we might limit her ability to be a mover and shaker of the plot. If we deny our female characters romantic storylines, we may be cutting off a deep angle of character exploration. If no woman is ever the victim of violence, our female protagonists may end up on the sidelines, barred from any exciting situation where they might be under threat. Etcetera.

Now, don’t get me wrong. I’m not arguing we return to the realm of thoughtlessly turning our women back into the most unfortunate of tropes, reducing them to victims of sexual violence and stifling them into a lack of agency. Quite the opposite. Like I said at the beginning, the whiff of such insulting laziness will cause me to exit the story immediately.

Instead, I’m calling for us to have more women and more varied women—women who are the center of the plot, who make things happen and spark conflict and who, in aggregate, create as many problems and dangers as they solve. I’m arguing for us to ponder hard and take risks—thoughtful risks—in creating unsafe sorts of offbeat women.

I also want us to take steps toward seeing characters of nonbinary genders and every other stripe of diversity…with plenty of help from a broad diversity of creators, of course.

It’s a taller order than simply a demand for “strong female characters,” I know. It requires much more reflection from us creators, especially when dancing between the lines of wondering whether a given female character is too much of a risk, so much that she is going to be problematic or offensive. If her characterization steps on the baggage so many more thoughtless portrayals have left behind, triggering readers because they’ve been burned so often before, we may end up feeding the very social constructions we’re trying to combat.

And we’re going to get it wrong sometimes, and fail sometimes, no matter how deliberate and aware we are. Sometimes there won’t even be one right answer—sometimes a rough, odd, messy, indecent woman in fiction will work for some in our audience and not others. But in my opinion, it’s a journey worth taking, if only so we can see ourselves represented among the most twisted and magnetic characters in fiction.

Let’s not stop at women, either. I also want us to take steps toward seeing characters of nonbinary genders and every other stripe of diversity get their chance at playing all types of people—with plenty of help from a broad diversity of creators, of course. And there will need to be an abundance of discussion and literary critique along the way, but I think we’re up for it.

With thoughtful awareness, we can give our fiction not only equality in “good” and “strong” characters, but in the fascinatingly terrible as well.

The Women Crime Writers with the Most Film Adaptations 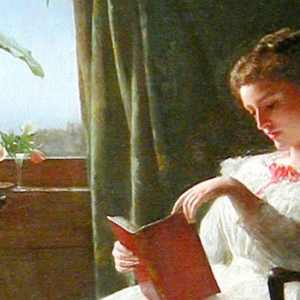 On the evening of Wednesday February 17, 1762, Kitty Hunter, aged 22, was introduced to Henry Herbert at a society ball at the house...
© LitHub
Back to top