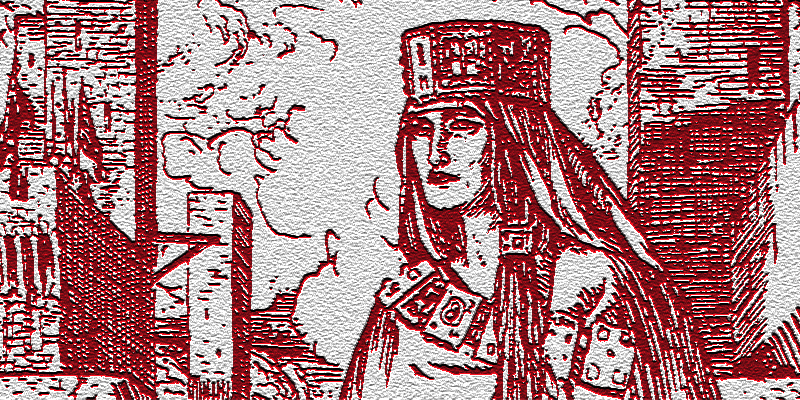 Trends in crime fiction come and go, but the mind is still the most dangerous terrain of all.

Bad news, guys. Suspense is over. Dead. Outlined in chalk on the floor. The world is on fire, politics is beyond satire. I read the bad news in certain newspapers and the publishing trade press; I hear it muttered at book launches, over warm white wine in the darkest corners of the mystery bookstores. The word is that in these dark times, readers are turning to the light: the demand now is for ‘up-lit,’ life-affirming books about quirky romances, or loners finding their groove.

I mean, I’m not happy unless my novels have a body count of at least two, so this is not good news for me. I tried to write a love story once—2012’s The Dark Rose—and killed five people in it. But before I put down my (metaphorical) knife in favour of a bunch of roses, I decided to listen closer to these conversations.

The gist, it seemed, was that suspense has been ‘having a moment’ since the early years of this decade, and now that the decade is coming to an end, it’s time to let another genre play. That theory assumes that the psychological thriller is a recent phenomenon—a new genre that sprang into life the day Gone Girl landed in the NTY bestseller lists—and that books about domestic suspense are merely a flash in the pan.

It’s been a decade-long flash. Before I Go To Sleep, Big Little Lies, Gone Girl, The Girl on the Train and more recently The Woman in the Window and The Silent Patient. This is crime fiction, told not by law enforcers but by the victims and the perpetrators (who are sometimes the same character). The plots here hinge not on detection or forensics but on human nature.

The truth is, these stories are as old as paper itself. Marriage revenge-thriller Medea was first performed 2,500 years ago: Lady Macbeth (manipulative: delusional: possible post-puerperal psychosis) leaves Gone Girl’s Amazing Amy in the dust. Jane Eyre, with Mr Rochester’s broken first wife tucked away in the attic of Thornfield Hall, is the original ‘don’t trust your husband’ novel. Dickens’ recurring themes are like a cheat-sheet for writing modern psych thriller: abandoned or stolen children, dark family secrets, amnesia, dissociation, genetic inheritance. If Great Expectations were published now, the cover would be emblazoned with the legend ‘A shocking twist you’ll never see coming!’

My new novel, Stone Mothers, belongs to a sub-genre of this sub-genre of crime: the mental asylum novel. One of the many books I read and loved as a teenager that set me on this path was Wilkie Collins’ Victorian gothic thriller The Woman In White. The shifting sands of this plot, with its unreliable witnesses and as many layers as a Victorian petticoat, blew my teenage mind. Collins’ twisting melodramas were called ‘sensation novels’ in their day, which I think we can all agree is a term that should be reinstated as an Amazon sub-category right now. The Woman In White opens with a woman in (spoiler!) a white dress appearing in an English country lane. Maybe she had just escaped from a mental hospital, maybe she hadn’t. Maybe she should have been in there, maybe she shouldn’t. Maybe she was who she said she was, maybe she wasn’t. The concerns of the book—who is this woman and can we trust what she says?—are central to the plot of Stone Mothers and so many recent big hitters.

The psychological thriller did not die but it did lie low for a while. The chaos and global trauma of two world wars led to an explosion of ‘golden age’ crime fiction, in which the murders were always solved neatly at the end.

No matter what the state of the world, readers are drawn to crime fiction about ordinary people in extraordinary circumstances.

But by the middle of the century psychological realism began to trump the ingenious murder methods and crossword-puzzle neatness of the country-house murders. Agatha Christie’s standalone thriller Endless Night heralded the psychological thriller’s rebirth. Gone were the graveyards and the widows’ weeds of the Victorian era. Gone were the stately homes, posh murders and amateur detectives of the 1930s and 40s. With the unprecedented social mobility of the post-war years came deadly social aspiration, as in Highsmith’s Ripley novels, a series of books in narrated by an anti-hero, a career criminal who’s a con-man and a serial murderer but hey, he loves art and can turn on the charm when he needs to. These blurred lines and uneasy reader loyalties became a staple of the psychological thriller. Women’s emancipation led the psychological thriller into deliciously dangerous new territory. As women became free to marry the men of their choice, they were free to choose disastrous, dangerous men: Daphne du Maurier’s Rebecca being a case in point. Ira Levin’s A Kiss Before Dying is a masterpiece in misdirection. Ruth Rendell understood better than anyone the everyday violence behind the lace curtains and the picket fence. I occasionally teach creative writing and I tell my students who aspire to write psychological thrillers to by all means read me and read my peers, but read these texts too: you must know the giants upon whose shoulders we all stand.

In the late 1980s and the 1990s, the explosion in forensic technology and advances in detection methods meant that the pendulum swung for a while towards tech-based thrillers were the murders were as likely to be solved by someone in a lab coat as with a police badge, and serial killer thrillers, in which the latest psychiatric profiling techniques made chilling fiction.

Then, at the turn of the last century the pendulum swung back the other way with the momentum of a wrecking ball. Before I Go To Sleep arguably kicked off the genre’s renaissance; based as it is on a real-life case of amnesia, it put the psychology back in the psychological thriller and made fashionable again that the mind is the most dangerous terrain of all. The genre didn’t so much burgeon as explode. Now, every blockbuster has its copycats: even the covers all look the same. Have we reached saturation point? Maybe. Do I despair? Hell, no. I think it’s a good thing. Knowing I have to fight harder to be seen has made me raise my storytelling game: work harder with twists and settings I haven’t read before.

No matter what the state of the world, readers are drawn to crime fiction about ordinary people in extraordinary circumstances. The idea that the real danger isn’t out in the big bad world but locked behind your front door is too chilling to resist. Like the ‘corpse’ spluttering and rising from the bathtub, this genre will never die.