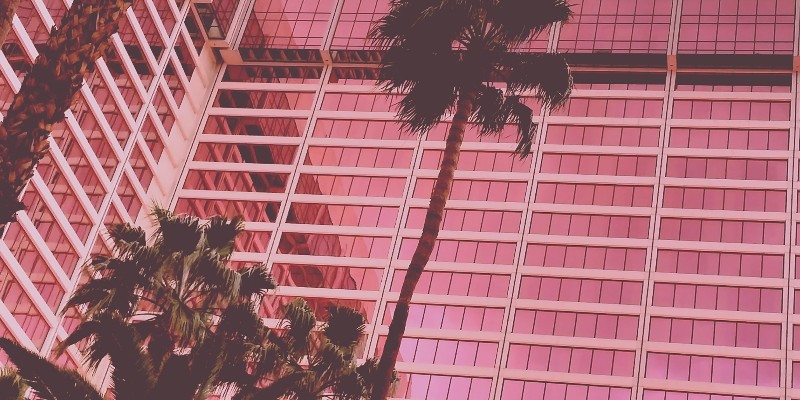 Ioan Grillo follows the trail of the "Iron River" through a Vegas expo to a Vermont warehouse to the Texas-Mexico border.

The SHOT Show held annually in Las Vegas is a multicolored, multifaceted, overwhelming, ballistic, gargantuan, flamboyant, and slightly surreal look at the U.S. firearms industry. The biggest gun trade show on the planet fills the sprawling Sands Expo and Convention Center, boasting more than 700,000 square feet of exhibition space. Closed to the public, it attracts over sixty thousand people from the industry, including gun makers, gun importers, gun dealers, gun repairers, gun specialist lawyers, gun trainers, gun lobbyists, and gun anything else you can think of. Representatives from armies and police forces around the world attend, sealing bulk orders in meetings in glass booths. 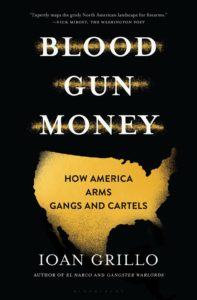 It takes days just to walk around the vast halls staring at the labyrinth of displays. It’s not only guns. There are all the spillover products—anything you could imagine that has a connection to guns. These include gun polishers, gun store software, sights in all shapes and sizes, camouflage face paints, bulletproof jackets, full-on body armor that looks like Iron Man, vast displays of outdoor gear (including boots, tents, and entire cabins), contraptions to sweep up bullets, silencers, ear protection, night-vision gear, tactical headsets, and targets galore, from simple circles to pictures of turbaned “terrorists.” Then there’s the machinery to make guns and ammunition, from the industrial metal-cutters worth hundreds of thousands of dollars to the craft tools for local gun repairers and the many hobbyists who want to smith their own weapons.

In the heart of the expo, the NRA has a bulging display, and when I am there, I see Dana Loesch, then its spokesperson, signing autographs, taking photos with fans, and getting the present of an exotic rifle. There are various reflections of gun culture politics. One gun is engraved with the slogan in trump we trust. The Black Rifle Coffee company vends a liberal tears brew.

And there are the guns themselves. Gun after gun after gun. Guns small enough to fit in your shirt pocket to huge pods mounted on helicopters; exquisite long guns for competitive shooters to bargain bucket pistols; single-shot rifles to handguns with double drums of ammunition. The huge .50-caliber rifles grab attention, as magnets for attendees to stand behind and pose for photos; the grenade launchers are more discreet, weapons for sale only to military and law enforcement. And of course there are the Kalashnikovs and AR-15s, every variety you can imagine, including a bulging display of Century Arms, with the Dracos and WASR-10s that I saw in Cugir.

The SHOT Show straddles the two major markets of the weapons industry. The first is the market to sell guns to soldiers and police, both American and global, and for this the SHOT Show attracts the same people that do the circuits of the big arms fairs, where missiles and fighter jets are on display in Paris, Kiev, Cairo, Jakarta, and Karachi. The second is the market for civilians, or rather the dealers who sell to those civilians, and for this you see how guns are promoted as a consumer product, some- times with bold action displays, sometimes with a lot of nerdy detail, sometimes with beautiful, scantily clad models posing with pistols. Back in the 1990s, Glock took a professional stripper to Vegas to promote its firepower.

The marketing of guns as consumer products gets a huge boost from the endless gunfights in TV and movies. Gun publicists deliberately target prop managers, and a business has emerged of movie weapons specialists who link the studios to the gun companies. This secured iconic gun-naming scenes, such as Clint Eastwood in Dirty Harry saying, “This is a .44 Magnum, the most powerful handgun in the world.” Indeed, at the SHOT Show, there is a case with the very weapon from Dirty Harry, along with guns from Die Hard and Lethal Weapon, and even the old rifle from Jaws. But then moving pictures have also boosted cars, sunglasses, and cigarettes.

The American gun industry is like any other consumer business in various ways: it has an army of salespeople, product managers, and executives who grind numbers and get pressure on bottom lines. There is a specialized gun media, which lives on advertising from the gun companies and is omnipresent at the SHOT Show. Its language is super consumer focused, with product reviews, discussions of new features, and highlights of bargains.

It was in this consumer gun culture that importers brought the semiautomatic Kalashnikovs into the United States and made them a familiar feature in shops and shows. Kalashnikovs now sit alongside Colts and Remingtons, Glocks and Berettas, H&Ks and Smith & Wessons in the arsenal of American aficionados.

Century Arms, one of the biggest importers of Kalashnikovs, also straddles these worlds between military supplies and the U.S. consumer market. Providing guns such as the Draco and WASR-10, it has a solid following among American shooters. But, being a major dealer in military surplus since the sixties, it has been involved in controversy. The name of the company or its founders has shown up in reports on the Iran-Contra scandal, WikiLeaks cables about guns from Guatemala, and the trace info on the guns from the ICE killing.

The company’s main warehouse is in a small town in northern Vermont, where it keeps a low profile tucked away amid dairy farms. Vermont journalist Ken Picard visited to find an eighty-thousand-foot warehouse surrounded by a chain-link fence and barbed wire.

“The corrugated steel building sports no outdoor signage, except for a small listing on the industrial park’s outdoor directory and a flag bearing Century’s corporate logo: a world map in the crosshairs of a rifle scope,” Picard wrote.

When Picard asked two local senators about it, a Democrat had never heard of it, while a Republican said, “I’m not 100 percent sure what they do.” The exact details of Century Arms are opaque, the owners giving journalists a wide berth. When I sent them an email asking questions for this book, they didn’t answer, as they also didn’t answer questions from Picard or an investigation by the Center of Public Integrity.

However, bones of its story appear in various documents and news reports over the years. Century Arms started business in the 1960s, after founder William Sucher was selling office equipment and a struggling customer paid for typewriters with some old carbines. Sucher teamed up with his brother-in-law Emmanuel Weigensberg to sell the weapons, and they made such a nice profit they moved into it full time. They began importing Italian guns by the pound and then moved farther east.

Weigensberg scored a fruitful deal in the 1980s as Reagan waged his covert war against the Sandinista government in Nicaragua, backing its enemies, the right-wing Contras. Amid the sprawling scandal of Iran-Contra, Weigensberg was a broker selling Chinese weapons to the Contras. He did this through another company of his empire in a deal described in the report into Iran-Contra by independent counsel Lawrence Walsh, which says Weigensberg made $240,000.

After the Berlin Wall came down, Century Arms moved on to the stockpiles of Eastern Europe, and then to working with factories including Cugir to build Kalashnikovs. They are not breaking any laws by importing the weapons into the United States. But the reality is that many end up in Mexico, given that more than five hundred Romanian AK-47s were recovered from Mexican crime scenes in a four-year period. Among those were our WASR-10 and Draco.

Over the years I have looked at the economic logic of drug trafficking, how it functions as a business, and what makes it so extraordinarily violent. It’s not that complicated. Take cocaine.

Cocaine is produced cheaply from the coca plants of the Andes, where peasant farmers get about eighty dollars for a heap of leaves. After gangsters (or guerrillas) put this through two chemical processes, it becomes a kilo brick of cocaine, worth about $1,500 to $2,000. This goes on a journey by plane, car, or submarine to reach the U.S.–Mexico border, where it is worth ten times that. And when it is divided into grams to be sold in a nightclub in New York City, it’s worth more than a hundred thousand dollars, and two or three times that if it is cut up with crap.

The profit margins are so ridiculous that everyone wants a piece, and this leads to the most violent players taking over, and the creation of sociopaths like the Zetas. The United Nations estimates that the global drug trade is worth more than three hundred billion dollars a year, the biggest black market on the planet.

An important feature of the drug trade is that it is illegal along all the links in the chain. That kilo of cocaine is produced illegally in Colombia, trafficked illegally through Mexico, and sold illegally in America.

The black market in guns follows a distinct logic. The vast majority begin as legal products and at some point cross an invisible line and go into the black market.

There are other key differences. Illegal guns are a product that criminals sell, but they are also tools they use to control other rackets, such as drugs. The price of illegal guns can go up steeply, delivering traffickers a nice profit, if much less than that from drugs. But prices can also dip sharply from a host of strange factors.

In the case of our two guns from Cugir, they crossed this invisible line, from legal to illegal, in Texas in 2010. 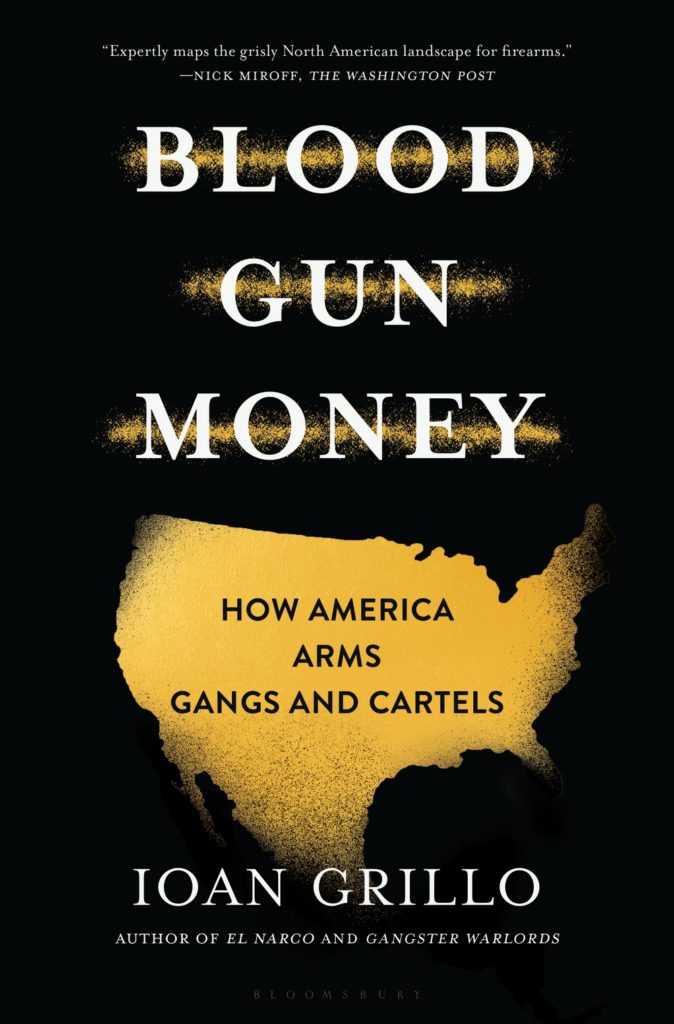 Ioan Grillo is a contributing writer at the New York Times specializing in crime and drugs. Based in Mexico City, he has also worked for Time magazine, the History Channel, CNN, Reuters, the Associated Press, and Esquire. He is the author of El Narco, a finalist for the Los Angeles Times Book Award, and Gangster Warlords, a New York Times Book Review Editor's Choice and a Guardian Book of the Year. 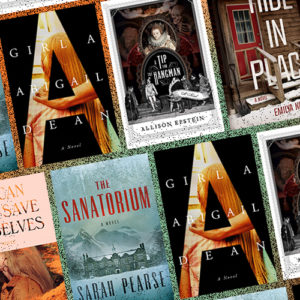