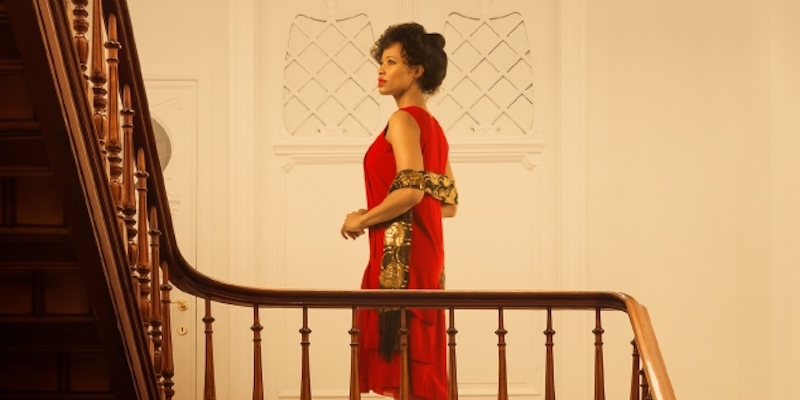 "His pinnacle lesson? Own your self-agency."

We could start with those orange pips—and the role that five little orange seeds played when Sherlock Holmes took on America’s KKK.

Those “cunning devils,” Holmes raged in “The Five Orange Pips,” spurning not the seeds but the Klan for sending its dried-up little warnings to the UK in Klan envelopes, leaving intended victims terrified. Holmes scorns even the name Ku Klux Klan as “derived from a fanciful resemblance to the sound produced by cocking a rifle.”

Therefore, in just this one adventure, Holmes seems to justify his right to mentor the young, gifted, and Black. He even gets Klan history right, calling it a “terrible secret society” formed, he tells Watson, by “some ex-Confederate soldiers in the Southern states,” its political power used “principally for the terrorizing of the negro voters and the murdering or driving from [America] of those who were opposed to its views.”

It’s a remarkable political summation, especially for Holmes, who, in another story, showed outright revulsion for a character of color, namely the former slave Steve Dixie, ridiculed by Holmes—in a still-debated encounter—for his smell and the lip size of his “hideous mouth” (in “The Adventure of the Three Gables”).

Then there’s his patronizing of women, willing to solve their mysteries but unmoved to give himself with abandon to one real relationship.

So what can Sherlock Holmes teach a young Black female sleuth? Or is it the other way around? Can she take his lessons and make them her own? My young fictional newcomer, theologian Annalee Spain, after all, has survived in an unjust world, daring to take on a cold case murder in her hostile Colorado town—a 1920s Klan stronghold. So surely she must know a few things that even the world’s greatest detective might consider.

Own your magic. Walk tall in it. Embrace it. No apologies. Holmes—a tower of intellectual prowess—doesn’t blink to declare, “I am a brain, Watson. The rest of me is a mere appendix” (“The Adventure of the Mazarin Stone”). “My mind,” he announces in The Sign of Four, “rebels at stagnation. Give me problems . . . and I am in my own proper atmosphere.” Sounding downright biblical, he proclaims boldly his “I am” affirmations, asserting: “I am the last and highest court of appeal in detection.” This would be insufferable for a mere mortal if it weren’t true.

What magic, then, can a young Black sleuth deploy for crime fighting? No, not a conjuring, but one’s unique knowing. Barbara Neely’s beloved Blanche White (Blanche on the Lam) owned her dark-skinned reality as a child, so she simply had “the night in her.” As a cousin told her, “People what got night in ’em can step into the dark and poof—disappear! Go any old where they want. Do anything. Ride them stars up there, like as not.”

So Blanche called herself Night Girl, so stealthy her mother thought she had second sight. Now sleuthing in middle age, “Everything I was then, I am today,” she decides, her Night Girl courage and daring still intact.

Meanwhile, our Holmes? Possibly a racist? Or at the least, not politically correct? For young Annalee, fighting crime in Colorado’s Klan heyday, Holmes’s racial bona fides aren’t her worry. She knows that even the lowly Jesus, in one of his parables, cautions to be shrewd. Thus she defers to Holmes not for what he isn’t, but for what he teaches. His pinnacle lesson? Own your self-agency.

Trust the logic. Hunt it down. Honor it. No scoffing. As Holmes famously concluded, “Crime is common. Logic is rare. Therefore it is upon the logic rather than the crime that you should dwell” (“The Adventure of the Copper Beeches”). Thus, in the Holmes’s story, “Silver Blaze,” the guard dog doesn’t bark when the valuable racehorse is stolen at midnight. Why? Logically? The dog knew the person who breached the grounds—the horse trainer.

But who killed the horse trainer? Logically? The horse. (Or as G. K. Chesterton, creator of Father Brown, another iconic fictional detective, wrote in his classic treatise “How to Write a Detective Story”: “The truth is so very simple. The truth really is so very obvious.” Indeed, “the story is named after the horse; it is all about the horse; the horse is in the foreground all the time.” Holmes follows logic, therefore, to the horse. Or as Father Brown might say, don’t complicate.)

Young Addy, the former slave of Evelyn Coleman’s American Girl History Mysteries, doesn’t shy from an obvious but dangerous secret to solve her whodunit. Logic leads her bravely to the truth. (Even more brave may be American Girl’s willingness to let eleven-year-old Addy tell it.)

Dress the part. Wear your cravat? Sport a cape? Ask your barber for a drop fade? Only if the look advances the crime fighting. Holmes, who seems to have inspired a now-Sherlockian look—a kind of Spencer Hart / Dolce & Gabbana / Yves Saint Laurent mashup—wasn’t, in fact, a fashion plate, not in the original stories (despite Sidney Paget’s incomparable illustrations). Where Holmes excelled, however, was in the art of disguise. His lack of vanity in his crime-fighting appearance is instructive, especially from one so otherwise arrogant. So put on that maid’s uniform, as Barbara Neely’s Blanche willingly did—losing herself in it while gathering clues, which Homes would say is the point.

As Blanche understood: “A family couldn’t have domestic help and secrets.” So becoming “the help” isn’t a step down.

Never mind the police. Despite tedious encounters, too many even deadly in everyday Black life, officers of the law shouldn’t necessarily take center stage, by default, in a young Black sleuth’s ventures. This is liberating to know, and Holmes provides the template. Sure, Lestrade and the others were perfect foils for Sherlockian brilliance. And Holmes wasn’t beyond helping them by sometimes sharing clues. But they weren’t his primary worry or concern. So they’re not distractions in Holmes’s stories. Should they be in life?

Don’t go it alone. Get a trusting friend. But expand the definition. Walter Mosley’s Easy Rawlins had sidekick Mouse, but in Los Angeles, “My constant friend was the [car] radio, and most of my conversations were not face-to-face but side by side in the front seat or through the rearview mirror of some jalopy that I would drive until it gave out and I had to buy a new one.”

Holmes had Watson, of course—loyal and kind—who’d bound out of bed at daybreak from a deep sleep, with no prior notice, “to accompany my friend” on a case.

Whatever else is speculated about the two Londoners’ relationship, sitting squarely at its heart was friendship. Not a perfect friendship. But enough to prompt this tender scene in The Case-Book of Sherlock Holmes:

“You’re not hurt, Watson? For God’s sake, say that you are not hurt!”

It was worth a wound—it was worth many wounds—to know the depth of loyalty and love which lay behind that cold mask. . . . For the one and only time I caught a glimpse of a great heart as well as of a great brain.

Refuse to die. Call him Lazarus. The label fits. Holmes was killed off by Doyle in “The Final Problem.” But Holmes’s fans said no, demanding the detective be revived. Three years later, Doyle allowed his reappearance in The Hound of the Baskervilles.

For young Black fictional sleuths, the fight to stay alive should be just as determined. Facing the business end of a .45 Browning pistol near the end of her first mystery, my Annalee Spain sees her young man running across the barren Colorado landscape, yelling at her, his eyes demanding, in his own way, You ain’t got time to die.

Mosley’s Easy Rawlins clawed back from the brink of life in Little Green. But life, wrote Mosley, “has little to do with progress. More often than not men make the decisions that lead to their own deaths. They delegate, hate, stay when all the signs say go. Mostly they’re unwilling to make a deal. And they’re almost all forgotten. No better remembered than a cockroach who succumbs to a poison that you set down under the pantry six months before.”

Or the young Black sleuth can be deliberate—like mentor Holmes. I ain’t got time to die, he must have convinced Doyle. If life is good enough to fight for by Holmes, the rest of us should fight for it, too. Young Black sleuths? In a world of crime and consequence? May they fight best of all. 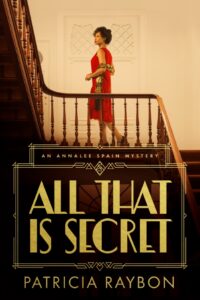 Patricia Raybon is an award-winning author and essayist whose books include My First White Friend, a Christopher Award–winning memoir about racial forgiveness, and I Told the Mountain to Move, a prayer memoir that was a Christianity Today Book of the Year finalist. Patricia’s other books include The One Year God’s Great Blessings Devotional and Undivided: A Muslim Daughter, Her Christian Mother, Their Path to Peace, coauthored with her younger daughter, Alana Raybon. Patricia’s essays on faith, race, and grace have been published in the New York Times, Newsweek, USA Today, Guideposts, Christianity Today, and other national publications and blogs. She lives with her husband, Dan, in her beloved home state of Colorado. Her new novel, All That Is Secret, is now available from Tynedale Press. 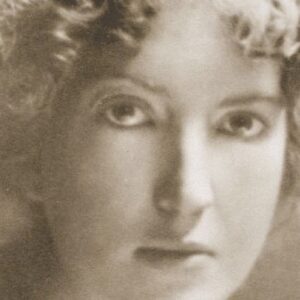 San Francisco, March 1907 Nora May French was two weeks late. She was twenty-­five years old and had never been late—not...
© LitHub
Back to top