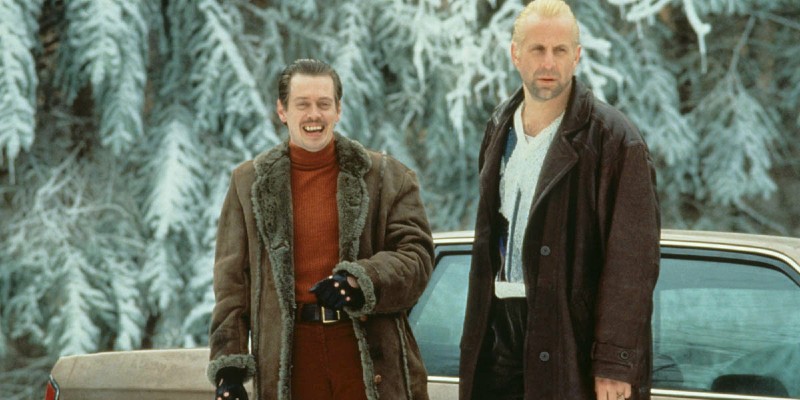 Catherine Dang on the dark underbelly of all those polite, respectful interactions.

My home state of Minnesota is known for three things: its 10,000 lakes, its brutal winters, and its polite, yet reserved behavior from residents. For the uninitiated, this behavior is known as “Minnesota Nice.” We love being courteous, but we also desperately crave our space.

For example, one Minnesotan might help their neighbor jump-start their car in the winter (that’s polite!). Then the two of them never speak again (that’s space). A Minnesotan might describe their overly salty meal as “fine” (how polite!) and then avoid eye contact with the wait staff for the rest of the meal (that’s space!).

But Minnesota Nice is most evident at our four-way stops. Each person politely waves at the others to go. No one does. Then two cars inch forward. They stop, look at each other. There’s more waving until someone finally speeds through. The exchange leaves everyone slightly annoyed, but no one’s feelings are hurt. Politeness has been maintained. Space has been respected.

Some state residents genuinely like Minnesota Nice. It’s viewed as a remnant of the state’s Scandinavian heritage. It is the shy, yet endearing Midwestern cousin of Southern Hospitality. Niceness is a positive trait, and it sets us apart from other places—we’re not “mean” like the New Yorkers, nor “crazy” like the Floridians, nor “laidback” like the Californians. We are shy, pleasant folk. We don’t ruffle feathers.

But other people would disagree. Some dissenters say that Minnesota Nice is a disparaging term, one that hides a far grimmer reality. I think it’s the same reason why the Coen Brothers set their famous crime-comedy film, Fargo (1996), partially in Minnesota, and it’s why I unknowingly set my debut novel in the same state. We were all born and raised here and armed with a knowledge that probably follows us to this day:

There is something inherently creepy about Minnesota Nice, and it lends itself perfectly well to crime writing.

Minnesota Nice is not about niceness at all, but rather, it’s about the appearance of niceness. We are very concerned about the people around us. We don’t want to be judged poorly for our lack of good manners. We want to seem friendly, hospitable. That’s why we’ll smile awkwardly at strangers on the street. That’s why you’ll hear an apologetic, “Ope, just getting through here” as someone passes by in the grocery store aisle.

A consequence of Minnesota Nice is that we often don’t say what we mean. We don’t want to cause problems by complaining or turning down someone’s goodwill. We will lie straight through our teeth to keep the situation calm. Some of us are very skilled at making small-talk, especially on the topic of weather. But if you listen closely, the Minnesotan never directly explains what’s on their mind. That might lead to an accidental quip about religion or politics, and these topics are incendiary. Confrontation is ugly, and it makes us extremely uncomfortable. Why ruin an otherwise pleasant situation? We stick to neutral topics, which in Minnesota, is always the capricious weather.

Minnesotans might be labeled as shy for their reserved behavior, but that distance serves a purpose. Social circles are tight in Minnesota, and outsiders are excluded. People have already established their friends and family, so strangers at best are viewed with indifference. At worst, they’re viewed with caution. It’s why people new to the state will complain about the lack of meaningful friendships that they make here. Your Minnesotan gym buddies might suggest you all hang out sometime, but a year will pass until you realize that no plans were ever made, no invites ever sent. You might be friendly with your Minnesotan coworkers, but you’ll have no idea if someone has a wife, kids, or even a fulfilling life outside of the office. Everyone is kept at arm’s length.

But with Minnesota Nice, everything pales in comparison to our passive aggression. We aren’t any less aggressive than other people—we’re just subtler about it. We like to exclude people to gently let them know that we’re not interested in getting closer. We remind marginalized people of how “different” they are with backhanded compliments: “Hi Stranger, you’re not from around here, are ya?”; “Oh wow, that’s pretty exotic”; “You’re not as [fruity/loud/quiet/slow] as the ones on TV.” And instead of directly solving a dispute with our neighbor or our coworker, Minnesotans would rather ignore the problem and hope for the best. Getting involved could lead to a confrontation. Besides, there are quieter ways to get back at someone. We can always spread a bit of gossip or enact a bit of sabotage. In Minnesota, we believe in a slow, quiet burn, not an explosive burst of anger. The pain lasts longer, and we don’t look quite as bad. But aggression, even the mildest forms of it, will always express itself somehow. That’s the scariest part: you never know when a Minnesotan will snap beyond their polite exterior. You don’t know how bad or how violent that moment may be.

I could wax poetic about Minnesota Nice, but it wouldn’t capture the full scope of it. Minnesota Nice can be as exaggerated or as mild as one makes of it, but it needs to be experienced firsthand. Up here, the weather and the people can make for a tense combination. We can breed an atmosphere of paranoia, fear, and hatred here under our pleasantly mild demeanors. So for any novelists interested in writing about Minnesota, the main question is always this: would you rather be stabbed in the back or the front? 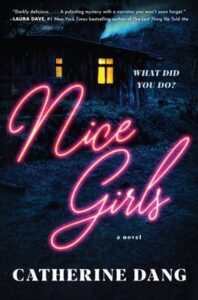 Catherine Dang is a former legal assistant based in Minneapolis, Minnesota. She is a graduate of the University of Minnesota. Nice Girls is her first novel. 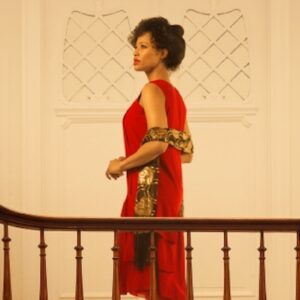 We could start with those orange pips—and the role that five little orange seeds played when Sherlock Holmes took on America’s...
© LitHub
Back to top