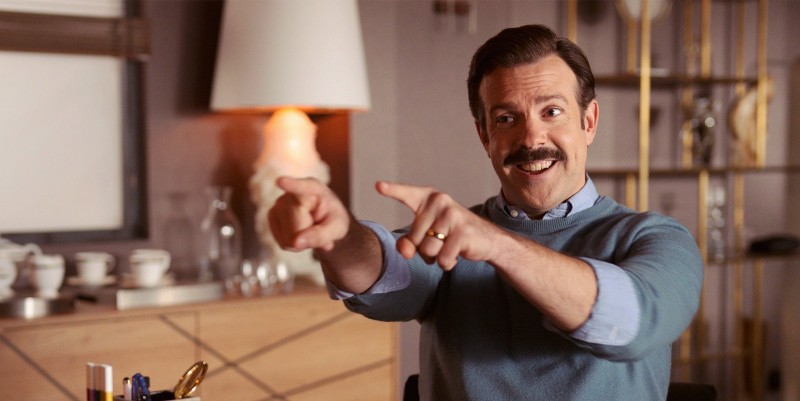 Like pretty much everyone in the United States, I’ve watched two things since the pandemic began in March 2020: Tiger King and Ted Lasso.

Let’s ignore the first show, because it’s embarrassing and absurd, and focus on the second.

Ted Lasso, about an American college football coach hired to manage an English soccer team, is like a television hug. It’s a meditation on kindness and grace at a time when those two qualities are sorely lacking in our society.

I wasn’t prepared to enjoy the show as much as I did. I’m not a soccer fan, and I’m lukewarm on comedies. Even though I write cozy mystery and romance—and demand a happy-ever-after in the books I read—I’m not a fan of gushingly positive stories in my viewing habits. Usually, I gravitate to darker, violent shows like Gomorrah, Casa de Papel, or The Sopranos.

At first I resisted Ted Lasso, dismissing it as twee fluff at best, and toxic positivity at worst. But I gave it a try and was sucked in, charmed by the characters and fully invested in the story. With each episode, I admired the razor-sharp writing, the easter eggs in the narrative, the fleshed-out character arcs.

I began to think about why the show resonated with me, and how I could capture some of that magic in my cozy mysteries. It struck me that the thing people love about Ted Lasso—namely, the kindness and empathy—are also elements of many cozy mysteries.

To be sure, there are some things in the show that don’t fit the cozy narrative. Most notably, the character of Roy Kent, an aging soccer player who loves the F-word as much as the cozy genre adores cupcakes. He’s also incredibly sexy, so just ignore him for the purposes of this article and allow the romance writers all of the Roy Kent feels.

By the end of the second season, I was taking notes while watching, noting its parallel with cozy mysteries, and wanted to share them with you. Don’t worry: if you haven’t seen Ted Lasso, there are no spoilers in this article.

(1) Conversation is everything. In Ted Lasso, the dialogue between characters is sharp, hilarious and revealing. Aim for this power trio in your writing, because it will keep readers riveted—and laughing. No, the dialogue in Ted Lasso doesn’t sound like the average conversation between actual humans. It’s better, sharper, and that’s what you should strive for.

(2) Be honest. Whether Ted is sharing his views about English tea (he thinks it tastes like “hot, brown water”) or about his feelings, he’s honest. Channel this onto the page by giving readers all the clues they need to solve the mystery. Be subtle and plant lots of red herrings, of course. But don’t trick your reader, and don’t lie to them, either.

(3) Humor helps ease stress. Many cozy mysteries aim to be funny, and that’s great. We need more laughter in our lives. Humor is difficult to write and when it goes overboard, it tends to fall flat. Too much humor and cozy characters risk coming off as insensitive to the main conflict (which is usually a murder). When there’s no humor or cozy vibes, a book can easily dip into darker territory—which is fine, but not what one wants in a cozy mystery. Balance jokes and humor with tense scenes throughout your book, and readers will turn the pages faster than Dani Rojas says “football is life” in Ted Lasso.

(4) Being a fish out of water makes for great viewing (or reading). The first, and main, conflict in Ted Lasso is the fact that he’s a quintessential American transported to coach a beloved team in a football-obsessed country. He also knows nothing about soccer, or life in the U.K. Cozy mysteries are often about characters who are starting over, either in someplace new, or someplace old that feels new. Ted Lasso takes this trope and dials it up to eleven, and you should too. Freshen it up through smart dialogue and your character’s reaction to their new world, not through boring backstory.

(5) Kindness rules. Most of the characters in Ted Lasso earnestly practice kindness, compassion, and decency towards themselves and each other. These are things the characters in your cozy should aim for, as well. Cozy mystery readers want to read about interesting, funny and kind sleuths. Yes, they can have flaws—Ted Lasso does, and the way the show’s writers allowed his flaws to unfold was masterful writing—but don’t forget that they should also be kind. Snark grows tiresome.

(6) Don’t take things personally. Ted Lasso doesn’t care when his football club’s fans boo him from the stands or call him a “wanker” to his face. He just smiles and soldiers on. Ted doesn’t let this shake his confidence. Take this as inspiration when you, the hardworking author, get a bad review. It’s not personal, so don’t let it slow you down. Reviews are for readers, not you. Don’t respond, don’t complain on social media, don’t go ballistic (although it’s okay to commiserate in private with your author friends). Just smile and move on and write the next book.

(7) It takes a team. This is Ted’s main message to the AFC Richmond club—a team that is kind to each other, and works together, can win. Or not. Winning isn’t always the goal. Helping players be the best versions of themselves is the purpose of Lasso’s slightly corny, heartfelt teachings. This is also your endgame as a cozy author: write a story where the characters are the best versions of themselves by the end of the book. Of course they have to solve a crime, and it takes a team of eccentric characters in a cozy to parse clues and settle on a suspect. Use that team to your full advantage by creating well-rounded characters who have dreams, hopes, and goals. You’re probably doing this for your main character, but do it for your secondary characters as well. Those supporting cast members will help your protagonist shine and work as a successful sleuthing team. As Ted Lasso said, “I think that if you care about someone and you got a little love in your heart, there ain’t nothing you can’t get through together.” 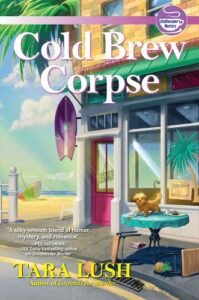 Tara Lush is the author of COLD BREW CORPSE, a cozy mystery set on Florida’s Gulf Coast. It will be published by Crooked Lane Books on Dec. 7. Tara is the pen name of Tamara Lush, a former Associated Press reporter and RITA-finalist romance novelist. 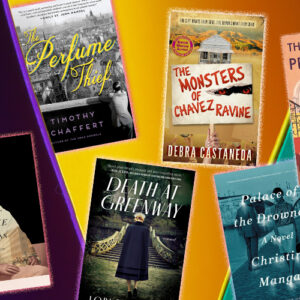 I know, I know, this list is so 20th century it's embarrassing (although maybe we're now far enough into the 21st century...
© LitHub
Back to top