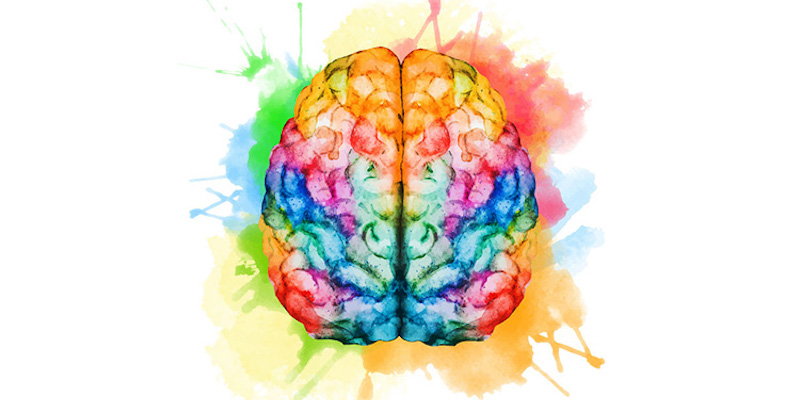 A Psychologist's Pointers for Exploring Obsession and Infatuation in Crime Fiction

What is obsession, and what drives it? When does being focused become obsessive? Can ambition become unhealthy? The answer may depend on the success of the endeavor. Has a nearly impossible feat been achieved? Or have the the rights of others been compromised for a myopic fantasy?

As a science, psychology is notorious for providing discrepant explanations. One of my professors described the use of differing theoretical orientations to examine a problem as observing a house’s interior by walking its perimeter, looking through a window on each side. Different angles each show an accurate view.

Among my patients, the most common presenting problem involving obsession is Obsessive-Compulsive Disorder, or OCD, the patterns of which have little to do with the type of pursuit-driven obsession that motivates fictional characters. In fact, I see OCD as an ineffective anxiety management strategy, where an obsession focuses on a potential danger, and the compulsion is whatever behavior must be performed to mitigate that danger. An OCD Patient’s obsessive thoughts usually fall into common categories, often involving unintentional harm caused to others by carelessness, such as accidentally hitting a pedestrian with their vehicle, or burning down their house because of a stove burner left on. The insidious mirage is that performing a particular behavior is the only way to reduce the perceived threat.

Perhaps no mental health issue is as frequently mischaracterized as OCD. People commonly say, “I’m a little OCD” about something, when what they mean is that they have a strong preference. The tension created by this disorder is sometimes used in comedy to the great frustration of patients who suffer from it. Characters with OCD are many times shown in a silly light, suggesting that solving their dilemma would be as simple as getting out of their own way. For example, the character Sheldon Cooper in the Big Bang Theory often struggles to not “lose it” over what appears to be a minor detail. In reality, OCD routines are time-consuming and aggravating, and many with OCD struggle immensely to get through each day. A more accurate portrayal can be seen in the film As Good as It Gets, in which Melvin, played by Jack Nicholson, avoids cracks on the floor or sidewalk and washes his hands in scalding water with a brand-new bar of soap each time. To stay comfortable, he must turn each lock on his apartment door a predetermined number of times.

In reality, OCD patients often feel tortured by their compulsivity and agonize over repeating the same behaviors over and over. Without getting too far into the weeds clinically, OCD treatment usually involves relaxation training and a behavioral technique known as exposure with response prevention, which bears little resemblance to addressing the obessions of most fictional characters.

In thrillers, obsession provides the motivation for a lot of risky behavior. In real life, maintaining an obsession requires tremendous energy. People in obsessed states live unbalanced lives because the object of their focus requires so much attention. Much of the time, such deep devotion to a single person or goal is unthinkable, except in short, unsustainable bursts. People in these obsessive states (think soon-to-be attorneys cramming for a state bar exam) often describe them as intense and even pleasurable, but recognize they could never be a way of life.

Perhaps the most relatable type of obsession is romantic. When people think back to their first major break-up—which is by far the cause of the most severe dysphoria I see—they often cringe. Teenagers are known for deep emotions, but are surely obsessive in matters of the heart. At times, the “only” way back to feeling good, accepted, valued, appears be come through acceptance by their former relationship partner. Longing for contact can produce outlandish behavior: driving by an ex’s house, for example. Or, prior to the era of cell phones, calling their house and hanging up. Consider Lloyd, played by John Cusack in the film Say Anything. Once his girlfriend, Diane, ends their relationship, he can think of nothing except her. Eventually, he raises a boom box over his head in an attempt to connect.

When I talk about my new book, Somewhere in the Dark, I usually describe the protagonist as “obsessed” with another character in the story. She grew up under in extreme neglect for a year of her childhood and became fixated on a singer whose album she listened to over and over again. Creating a source for her motivation forced me to consider differences between how accurately I was portraying her “obsession” and how differed from the ways my patients often describe obsessive tendencies in therapy.

One consideration when assessing obsession is the degree to which it is fueled by delusion. If a person is operating from a premise of false beliefs, their behavior may seem very reasonable to them even if it appears irrational to others. This may make life challenging in all sorts of ways. Long-term delusions usually indicate a person isn’t functioning well in many areas of life.

A character obsessed with elevating their own status essentially seeks a self-promotion to protect their ego. For example, they might think: “I’m not actually a lowly clerk in this department store, I’m really the daughter of royalty (or a soon-to-be discovered singer), it’s just that no one knows.” They might develop a fixation on, say, the royal family or a famous sports icon, and oscillate between functioning in reality and dream-like states in which their fantasy is indulged. In a way, they engineer a neurochemically perfect scenario: the dopamine-rich pursuit continues as long as the delusion is preserved. And in fact, since the goal can never be fulfilled—because they will actually never become part of the royal family—they protect their ego indefinitely.

A particularly well-constructed example can be found in Ottessa Moshfegh’s novel Eileen. The story’s main character becomes enamored with the new director of education at the jail where she works, Rebecca Saint John. Eileen fantasizes that her relationship with Rebecca will be a turning point in her life, and is initially emboldened by her encouragement. Rebecca represents something to Eileen—in this case, a better way of living—and she ruminates over their interactions. Eileen’s attempts to copy Rebecca’s mannerisms and way of dressing seem aspirational.

In an obsession driven by the desire for justice, a person might seek to right some wrong against them. The may seek opportunities to speak up against, or impact the reputation of a particular celebrity or politician whose policies hurt them somehow. This type of obsession is adaptive in that it rejects victimhood through correcting unfairness or exacting revenge. Think of young Bruce Wayne, fixated on bringing his parents’ murderer to justice. His obsession represents a desire to close a narrative loop and finish his story in a satisfying way.

Because feelings are transitory and complex—often, several arrive at once—people are usually poor predictors of which circumstances will bring about particular emotional states. It may seem that a given achievement or outcome would bring about certain emotions, but how quickly feelings fade sends us searching for our next goal. Simply put: wanting something is often more pleasurable than having it. Neuroscience backs this up: a dopamine rush in the brain comes in pursuit of a goal, not from attaining it.

Another way to think about obsession is to view it through the model of addiction: it fills an empty space, and creates feelings of euphoria that can be hard to give up. At the same time, it causes life to become imbalanced. An obsessed person often blocks out the advice of others and becomes over-focused, neglecting other important aspects of their life.

One strategy for people struggling with obsession is to find socially acceptable outlets for their drive. When directed into an adaptive space, others look at those who are “driven” or “won’t settle” with admiration. Same quality, different focus. Perseverance is valued in reaching challenging goals, such as achieving tenure, or, for example, marketing a novel.

In fiction, obsession tends to provide motivation. An event causes a character to relentlessly pursue the completion of a narrative arc. The pursuit takes the form of a story. For example, a character may want to exact revenge or solve an elusive mystery. Clinically, obsession is an impediment to living—it is something patients function despite, not because of. Clinical obsession either exists for a short time in someone’s life or aims to reduce their anxiety. What would a therapist would say to character compelled to follow their pursuit, no matter the cost? Imagine Captain Ahab dropping his obsession to pick up a reasonable hobby. Healthy, perhaps, but uncompelling. Obsession may be frightening and maladaptive, but it sure creates memorable characters. 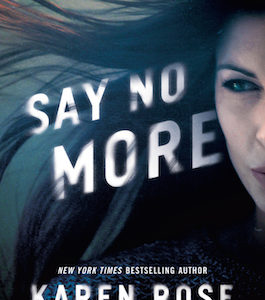 Rhoda stumbled to Mercy’s side, dropping to her knees beside her daughter. “Mercy? Say something. Please.” But Mercy...
© LitHub
Back to top