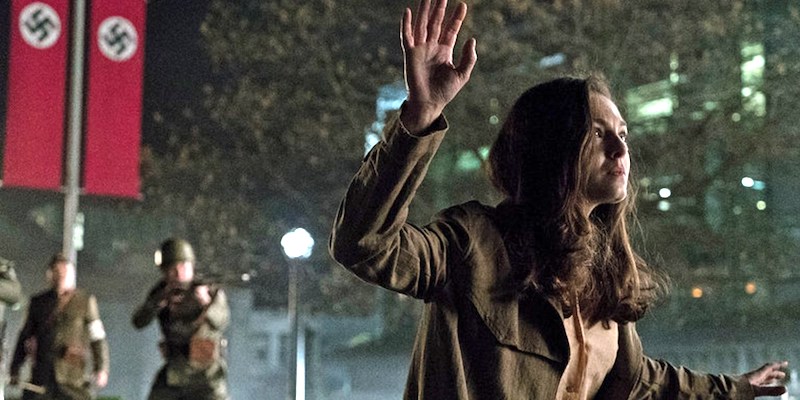 "What’s the name for a dystopia that is no longer imaginary?"

It was certainly ironic, when I was writing the last chapters of Widowland, a dystopia set in 1953, to find a real-life dystopia engulfing the world. Yet Covid and lockdown and all that followed are perfect examples of how everyday life can be transformed in the blink of an eye. And indeed, how ordinary people can adapt to changes that they previously would have found insupportable.

I’ve always been fascinated by dystopias and alternative histories. I’m tantalised by how a mere reshuffling of historical cards—a small, imaginative twitch on the tiller—can have catastrophic results. In Widowland Britain and Germany have not gone to war but instead formed an Alliance that has devastating consequences for women. Thirteen years on, as the nation is preparing for a coronation, one character reflects on the shockingly random nature of historical events. ‘History takes such shaky steps. So little determines that it goes one way, or the other. Just imagine, if things had gone differently, it might be a different monarch being crowned next week. We could have a Queen Elizabeth instead of a Queen Wallis.’

Dystopias are warnings, and for that reason they are often written in the calm before the storm. They tend to focus on changes of which society—and sometimes even the author themself—are not yet fully conscious. The famous Russian novel We by Yevgeny Zamyatin, follows spacecraft engineer D-503 in a futuristic nation called One State, where uniformity is prized and people live in glass apartments so they can be constantly observed. Yet his novel, which boldly foreshadows the inhumanity of Communism, was written in 1920, just a few years after the Russian revolution. Aldous Huxley’s Brave New World, with its test tube babies and five human castes, appeared in 1932, when the dehumanizing mechanisation and atomisation of modern life was only gathering pace. Orwell’s 1984, written in 1948, is the supreme example of a dystopia whose uncanny predictions of totalitarian society, including Thoughtcrime, Big Brother, and Room 101, are still huge cultural reference points seven decades later.

Often, alternative histories focus on a hinge event that dramatically flips the course of events. In Philip Roth’s The Plot Against America that event comes when the anti-Semitic Charles A. Lindbergh defeats Roosevelt to become US president, with perilous consequences for Jews. In Malorie Blackman’s Noughts and Crosses it is the fact that Africans have made Europeans their slaves.

Yet once a dystopian society is established, the mood music is familiar.  Fragility, insecurity and distrust. It was this ethos I wanted to research when I visited the Stasi museum in Berlin. After the fall of the Berlin wall, when the secret Stasi files were opened, they revealed that one in every seven East Germans had been either an official or unofficial police informer. In many cases, informers had reported on their own family members; parents and children, husbands and wives. In a dystopia, surveillance encompasses every aspect of life.

From the bloodthirsty state of Panem in Suzanne Collins’s The Hunger Games, to the grim London of Anthony Burgess’s A Clockwork Orange, the landscapes of the most famous dystopias are vivid and memorable. Yet their power lies in the way that people adapt to these imagined worlds. Which compromises will ordinary people accept? How far they will they be willing to conspire in undermining human individuality?

Sometimes dystopias seize on a single social concern and tweak it to an extreme conclusion. P.D James’s Children of Men, for example, published in 1992, transformed contemporary concerns about human fertility into a world where babies are no longer born. When she wrote it, Margaret Atwood’s 1985 epic, The Handmaid’s Tale, about an oppressive patriarchal American state called Gilead, reflected alarm at the rise of the Moral Majority and the increasing power of the Christian right.

Ray Bradbury’s Fahrenheit 451, set in a society where books are outlawed and burned, exploited a growing anxiety about dumbed down popular culture and over reliance on technology in 1950s America. For me, it is the censorship and adulteration of fiction that rings alarm bells. On the day I’m writing this, Times of London reports that UK universities are now banning, or issuing warnings, about writing from Chaucer, Shakespeare, Jane Austen and Charlotte Bronte to Agatha Christie and Colson Whitehead.

What’s the name for a dystopia that is no longer imaginary?

Here are some of the novels that inspired the dystopian atmosphere of Widowland. 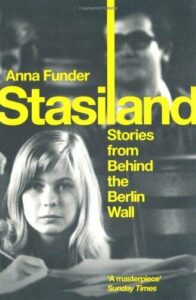 The Communist dictatorship of East Berlin, under the Stasi, is a textbook example of paranoia, surveillance, and lack of freedom. The police state is at once banal and comprehensive. Every school, factory, apartment block and pub contained an informer. Funder describes how people got used to communicating obliquely, learnt what not to discuss, and how to spot shadows. Living as we do in an increasingly surveillant society, not everything about East Germany is history. 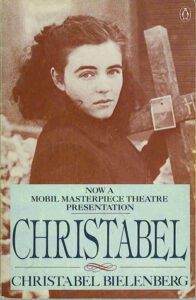 The Past Is Myself, Christabel Bielenberg

This memoir, by an Englishwoman married to a German lawyer, is an invaluable eyewitness view of the rise of Hitler. Having written six novels set in Nazi Germany (as Jane Thynne) my bookshelves groan with volumes about life in the Third Reich, but Christabel Bielenberg’s account of the gradual growth of Nazism, and the way the populace accomodated it, is unforgettable. When her husband was arrested, Christabel’s performance in front of the Gestapo saved his life. Her close friend Adam Von Trott, another resistor who was ultimately executed, told her it was vital to understand ‘What made a man a Nazi, what makes men sit tight and do nothing’. 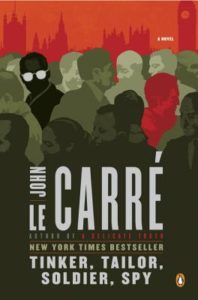 Le Carré’s dingy, post-Imperial Britain is his greatest creation. He perfectly captures the atmosphere of dashed expectations and second rate-ness in a country which had been trained to rule the world.  His world is one of closed societies and inner sanctums and his dialogue perfectly captures class and attitude—‘scalphunters’, ‘moles’ and ‘babysitters’ were all his inventions. In every way, he is a writer perfectly matched to his subject; the deep machinery of his labyrinthine plots mirrors precisely the deep machinations of his spies. 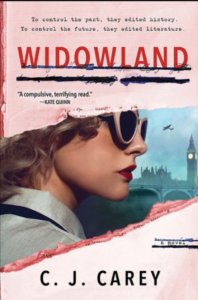 C. J. CAREY is a novelist, journalist and broadcaster. She has worked at the Sunday Times, the Daily Telegraph and the BBC, among others. She also writes novels under the name Jane Thynne and lives in London. Widowland is the first novel she has written as C. J. Carey. 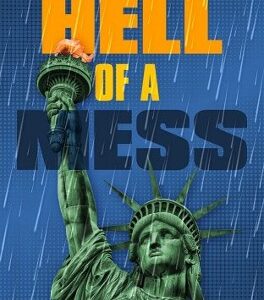 It was the worst possible timing—or maybe the best. A major hurricane churning its way up the East Coast, unleashing chaos:...
© LitHub
Back to top