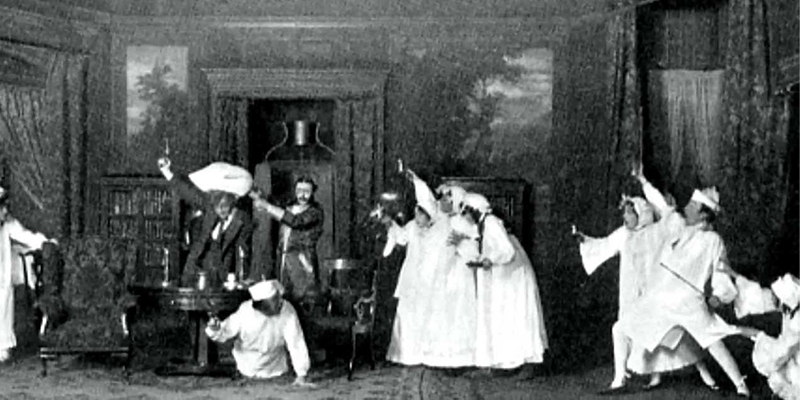 What Happened to the Actors Who Were Performing the Night Lincoln Was Shot?

For the actors performing at Ford's Theatre that night, the assassination was an act that would haunt them for decades.

At the National Museum of American History, there is a small piece white fabric, roughly the shape of a trapezoid. It has three pearl buttons, decorative stitching along the edge, and a small faded brown spot.

The spot is the blood of Abraham Lincoln. The piece of cloth a dress cuff worn by actress Laura Keene who was performing Our American Cousin the night he was assassinated. Written by British playwright Tom Taylor, the play was a satirical look at oafish, jingoistic Americans abroad. The play’s broad humor suited the President’s taste and he was an admirer of Keene. When the shot was fired, Keene, still in costume, shouted to panicked theater goers, “For God’s sake, have presence of mind and keep your places, and all will be well.” Then she made her way to the President’s box. Later, she would write in her memoir she thought Lincoln had only fallen. But then she saw, “under his great head, seeping slowly across the floor in a crimson pool, came his life’s blood.”

She asked if she might cradle the president’s head in her lap. When Lincoln was taken across the street to the Petersen House where he would die eleven hours later, she found her dress was covered in blood. The dress itself would become a famous relic of the Good Friday martyrdom, the cuff and five scraps of its floral print fabric exhibited across the country.

An early opponent of Ronald Reagan’s once joked that Lincoln was shot by an actor, a jibe that both highlighted and dismissed the threat thespians pose to a public servant. The fate of that actor, John Wilkes Booth and his co-conspirators has been well documented in books, film, even the musical Assassins. The fate of the actors on the stage whole tragedy unfolded in the balcony is less well known. Many of them knew the Booth family. Many came under suspicion. And not all of them were innocent.

Laura Keene was born in England as Mary Frances Moss. Her first husband, with whom she ran a pub, was sent to an Australian penal colony, leaving her with two daughters. Taking to the stage to earn her living, she rechristened herself Laura Keene and came to America, where she became the country’s first female manager producer. Known as the “Duchess” for her strict rule, Keene was so successful that Edwin Booth invited her to tour Australia with him. Sadly, the tour—and their affair—were not successful. On returning to the States, Keene settled with John Lutz. Lutz was married, but he was wealthy and generous enough that Keene was able to lease the Metropolitan Theatre in New York, which she renamed Laura Keene’s Varieties Theatre. The highlight of the repertory: Our American Cousin.

On the 14th of April, the day before the assassination, Booth watched the company’s rehearsals of Our American Cousin. No one thought his presence strange; he was often at the theater to collect his mail. Keene knew both Booth brothers and any actor present on that night was a suspect. On April 17th, Keene and some members of her company were arrested at the train station in Harrisburg and questioned by the military. Officially, they were on their way to Ohio. (It was also rumored they were headed to Canada to escape arrest.) It took two days for Lutz to pull enough strings to get Keene released by order of the Secretary of War. She cancelled future performances of Our American Cousin, replacing it with She Stoops to Conquer. (Edwin Booth was not so sensitive. Seven months after the assassination, he staged the play himself, to Keene’s outrage.)

Keene sent the famous blood-stained dress back to its designer, probably not guessing that it would tour even longer she would. She died in 1873 of a massive hemorrhage while onstage, performing to the last.

Keene was not the only member of the cast to be caught in the mayhem of the assassination. At the precise moment of the shooting, Harry Hawk, playing Asa Trenchard, was alone onstage. Described as a “most affable and pleasant social gentleman,” Hawk had just delivered the play’s big laugh line “Well, I guess I know enough to turn you inside out, old gal; you sockdologizing old man-trap!” Booth had counted on the raucous audience response to cover the sound of the shot, giving him time to leap down to stage level.

After the shot, Hawk saw Booth running toward him with a dagger in hand. Making the understandable assumption he was next, Hawk turned and ran up a flight of stairs. Once Booth had escaped, his fellow cast members asked if he recognized the assassin. Hawk said rather coyly that he had, it was an actor, but he preferred not to give the man’s name, as “there’ll be a terrible uproar and I want to keep out of any trouble.” To which another actor H.P. Phillips said, “Don’t be a fool. This man has shot the president and you will be hanged if you hesitate to give his name.”

Hawk was detained on a $1000 bond as a witness. In that capacity, he was taken to Peterson house and asked to identify the president as the man shot by Booth. Hawk did so. But with many people convinced that other actors must have aided Booth in the murder, Hawk left for Philadelphia the very next day. The doctor who had secured his bond cancelled it and he was arrested and detained for two days. He was released, but then arrested again in Harrisburg, presumably with Keene. Thereafter, Hawk found it prudent to work an assumed name.

In addition to Keene and Hawk, there were 44 other actors, managers and stagehands working at Ford’s Theatre. Some were unionists, others secessionists. But only one member of the crew was officially charged with being part of the conspiracy. Edmund “Ned” Spangler was a stagehand who had been given the task of preparing the presidential box that night, despite being a secessionist who opposed the abolition of slavery. He had worked for the Booth family in the 1850s and often did chores for John Wilkes Booth when the actor appeared at Ford’s. He had been seen drinking with Booth that very night. At the trial, another Ford’s Theatre employee testified that he had seen the assassin as he ran past, and shouted, “That’s John Booth!” To which Spangler said, “Hush your mouth! You don’t know if it’s Booth or not!” Spangler was dull witted and some of the statements attributed to him smacked of fiction. He was found not guilty of the more serious conspiracy charges, but was sentenced to six years hard labor for helping Booth escape.

Spangler only served a year and a half of his sentence before being pardoned. Dr. Samuel Mudd who had also been convicted of aiding Booth, allowed Spangler to live on five acres of land near his Maryland home. He died in 1875.

Many of the actors and crew waited until Edwin Booth’s death in 1893 to capitalize on their stories. Some of the tales were embellished. Conductor Billy Whithers claimed Tad Lincoln at the theater that night, that he himself had wrestled with Spangler, and Booth had attacked him with a Bowie knife. Hawk’s version of events remained consistent—and wistful about his role in the tragic event. “That night the play was going off so well. Mr. and Mrs. Lincoln enjoyed it so much. She was laughing at my speech when the shot was fired.” 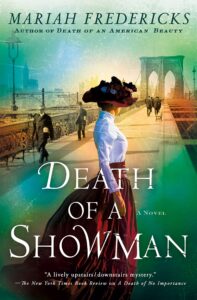 For a more in-depth look, read Backstage at the Lincoln Assassination: The Untold Story of the Actors and Stagehands at Ford’s Theatre by Thomas A. Bogar. 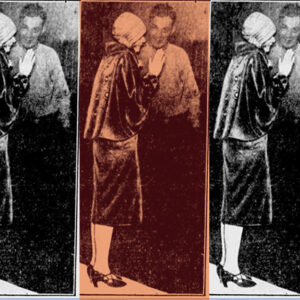 Each member of the gang had a job. Margaret Whittemore, soon to be known all over America as “Tiger Girl,” knew exactly...
© LitHub
Back to top