Why do we have such a good time watching the spectacle of on-screen violence?

We like to think we’re decent people, the way you try to be, but there we were, counting our fingers to recall how many characters had been murdered in the first season of Ozark.

I am talking about entertainment, some fun at the end of the day—and Ozark was a hit show. So do we absorb these spectacular killings to have a good time? Take away murder, would the show register? Does its fun allay the tread of death on our stairs? “Well, there was Bruce,” Lucy began, “wasn’t that his name?

“They were both dissolved in acid, weren’t they? Imagine that.” She shuddered.

I think we were happy.

“And Wendy’s lover,” I said—it was a contest now. “I don’t recall his name. But I can hear the thump as his body landed on the sidewalk.”

“Oh yes!” she said—eager in her gentleness. “Tossed off the building! What floor was it? The twentieth?”

“It may have been higher—it was in Chicago.” He would have been alive coming down. 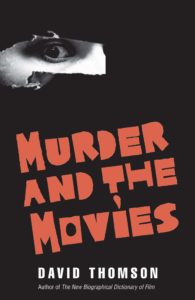 We were hurrying by then, in a quiz game. Of course, Dell was offed, as well as Dell’s bodyguard, both taken out so swiftly. But with a rush of clarity or release, if only because Dell had seemed to be in charge of the game, immaculate, suave and sinister. But if Dell went, wasn’t anyone vulnerable?

There was Bobby Dean, the nasty boss at The Lickety Splitz strip bar. And Mason’s wife—that was regrettable because she must have been killed soon after having her baby. Then there was Garcia, the man from the cartel who delivered the money in a van—absurd quantities of cash so that Marty and Wendy had to stay up all night packing it in the walls of their home. No one ever said Ozark was credible, except for every hour at a time.

“And the brothers,” she said. “Russ and what’s his name, electrocuted, burning in the dark. I couldn’t watch that.”

“Right,” I said, “the blood seemed to boil out of them. I wonder, is that what happens in electrocution?”

“They’d know, wouldn’t they, the writers? It was probably researched.” We pondered the iniquity of it, and our status as connoisseurs.

She began again. “And I think there was someone called Louis. I remember the name, but I don’t know who he was or how he was killed.”

“Poor Louis,” I said, hoping to be ironic. “That’s eleven.” I had been keeping notes. And this was just the first season.

Amazing, we agreed, while understanding that perhaps the most remarkable thing was how we—decent people trying to do better—had been so attached to this Jacobean slaughter in Missouri. Ten nights in a row, we watched two episodes back to back, rationing ourselves with its first two seasons, waiting for the third. And if we sometimes felt we had to look away, still we watched. If we couldn’t follow the tortuous story, we held on in delicious desperation. Because we didn’t want it to end. We’d have taken a few more murders, I think; we know that’s what the show does.

You see, Ozark is very good.

In saying that, I’m thinking of what is called the concept (created by Bill Dubuque and Mark Williams): of how Marty Byrde (Jason Bateman), a financial adviser in Chicago, gets in such trouble with the cartel that he has to retreat to Ozark country in Missouri, with his wife Wendy and their two children, Charlotte and Jonah, and get into the frenzied business of laundering immense sums of cartel cash. It’s a story of a family trying to stay a family, swept away on the flood of money and drawn to the point of murder, watching it, beholding it, and doing it. And of how the endlessly resourceful Marty becomes stunned by the compromises and the confusion of his terrible life, until his attempt at kindness withers, but sweet-smiling Wendy (Laura Linney) emerges as the polite monster who may drag the family to safety. Not that safety is a sure prospect in this Ozark country. But the peril is so well shaped and written, that’s what the critic can say. And it is acted with that brimming American fluency that prefers acting to being—isn’t that our last way of getting through, of staying “in character” or coherent when one’s life is a shambles, and so unwritten? Think of the women in the show, so piercing and scary: look at Ruth (Julia Garner), the Ozark rat, with a clenched face and squeezed voice. She’s uneducated, just feral, but feeling an alien urge to be respectable, and unable to utter the yearning that wants to be Mrs. Marty Byrde. Meanwhile the real occupier of that role, Wendy, accepts her ruined freedom and self-expression in becoming duplicitous and lethal. You guess she’ll run for office in a future season; she is ready. I wonder about a hushed confrontation between that Wendy and Helen ( Janet McTeer), the cartel lawyer, so refined, so groomed, so tall and implacable. One day perhaps the two of them may have a big scene together—but all Ozarkians should be fearful of seeing and hearing it.

We have twin sofas to watch from, Lucy and I; the binge is mutual; neither of us would think of watching without the other. Marty and Wendy keep saying they must tell each other everything; but then they turn secretive or isolated. And Lucy and I try to be decent, with about 0.01 percent of the money Marty has to launder. But one of the wicked lessons in Ozark is that laundering, discounting, lying to yourself and others comes with most money, no matter the amount. There is little protection or trust in the struggle to survive. The FBI man, Roy Petty, is the worst person in sight, but he loves his mother. Fatalism takes the place of humor, so Marty is a better parent to Ruth than to his own daughter.

Ozark is an open prison in which murder is not limited to people who get in your way. It is applied to vaguer things, like truth, law, society, and our future. Parts of Iceland are melting away; a similar dissolution is affecting the Statue of Liberty and the idea of a fair election. Meanwhile the Byrdes are reckoning to build a casino in Ozark, while urging their own kids to be honest and upright. The dark water of the lake can look calm in late light, but waterboarding is another current in the show.

Does that go too far? Well, the demon in Ozark lets us see how greed and calculation have smothered so many attributes or legends of our value. The option of murder, or removal—when you look away from the act and study your own press release—is becoming more reasonable or less exceptional. How else can the two of us list the murders, and wait for more? Why are so many shows now schedules of killing or breaking bad? Ozark (playing uninterrupted on Netflix) could be truer to itself with commercial breaks. The ads are a pulse that makes an engine in this modern Ozark. A red state can turn as ruby pretty as Dorothy’s slippers. Wasn’t she from Kansas?

Watching it together, making tea afterwards, still you can feel as alone as Marty or Ruth, staring into their close-ups with avid bewilderment. “Murder,” the subject, can be a way of quietly acknowledging that so much in the world feels dead now, or dying, and we don’t know whether to respond to that with grief. Or wrath. So must we settle for our oppressed solitude? Or do we think of some dark resort? Save the Union—or the archduke?

David Thomson is one of the great living authorities on movies, and is, most notably, the author of The New Biographical Dictionary of Film. He has written more than 20 books, including biographies of David O. Selznick and Orson Welles. His latest work, Murder at the Movies, is now available from Yale University Press. 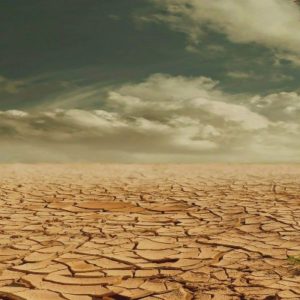 Heroes are supposed to be likeable, right? With personalities and qualities for the rest of us to aspire to or admire. Not so much...
© LitHub
Back to top