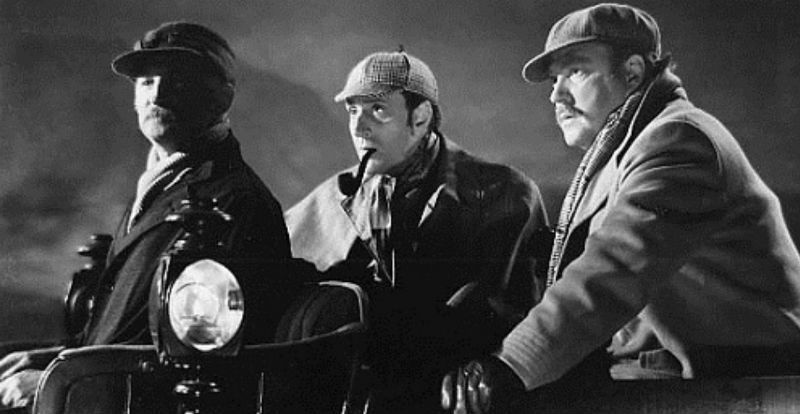 Detective fiction has a solution. That’s part of what’s satisfying about the genre. The writer creates a puzzle, and then, at the end of the book (or television episode), the secret is revealed. The pieces click into place, and you can step back to admire the craftsmanship. You read to arrive at that moment when Sherlock Holmes declares, “The case has now been so entirely cleared up that I am not aware that there is anything which has remained a secret to us.” The joy of the mystery novel is that it so thoroughly banishes mystery.

That’s also the joy to of Pierre Bayard’s virtuoso “detective criticism.”  Bayard has written a number of books of criticism in which he rejects the solution offered by famous detective novels, and instead makes the case that a different murderer was responsible for the deaths of Hamlet’s father, or of Agatha Christie’s Roger Ackroyd. “The aim of this method is to be more rigorous than even the detectives in literature and the writers who create them, and thus to work out solutions that are more satisfying to the soul,” Bayard explains in his most famous work of detective criticism: Sherlock Holmes Was Wrong: Re-opening the Case of the Hound of the Baskervilles (2008).

Like detective writing, detective criticism revels in its own puzzle-box mechanisms; it reveals secrets hidden even from the (supposedly) all-seeing author. It clears up textual inconsistencies and makes new clues and new solutions appear through the illuminating light of reason.

But detective criticism also introduces doubt. If Conan Doyle does not know what is happening in his own book, then who does? Bayard says that the goal of detective criticism is to work out “more satisfying” solutions. But when you start to multiply solutions, the result is less satisfaction and more disquiet. Rather than clarifying, Bayard’s criticism plunges the reader further into the mist and morass of the moor. The Hound of the Baskervilles is no longer a tale of triumphant ratiocination. Instead it becomes a story about all “that we were never destined to know,” as Watson muses while looking out upon “the huge morass” of Grimpen Mire.

All fans of detective fiction are familiar with the plot of Hound of the Baskervilles. Holmes and Watson are called in to investigate the death of Sir Charles Baskerville, a wealthy squire who has died of a heart attack on the moor. The heart attack, Holmes determines, was brought about by the sudden appearance of a large hound, similar to that in a story about a Baskerville family curse.

Holmes rejects supernatural explanations, however, and believes the hound was deliberately released to frighten Baskerville to death. Investigations by Holmes and Watson lead the duo to naturalist Jack Stapleton, a neighbor of Charles’s. Stapleton, they discover, is actually a Baskerville relative in line to inherit the fortune. Stapleton plots against the life of Henry, the new squire of Baskerville, and the last person between him and his fortune. But when Stapleton sets his giant dog upon Henry, Holmes and Watson are ready. They kill the dog, and Stapleton flees into the mire, where he is presumed to meet his death.

Or so Conan Doyle would have us believe. But Bayard is skeptical. He points out that a good deal of the evidence in the case is weak or contradictory. For example, the giant hound that scares Charles to death is supposed to be aggressive, but it leaves no marks upon his body. Even more tellingly, Stapleton’s actions don’t make sense. At the opening of the novel we are to believe that he daringly taunts Sherlock Holmes, actually impersonating the detective when he knows that Holmes will hear about the impertinence. What motive could Stapleton have to interest the detective in the case? He imperils himself for no reason.

More, if Stapleton’s motive is money, he will eventually have to reveal himself as a Baskerville.  As Watson says, “How could he explain the fact that he, the heir, had been living unannounced under another name so close to the property? Holmes himself admits that this is a flaw in his explanation of the case. “It is a formidable difficulty, and I fear that you ask too much when you expect me to solve it,” he says peevishly. Then he suggests that maybe Stapleton would have worn a disguise while collecting the money. But what disguise would work? An unknown heir suddenly appears out of nowhere after the violent deaths of two Baskervilles? It’s not as improbable as a mystic hound, perhaps, but, as Bayard points out, it still strains credulity.

Instead, Bayard argues that the real killer isn’t Stapleton at all. In fact, Stapleton is the victim—whose only crime was keeping a large, unaggressive dog in secret because he thought it was amusing to frighten his neighbors. The real murderer Bayard says (spoiler!) is Stapleton’s wife, Beryl.

Stapleton took a mistress, and Beryl has grown to loathe him. Stapleton’s dog did not murder Charles in Bayard’s account, but it did accidentally frighten him to death. Stapleton conceals the accident to protect himself and his beloved dog, and Beryl seizes her chance. She goes to London, and taunts Sherlock Holmes by impersonating him, in order to get him to take on the case.

Holmes and Watson then convince themselves that Charles was murdered. They work his heir Henry into a pitch where he believes he is under murder threat too. Beryl then arranges for Stapleton’s (harmless) dog to be released when Henry is around. While Holmes kills the innocent dog, Beryl tells Stapleton that his hound has run off into the mire. Crazed with worry, Stapleton attempts to pursue the beast. Beryl has removed the guideposts Stapleton uses to navigate the swamp, though, and he dies. Holmes is completely bamboozled; he thinks he has foiled a murder, rather than aiding in perpetrating one.

Bayard is ingenious in finding the holes in Conan Doyle’s plot. But, inevitably, by encouraging you to doubt Doyle’s telling, he also makes you scrutinize his own conclusions with some skepticism. For example, Stapleton and Beryl pretend through the novel that they are brother and sister, rather than man and wife. Holmes explains this as part of Stapleton’s plot to conceal his identity. The growing love interest between Henry and Beryl also allows Stapleton to keep tabs on Henry’s comings and goings so he can set the hound on him.

But if the culprit is Beryl, then the deception makes no sense. Bayard half-heartedly suggests that Beryl refused to be seen publicly as Stapleton’s wife because she hated him. But surely a divorce, or at least a separation, would have been the natural step if she had reached a stage where she was willing to express such open contempt to his face.

In short, Bayard’s explanation, like Holmes’, is unconvincing. Indeed, Bayard all but admits that his own story is a fiction. Beryl fools Holmes, Bayard says, by presenting him with a story—a daring murderer intent on using a hound as a weapon to destroy the Baskervilles. Holmes gets the details of Stapleton’s “plot” from Beryl at the end of the novel; she is effectively the final voice of the book. But, Bayard says, “The official version of the facts she relates to Holmes at the conclusion is only the shadow of the more secret narrative she has woven throughout the book, ensnaring the reader and all the characters.”

Beryl, in Bayard’s words, is a writer herself, putting forth a counter-narrative which rearranges the story to her own liking. “In her desire to captivate the detective, she begins to drag the story toward melodrama and never relents.” Bayard believes he is referring here to the melodramatic elements of Conan Doyle’s narrative—the moor, the daring murders, the fantastic gothic hound, its mouth daubed with glowing phosphorous. But he could just as easily be referring to the melodrama of his own narrative—the story of the diabolical revenge of a woman scorned.

Putting one over on Holmes means that Holmes is incompetent. The justice we thought was so clear-sighted and hawk-eyed is wandering around in the fog with the rest of us.

In Bayard’s telling, Beryl does not merely dupe Sherlock Holmes. She rewrites Sherlock Holmes, turning him (and Conan Doyle?) from the insightful detective into the noir dupe. Beryl is in fact doing precisely what Bayard is doing. She is making a new story, a work of fan fiction if you will. Holmes has been stolen out from under Conan Doyle; the detective is in someone else’s narrative. Though whose narrative (Bayard’s? Beryl’s? Yours?) remains something of a mystery.

Whoever’s rewriting the story is, it’s exhilarating. Who has not wished to put one over on Sherlock Holmes? When you finish Sherlock Holmes Was Wrong you are smarter than the great detective himself. He may condescend to Watson, but you are now able to condescend to him.

Bayard’s book is also unsettling, though. The Hound of the Baskervilles, for all its gothic trappings, ends with justice done; the murderer is found out and punished. But Beryl is never caught; she has, indeed, eluded detection for more than a century. Putting one over on Holmes means that Holmes is incompetent. The justice we thought was so clear-sighted and hawk-eyed is wandering around in the fog with the rest of us.

Bayard’s detective criticism makes the critic the detective; it empowers readers to rewrite stories for themselves. But if the story can be rewritten, if you can provide your own culprit and your own crime, then there is no solution. More, if you’re providing the culprit and the crime, then it’s hard to tell whether you’re the author, the detective, or the murderer. In Bayard’s book, you get to be Holmes. But the Holmes you get to be is a detective who misses the perpetrator so thoroughly he doesn’t know that he’s failed. Bayard urges you to mark your own path through Grimpen Mire. It’s a trap, of course, but then Bayard knows detectives, hounds, and readers alike are never on solid ground.

Noah Berlatsky edits the online comics-and-culture website The Hooded Utilitarian and is the author of the book Wonder Woman: Bondage and Feminism in the Marston/Peter Comics, 1941-48. 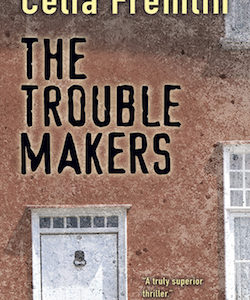 Sometimes Katharine felt the evening rush hour to be an almost tranquil thing. These long, devitalised queues provided a massed...
© LitHub
Back to top