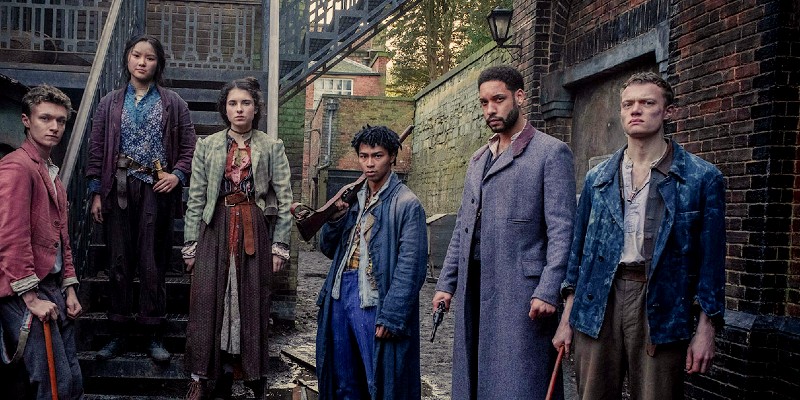 A first look at the new Netflix series that turns the world of Sherlock Holmes on its head. (Yes, Holmes and Watson are villains.)

The Baker Street Irregulars, Sherlock Holmes’s organization of motley street urchins, are going to get their own Netflix series. It’s a dark show, full of supernatural mysteries, but the paranormal activity is not the only modification to the Sherlockian world you know and love. The program, titled The Irregulars, posits that the group is manipulated into solving dangerous supernatural crimes by Dr. Watson (who is evil)—feats for which his sketchy business partner Sherlock Holmes gets all the renown. The series, which consists of eight episodes, is due to make its streaming debut on March 26th.

In an interview with the BBC, writer Tom Bidwell sums up the series as a new interrogation of Holmes’s legacy, concentrating on the construction of his mythos: “Sherlock Holmes had a group of street kids he’d use to help him gather clues so our series is what if Sherlock was a drug addict and a delinquent and the kids solve the whole case whilst he takes credit.”

The Baker Street Irregulars, who are for the most part children, made their first appearance in the inaugural Holmes novella A Study in Scarlet. They are led by a boy named Wiggins, and they perform intelligence work around London.

“It’s the Baker Street division of the detective police force,” explains Holmes to a startled Watson, when half a dozen dirty children burst into their apartment one day, in A Study in Scarlet. Holmes elaborates: “There’s more work to be got out of one of those little beggars than out of a dozen of the force. The mere sight of an official-looking person seals men’s lips. These youngsters, however, go everywhere and hear everything. They are as sharp as needles, too; all they want is organisation.” For their work, Holmes pays them each one shilling per day, plus expenses.

Holmes calls them “the Baker Street Irregulars” for the first time in the following novella, The Sign of the Four, which takes place seven years after A Study in Scarlet. The kids (now teenagers) make a few appearances throughout the Holmes stories, and have been featured in several adaptations, most recently as Holmes’s “Homeless Network” in the BBC Sherlock series starring Benedict Cumberbatch.

In the new series, the leader of the Irregulars is not Wiggins, but a preteen girl named Bea (Thaddea Graham), who looks out for her younger sister Jessie (Darci Shaw). They are accompanied by three other children named Billy (Jojo Macari), Spike (McKell David), and Leopold (Harrison Osterfield).

The cast stars Henry Lloyd-Hughes as the shady Holmes, and Royce Pierreson as the “sinister” Dr. Watson.

Take a look at the official teaser here: 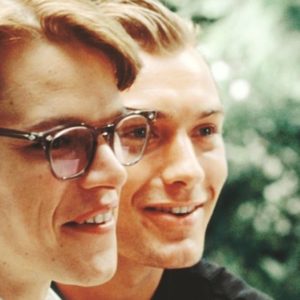 When I created DS Adam Tyler for Firewatching, I did so partly because I wanted to create a fictional detective who was gay....
© LitHub
Back to top