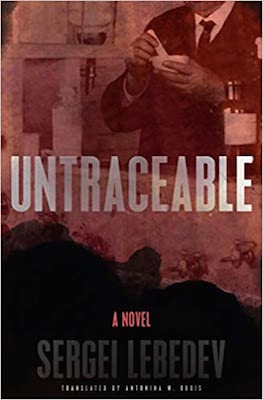 The following is an exclusive excerpt from Untraceable, by Sergei Lebedev and translated by Antonina W. Bouis. Professor Kalitin is a diabolical chemist, determined to create the most deadly and undetectable poison known to man. Increasingly guilt-ridden, he defects to Western Europe after the collapse of the USSR. But when someone is found murdered using his concoction, he is drawn into the investigation.

He walked, feeling his body fill with blessed tiredness. Vyrin knew every root, every hole on this path, and he looked forward to seeing the pasture on the left, fenced by rowan trees—the berries would be ripe in color by now—and then he would encounter the sweet, gentle chimney smoke from the farm. The walk both tired and invigorated him; his recent fears seemed silly. I guess I really am old, he thought. I’ve become neurotically fearful.

He  could see the cathedral from the last turn. It stood on a stone outcropping that divided the top of the valley. The yellow façade, framed by two bell towers, continued upward from the vertical plane of the cliff. This church was much larger than the cathedral in town. It had been built here, in the mountains, by the pass, on an ancient pilgrimage path, its majestic vaults signifying the depth and significance of someone’s epiphany, an acquisition of faith that took place in the silent solitude of the outcropping.

Beyond the cathedral’s back wall, in the shade of chestnut trees, lay a small outdoor restaurant with good food. The regular waiters recognized him—or pretended to. They did not try to chat but smiled respectfully. Here he fully felt he was Mr. Mihalski; he took that pleasant and exciting sense of connection, the merging of true and invented identities, as a special gift which he brought back home in the trolley that traveled along the bottom of the valley.

Today the courtyard was full: a summer weekend. There was only one free table, at the edge behind a wide-branching tree. Next to the sandbox and swings. That meant frenzied children would run around, making noise. Vyrin preferred sitting among people dining sedately, behind strangers, in the buzz of calm conversation, the clinking of knives and forks, where it is hard to eavesdrop, photograph, or take aim.

Vyrin looked at the diners: Was anyone about to leave? No, they were all relaxed, in a merry lazy mood. The brunette at the nearby table had a provocative drop of crème brûlée on her upper lip. She didn’t wipe it away or lick it off, knowing how seductive and sexy it looked. She wore a dark metal necklace resembling a dog collar—a sign of exotic passions, kinky torment insolently displayed in a restaurant by a church.

The brunette’s sister, in her eighth month at least—her swollen belly had pulled her dress up to reveal strong, plump legs— was eating chocolate cake and schnitzel simultaneously with great appetite, as if the infant were overripe, born but remaining in the womb, and demanding his share of the feast.

Vyrin wanted to leave. He was dizzy with fatigue, the heavy scents, the density of human voices—the village was small, every- one was related in some cousinhood, redolent of fetid incest that repulses outsiders like salty seawater.

But he felt the charm of the play of light in the chestnut leaves, the clay-blue tablecloths pressed so that there wasn’t a single wrinkle, the high-necked bottles of ice water, the harmless murmur of neighbors, the balletic moves of waiters balancing enormous trays of six to eight plates on their shoulders, where atop the delicately tossed salad looking as if arranged by a coiffeur, the leaves green with reddish veins, floated golden-breaded schnitzels, resembling torn blobs of copper blasted from a smelting furnace.

Yum, yum, yum the pregnant woman crooned to her unborn infant. The limestone angel with a blurred face blew silently into a golden trumpet over the back entrance to the church. He felt himself basking in the insouciant summer that enveloped the entire world.

Vyrin ordered beer and a steak. Wasps flew toward the fra- grant hops. They were not attracted by the remains of dessert on nearby plates, rivulets of honey and chocolate—only by hops. They crawled around the rim of the mug and tried to land on his shoulder, his hand, circling persistently and stubbornly. He waved them away, almost spilling his beer. He had a bad allergy to insect bites. Back when he was in the service, the doctors said it would get worse over the years and offered to give him a medical discharge. Wasps, wasps, wasps—he moved the mug away, flicked a wasp, and then another, from the table, regretting he had not brought a jacket.

A sting. On the nape of his bare neck. Sudden. As painful as an injection administered by an inexperienced nurse.

He slapped the bite, but the wasp was gone. He turned, intent on the pain, and noticed a man walking away and getting into a car. The license plates were not local.

His neck ached. The pain spread up and down, to his shoulder, cheek, temple. He felt something microscopic in the wound—probably the stinger.

His vision clouded. His breathing became shallow. His body was engulfed by dry heat. He got up with difficulty and headed for the toilet.

Rinse. He needed to rinse with cold water. Take a pill. But wash first. Such pressure in his throat! He might not be able to swallow the pill. His skin was burning.

He could barely stand. He leaned against the sink, clumsily splashed water on his face. The wasp sting was on the right side of his neck, and his right arm was stiff. He shoved the tablet into his throat. The mirror showed a gray, bloodless, but swollen face, as if something was trying to undo the plastic surgery and force his old look back on him.

The tablet should have worked by now. It was the latest medicine.

But it wasn’t working.

A rash broke out on the gray skin. His stomach cramped. He sank to the floor, staring at the tiles—and understood. That man had not been a customer at the restaurant. Locals didn’t park where he had stopped the car.

With a final effort, he rose and holding on to the walls made his way into the corridor. His constricted throat kept him from screaming, calling for help. On the porch, he bumped into a waiter carrying a tray of bottles and wineglasses. The waiter assumed he was dead drunk and moved aside. He fell from the porch, taking the waiter with him, hearing the crashing glass and hoping that everyone noticed and was looking. He hissed and gurgled into someone’s ear:

And he collapsed, still hearing the sounds of the world but no longer understanding what they meant.

The two generals had known each other a long time. They had served together under the red flag with hammer and sickle.

The lieutenant general had been chairman of the Party Committee then. And secretly, he was head of the numbered department, which was not indicated even in the  top-secret staff register. The major general had been his deputy, successor, rival. The Party Committee was long since disbanded. But the department remained. It survived all the reforms of their agency, all the changes in names and leaders, divisions and mergers. As ever, it had only a number and was not included on the organizational chart.

They were in the surveillance-free room and could talk without worry of being overheard. However, their language, laden with professional euphemisms, deceitful by nature, allowed the men to formulate sentences so that they could be interpreted as expressing either conviction or doubt.

They both knew that their conversation would most likely result in the execution of an order, unspoken, not registered in the system of secret case files, but which would still require sanction at the very top. Both generals wanted to avoid responsibility for a possible failure but to claim his share of benefits in case of success. Each knew what the other was thinking.

“According to the information of our neighbors, he died after four days in an induced coma. The organism almost coped with it, you might say. We can’t rule out that the dose was insufficient. Or its method of introduction was wrong. Perhaps he had time to take antidote pills. Or some other outside substance lowered the effectiveness of the preparation. Weather could have been a factor. Air pressure. It was in the mountains, high altitude. Before passing out, he had time to say he had been attacked. The waiter was a former policeman. Someone else might not have paid attention, thought it was just a drunken fantasy.”

“So did the neighbors want the incident to attract attention or not?”

“Naturally, they don’t give us details. They may want to put a good face on a bad game: that they had anticipated this becoming public from the start.”

“An interagency investigation team has been set up. International protocols have been put into action. They’re bringing in foreign chemistry experts. There are very few specialists of that quality. They called in four people. Three are known to us, they are on file. They are people with big names. But the fourth one does not appear in the files. There is no open information about him. At our request, competent agents have been questioned. No one has heard of such a scientist. We are continuing the search; we’ve put the overseas stations on it.”

“Looks as if he’s a know-nothing, unknown professor.” Both gave a restrained chuckle.

“The source says that this professor was not involved in police cases before. He might have been used by the military, but the source does not know about that. The source is not directly involved in the investigation. His future abilities are limited. He is only coordinating the cooperation of his country’s police.”

The generals fell silent. They could picture the bureaucratic strategy in an extreme event: controlled chaos, mountains of paperwork, coordination, documents that have to be shared with other agencies. Forced repeal of secrecy regulations. Temporary commissions. Outside specialists who would otherwise never be allowed through the door. Whether the neighbors’ action had gone according to plan or not, it gave them a wonderful opportunity, which the neighbors did not recognize.

“There is a high likelihood that this professor is Kalitin,” the deputy said at last.

“Yes, that probability exists. It fits his scientific profile. Exactly. And since suspicion naturally falls on our country, it’s very reasonable to bring him in. If, of course, he is still alive. And of sound mind.”

“He’s only seventy. I assume he takes good care of his health.

“We have an address?”

“The source reported it.”

“Will that compromise the source?”

“Moderately. Because of his past in the GDR he has not been promoted readily. And he’ll be retiring soon.”

“Understood. An order must be given to the station. Let them check it out. Send the very best.”

“If they determine it’s him, we can prepare the event. And start the coordination.”

“None of our operatives today have worked with Neophyte.” “I am aware of that.”

“But there is one candidate—Shershnev. He did an operation with one of Kalitin’s early versions. He doesn’t have any experience abroad, however. But he was born and grew up there. His father was in our army. He knows the language well. Here’s his file.”

“I’ll take a look. Send all the necessary orders immediately.”

The deputy left the room. The general opened the file. 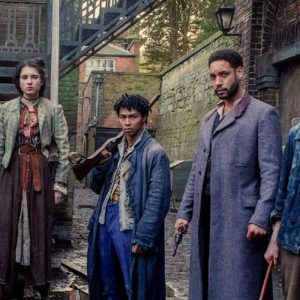