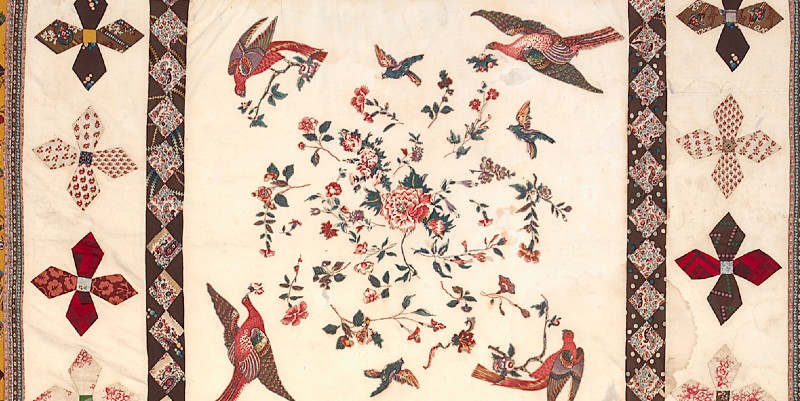 Over 40 years, Hope Adams has written for children, young adults, and more. She's bringing some lessons to her first mystery novel.

I haven’t always been Hope Adams. My real name is Adèle Geras and for more than 40 years I wrote a great many books under that name. I began as a children’s writer and also published many books for young adults. Then I wrote six novels for adults which were about families, love, relationships, secrets, lies: the common currency of what is sometimes called ‘women’s fiction.’ 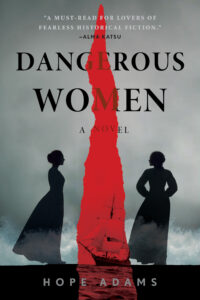 When I saw the Rajah Quilt displayed in the Victoria & Albert Museum, I knew I wanted to write a novel about it, but didn’t realize at first that it would be a murder mystery. All I knew was, I wanted to use another name because this story was something of a departure for me; something quite different from what I’d written before.

As I started to think about it and plan it, I saw that what the writing manuals tell you (books you’ve written are no help at all in writing the book you’ve just started on) is only partly true. By the time I handed in my first draft, I could see that the techniques I’d been using to write for children and young adults in particular were proving useful in the writing of Dangerous Women.

The first thing children need is an exciting beginning to a story that hooks them in at once. It’s very easy to close a book, turn on the television, investigate YouTube or simply wander away. Once a child has decided that a book isn’t very interesting, it’s hard to grab their attention later on. You can’t say to a child: oh, just wait to see the wonderful character development, the lyrical writing, the intricate plot…they’ve gone and you’re unlikely to grab them again. I decided, therefore, to start my book with a very dramatic event. Someone is attacked, viciously and violently. I hoped very much that like any small child, the reader would want to know: who was the attacker? Why did they do that? Who was the person attacked? And above all, WHY? Why are these people in this situation? Once you have readers ensnared in this way, it’s natural for them to go on turning the pages. They are anxious to work things out and you’ve set them on the path to finding out what happens in the rest of the book. If you’re doing your job effectively, they’ll follow you anywhere.

In order to enchant young readers (or really, any readers), what you mainly need are characters they can identify with, or be terrified of, or fall in love with. Preferably you should give the reader a choice of main character so that they can pick whose story interests them most. That’s the reason I’ve often told a story through the points of view of three main protagonists. I did this in Dangerous Women too, and this is more important in a mystery than in other kinds of narratives. You can move the focus away from someone when you need to hide what they’re doing. You can use misdirection in various ways by having a character saying one thing (from their own point of view) and doing something entirely different (from another point of view.)

I should say a word here about emotions and strong feelings. Children have less life experience. They won’t know what a sub-prime mortgage is, but from very early on in their lives, they will know how fury feels, what jealousy is, what it means to be lonely, or frightened or hungry. And they know what love is. All the grown-up emotions are within their sphere of knowledge and they can take any amount of strong emotion if the language is clear and the people involved in the action well -drawn and recognisable. It’s the hope of every writer to create characters who leap off the page and remain in their readers’ heads.

Another thing young readers dislike is a barrier between themselves and the story. Adults also, for the most part, don’t enjoy reading something that demands a lot of effort. The story should be easily read and understood without ever becoming mindless and silly. The text should be a mixture of conversation and description; of fast-moving action alternating with quieter passages. This doesn’t mean that the writer can’t stretch the imagination of her readers but she must always bear in mind that they have to be entertained as well as instructed. A tiny example of this occurs in Dangerous Women. I have the convict women singing a hymn at the beginning of their stitching sessions. I didn’t have to quote from the hymn but I chose to do that because it’s one of the most beautiful poems in the English language (Teach me, my God and King by George Herbert) and I actively wanted readers to notice it and perhaps look it up online. I really did want to teach my readers something. There’s nothing wrong with wanting to do that, as long as you don’t overdo it, which I hope I didn’t.

Perhaps the second most important thing (after a gripping beginning) is a satisfying ending. A resolution such as you might find in a piece of music. I hope very much that readers of Dangerous Women will feel that I’ve brought my main characters to a place where we can guess what their future will be. I have had readers already asking me whether I’ll write about the women’s lives after they disembark from the Rajah and my answer is a firm ‘no.’  There are writers who create characters whom they hope and intend to carry on into other books, but I have no such ambitions. Once I’ve steered the ship to the other side of the world; once the mystery I set up right at the beginning of the book is solved, once my main characters are settled in the future I’ve devised for them, I leave the story and am now already turning my attention to another…

I’m going to end by recommending some mysteries or crime novels which I’ve loved over the last couple of years. I hope very much you enjoy them too.

A child disappears in Oxford and her nanny falls under suspicion. But her family is more than a little strange.

A very lavish wedding takes place on an island off the coast of Scotland, but it’s murder not marriage that’s on the mind of one of the guests.

This author has hit upon the most original and unexpected detective ever: Queen Elizabeth ll. The novel is delightful. There’s an exciting crime for Her Majesty to solve and the book is full of authentic royal detail.

THE HEIGHTS by Louise Candlish

This is a story of a mother’s obsession and it grips from the first page to the last. Is the heroine all that she seems? Is the villain villainous? This book is very intricately plotted and unputdownable.

A luxurious and lavish wedding takes place on an island off the coast of Scotland, but it’s murder not marriage that’s on the mind of one of the guests.

APPLES MUST FALL by Liane Moriarty

This story of an Australian tennis family will, I’m sure be made into another Netflix series, like Big Little Lies by the same writer.  The mother of the family goes missing and as they try to find out what’s happened to her, a whole family’s workings lie exposed before us. Marvellously readable and brilliantly written.

Hope Adams was born in Jerusalem and spent her early childhood in many different countries, such as Nigeria and British North Borneo. She went to Roedean School in Brighton, and from there to St. Hilda’s College, Oxford. 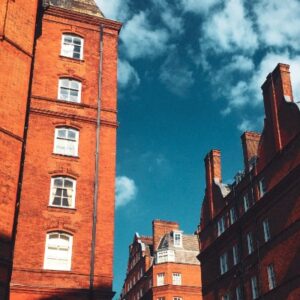 The online advertisement offering work to Hungarians looked promising. The chance to live in a rich country in one of the greatest...
© LitHub
Back to top