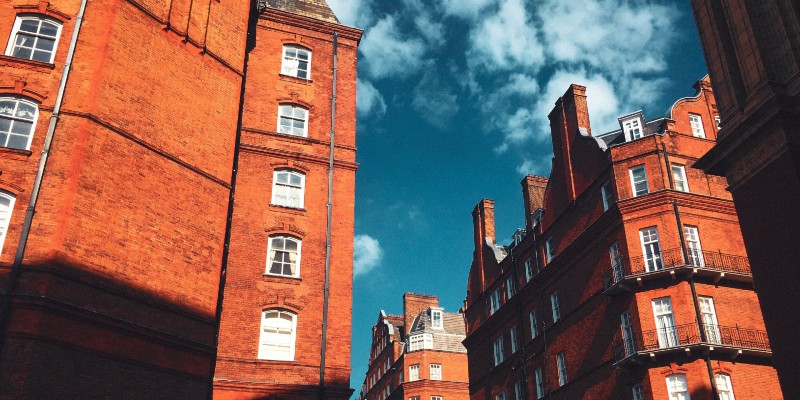 For women in the Hungary, the advertisement for work in London sounded like a promising arrangement.

The online advertisement offering work to Hungarians looked promising. The chance to live in a rich country in one of the greatest cities in the world—a capital city, no less—would prove irresistible to someone struggling to survive. Which is precisely what the advertisement was designed to do—draw in the desperate, particularly if they happened to be young, attractive, and female.

Although modern-day Hungary may have broken the shackles of communism, as we’ve seen in other former “Iron Curtain” countries, many get left behind in the new capitalist society. So when a chance to leave becomes available, the decision is often an easy one to make. For women involved in sex work (or willing to give it a try), the money to be made—far more than from hustling on the meaner streets of Budapest and other cities and towns or plying one’s wares from a dingy communist-era apartment—would be hard to resist.

The young women seeing these advertisements likely figured they had nothing to lose. Their airfares to the UK would be paid for, their workplace and housing arranged. To top it off, they’d be working for a fellow Hungarian—a young woman like themselves, someone who understood. Moving to a foreign country is never simple or straightforward, especially for those of little means. Having someone there who can pave the way and make things easier, to provide support and encouragement, definitely sweetened the deal. The women who responded to the online job advertisement couldn’t pack their suitcases fast enough. London was calling, and they were eager to answer!

Thirty-two-year-old Ivett Szuda and Karl Ring (thirty-four) seemed like just a regular married couple. Ivett was originally from Hungary. Karl, her British husband, was a special constable with the London Metropolitan Police, a voluntary and unpaid position. Like many young couples, they wanted the good things in life. But to afford the luxury lifestyle to which they aspired, they needed money—lots of money. So this aspirational pair came up with a business plan.

Whereas most people without a lot of educational or professional qualifications might opt for a more traditional route, perhaps opening a small business such as a corner shop or even a chippy, Ivett and Karl had something far more entrepreneurial in mind. Selling newspapers, sweets, or pints of milk didn’t appeal to them. Nor did serving up late-night greasy chips to drunken patrons who staggered in after the pubs had shut. First, they needed the right location—a location where they could attract the kind of clientele they wanted. And they found it at Chelsea Cloisters, a “luxury” block of flats near Sloane Square, located in one of London’s swankiest and priciest neighborhoods.

Although it’s listed as an apartment complex, Chelsea Cloisters operates more like a hotel, with a reception desk in the lobby. The self-contained flats, in reality “hotel apartments,” come equipped with private kitchens and bathrooms. The property advertises itself as “your home away from home,” offering hundreds of fully serviced apartments for both short and longer-term stays. Provided perks include maid service, bed linens and towels, a telephone switchboard, a concierge and porter, and so forth. The website proudly states that the building caters to travelers looking for hotel living with the privacy of an apartment. For tourists and business travelers to London, such a setup might seem ideal. For Ivett and Karl, it was. With so many new faces appearing daily, it would be easy for the couple’s clients and employees to come and go without attracting much notice.

The building and its posh address fit Ivett and Karl’s needs perfectly, especially since they would be marketing their business to a more moneyed clientele.

Ivett was a shrewd businesswoman. She knew a good online presence was the key to success—and not just in the recruitment process, but in building that all-important customer base. The escort business is highly competitive, especially in a city like London; Ivett and Karl needed to make sure they didn’t get lost in the crowd. Ivett paid web designers to use their talents to bring more attention to the business, with the couple’s Kensington Angels website eventually boasting more than a hundred escorts. To further increase visibility, the escorts were advertised at other websites too, using names such as “Twiggy” (perhaps an homage to the famed English fashion model) and “Mistress Tala” (the “latex-clad vixen”) for their profiles. Photos of scantily clad young women were accompanied by descriptions detailing their bust sizes, along with their prices and the requisite promotional praise extolling their physical attributes. In addition to providing customers with a convenient way to make online bookings, webcam sex was also available to those who preferred not to get up close and personal.

The women were flown in from Budapest, with Ivett covering the cost of the airfare to Britain. Karl usually collected them from Luton Airport north of the city as they disembarked from their no-frills flights on budget airline Wizz Air. He would then drive the excited new arrivals straight to Chelsea Cloisters, where they would meet the clients who had booked them for sex.

Known to her girls as “Eva,” Ivett was the main point of contact for the young women who answered the online advertisements promising work in exciting and glamorous London. These women were told that they could make up to £300 a day servicing the city’s wealthy elite. For a typical sex worker in Hungary, this no doubt sounded like a fantastic deal. Although prostitution has been legal in Hungary since 1999, many women who engage in sex work there remain unaware of the law. Moreover, the legal framework is not only confusing and contradictory, but it can also pose a further risk to their safety and welfare, making them more vulnerable to such things as physical abuse and human trafficking, particularly for those who are poor and/or use drugs. The chance to live and work in London must have seemed like a dream come true.

But like anything that sounds too good to be true, it often is. 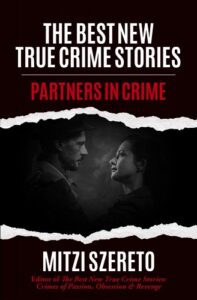 Mitzi Szereto is a bestselling author and anthology editor of multi-genre fiction and non-fiction. She has her own blog Errant Ramblings: Mitzi Szereto's Weblog, and is the creator/presenter of the Web TV channel Mitzi TV, which covers the quirky side of London, England. Her books include The Best New True Crime Stories: Serial Killers, Ladies of Gothic Horror (A Collection of Classic Stories), Florida Gothic, Oysters and Pearls: Collected Stories, Rotten Peaches (The Thelonious T. Bear Chronicles), and more. Her anthology Erotic Travel Tales 2 is the first anthology of erotica to feature a Fellow of the Royal Society of Literature.Mitzi's Web TV channel, Mitzi TV, has attracted an international audience. Segments have ranged from prowling the streets of London in search of jellied eel and chatting about classic cars with Formula 1 race-car driver/BBC TV presenter Tiff Needell and couture shoe designer Jimmy Choo, to joining in a lively pub singalong, being recruited into dance by a troupe of Morris dancing software geeks, hanging out with a chapter of Harley Davidson riders, and covering a teddy bear festival with her ursine sidekick, Teddy Tedaloo. She also plays herself in the pseudo-documentary British film Lint: The Movie.Mitzi divides her time between the UK and the Pacific Northwest. Follow her on Twitter @mitziszereto 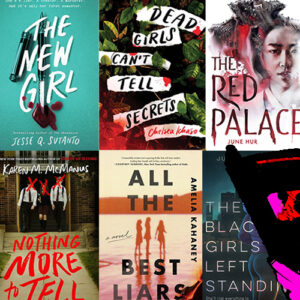 Hey crime friends! Remember those days when Young Adult fiction was all, "teenage girls vs. the apocalypse"? For those of us who used...
© LitHub
Back to top