The Queen of Cabot Cove Recommends Eight Books For Fans of Murder, She Wrote

Thankfully, we have books! I can’t tell you how much that thought has crossed my mind since social distancing and stay-at-home orders became part of our lexicon. Pretty much all I’ve been doing these days is writing and reading. And all this sheltering in place has allowed me to discover some new books and rediscover some old ones. Fortunately, Cabot Cove Books has been delivering! 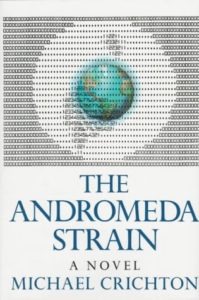 I started my quarantine reading list with a desire to be entertained and informed at the same time by reading the ultimate book about contagion, centering on an alien microbe with the capacity to destroy the world. Big mistake. Talk about scary! And give Michael Crichton credit for being miles ahead of the curve. This book could have been published today pretty much as is (as opposed to its original 1969 pub date), and it remains a terrifying exercise in the deadly havoc a virus like COVID-19 can cause on civilization. 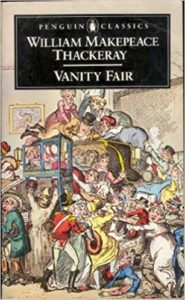 Okay, confession time. I’ve started William Makepeace Thackery’s Victorian classic a dozen times, but never actually gotten more than a third of the way through (including in college when I did a paper on the book.) I figured this time, being rendered house-bound by the coronavirus, I’d actually get to the end. Nope. I just couldn’t bear the book yet again for reasons I’m still trying to figure out. 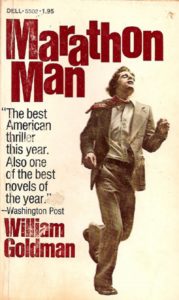 I remembered loving the book and the movie, so I decided to read the book and watch the movie again—at the same time, scene by scene. Hey, I’d gotten my own writing done for the day, and had the time. The result: the book was better, but the movie is pretty darn good too. William Goldman’s harrowing tale of Nazis in New York was made into a film both highlighted and ruined by Dustin Hoffman in the lead. Highlighted because his performance was terrific. Ruined because he was much too old to play struggling graduate student Babe Levy. But, oh, that dental torture scene in both book and movie! 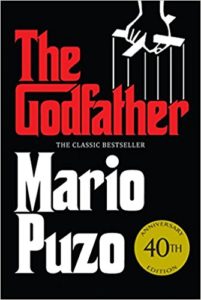 I’d seen the movie but never actually read Mario Puzo’s bestseller, and you know what? It was awfully good in its own right. All things that made the film so seminal are present in the book, along with the overall structure, further fleshing out the characters and subplots everyone loves so much about the Coppola classic. (FUN FACT: I did the same thing with William Peter Blatty’s The Exorcist the last time I was marooned at home after a bike riding accident!) 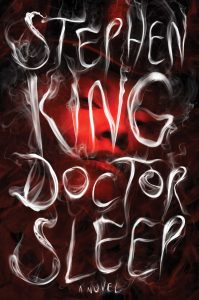 DOCTOR SLEEP: My favorite horror novel of all time is The Shining by Stephen King. I’ve often considered myself the “other” author who resides full-time in Maine, but I somehow never realized Doctor Sleep was actually a direct sequel to The Shining, imagining little Danny Torrance all grown up and still struggling with “the Shine.” That is until he and a similarly afflicted teenage girl take on a traveling band of murderous, vampiric hobos. This one scared the bejesus out of me. I must have put it down a dozen times but picked it up again on each occasion, even after trying to hide it from myself in a drawer. 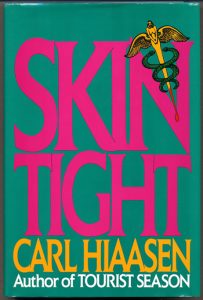 SKIN TIGHT: After Doctor Sleep, I needed something funny to read, so I plunged into the book generally considered to be among the great Carl Hiaasen’s best works. And this wildly imaginative and totally whacky tale didn’t disappoint. From a lecherous plastic surgeon who’s more like Dr. Frankenstein, to the sinisterly revolting Chemo replacing his severed arm with a weed whacker, this one made me laugh out loud and left me calling Cabot Cove Books to deliver more paperbacks. Woefully, they were out of stock, and as I personally prefer reading print books to ebooks, I’ll wait for my special order to come in. 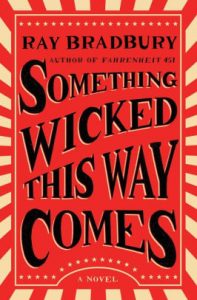 SOMETHING WICKED THIS WAY COMES: What better exercise during a pandemic than to reread your favorite book as a child—young adult in my case? This Ray Bradbury classic not only met my expectations, it exceeded them. I remembered how much I loved the story of a sinister carnival that returns every twenty years to wreak havoc on a small town, but I never realized the lyrical brilliance of the writing or how Bradbury can make each sentence seem like the written equivalent of the Mona Lisa. 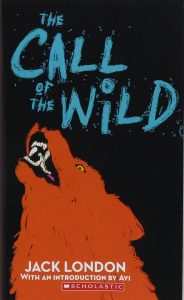 Jack London, The Call of the Wild

THE CALL OF THE WILD: Another great book to reread when you’re starting to feel a bit claustrophobic after being shut in for too long. The wide-open expanse of the Great White North made for perfect antidote for living in a world that ends at my white picket fence. And you know what? This classic Jack London adventure was even better than I remembered. Given the spate of books these days that feature dogs, I started wondering if The Call of the Wild was the very first to do that (although the Sherlock Holmes classic The Hound of the Baskervilles was published a year earlier in 1902!) 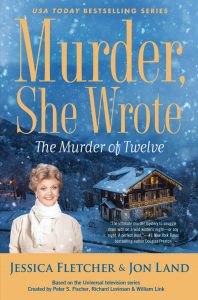 Jessica Fletcher’s latest book, The Murder of Twelve, coincidentally finds her marooned at Cabot Cove’s Hill House Hotel with twelve strangers during a historic blizzard in the Murder, She Wrote version of the Agatha Christie classic And Then There Were None.

Jessica Fletcher is a bestselling mystery writer who has a knack for stumbling upon real-life mysteries in her various travels. Jon Land, author of more than fifty books, coauthors this bestselling series. 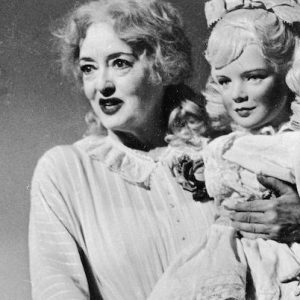 Who doesn’t love a good diva character? I’m not talking about opera singers; I mean the other kind. That precious, over-the-top,...
© LitHub
Back to top