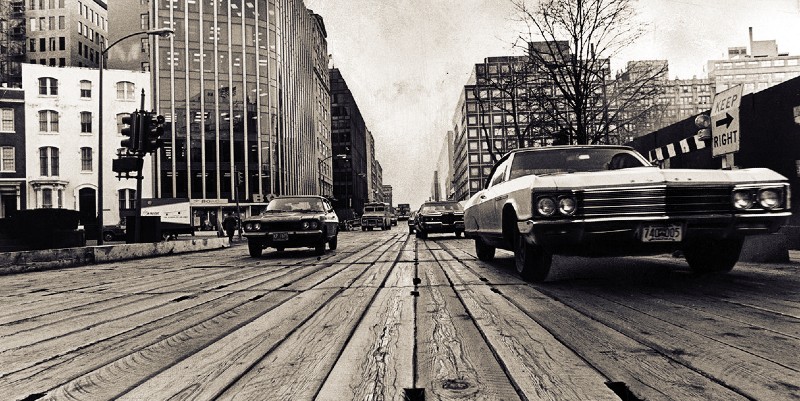 Telephone directories, street maps, pay phones, and CB radios were the tools of the PI trade back in the 1970s.

We had books, radios and cars. What we didn’t have was the internet, cell phones or GPS. It was 1976, the bicentennial year, and I was a young private investigator, employed by a small detective agency operating just across the Potomac River from Washington, DC and everyday brought a new adventure.

Information is the private detective’s stock in trade. Our business focused on matrimonial problems, insurance fraud, criminal law and locating people who didn’t want to be found, and each problem usually came down to uncovering information someone wanted to keep secret. Much has changed since the presidencies of Gerald Ford and Jimmy Carter; perhaps nothing more than our access to the facts and data that any detective needs to make his case.

In the 1970s, separate residential and business telephone books were published by the phone company, and these were often thick enough to serve as doorstops. They provided the address and land-line phone number that went with a person’s name, but offered no clue to who lived at a given address.  Because spouses often get wind of straying mate’s extracurricular plans at the last minute, I often got late notice assignments that consisted of an address and a license plate and general instructions to get there and find out what the target was up to.

When I had to find a location in a hurry, I usually resorted to the then-popular map books published by a local company that broke jurisdictions into multiple one-page grids. I carried a number of them in the back of my car – along with a sleeping bag and a shaving kit. I sometimes found myself hastily consulting one of these at stop lights while I drove toward the target address.

These maps provided limited detail and didn’t cover every jurisdiction. When lost or uncertain, the only corrective was to stop at one of the ubiquitous phonebooths that doted the mid-20th century road system. For twenty-five cents, you’d get an earful from the boss, but he’d get you back on track.  Need directions? Pull into a gas station and ask the guy pumping sixty cent per gallon gas. They were used to inquiries of this sort and were usually quick to oblige. A smart detective cultivated people like that.

Cell phones were as futuristic as Star Wars in the late 70s. Because drivers needed to communicate on multi-car surveillances, we used that staple of mid-20th century life, the CB radio. Radio channels were open to all comers, but we could escape to an open frequency through the use of pre-arranged radio band code names: “go to channel zebra” would get the team to the agreed channel.  Always cautious, we never used our real names, of course, but used “handles.” Mine was “Green Hornet” and friends from that era still call me that today.

The internet now puts everyone with WiFi just a search code from a limitless volume of public information stored electronically and always available. In those days, we dug our way through books. At the detective agency I worked for, we had a substantial library of cross-cross directories that would identify the owners and residents of properties by looking up the address. By crosschecking phone numbers in the same books, you could learn the name of the subscriber. It also paid to develop a good rapport with the research librarian at the local library. On a slow day, she might be willing to dig through her reference books for a piece of useful information. Likewise, post-office employees sometimes gave up forwarding addresses and related details if the question was carefully phrased. I’ve been told that some police officers would run license numbers for their friends.  Of course, I wouldn’t know about that.

Because investigations usually centered on or arose from legal disputes of various sorts, equally valuable information could be found at the courthouse in litigation files and land use records.  Because courthouse clerks were much busier than library personnel, this usually required a trip on site, where the records were available to personal inspection. There was no substitute for tediously turning pages, taking copious notes in a pocket notebook, knowing that the significance of a given piece of information might only become known when other facts were fitted it the puzzle.

Photographs were and remain priceless pieces of evidence for a private eye and for the lawyers who were often our clients, but cameras were bulky pieces of equipment and hard to conceal. This problem sometimes led to messy confrontations, unless you had a solid explanation. I kept a card identifying me as a member of the local birding club that I could show to an irate target accusing me of photographing him or her. Telling someone that I was photographing not them but the rare warbler nesting in the trees behind them often helped, but not always.

Because so such information was collected on a one-on-one basis, the ability to develop personal relationships with police officers, courthouse and post-office staff, members of the volunteer fire departments, and the stranger who you met only because he or she was the next door neighbor of your target were paramount.   And they undoubtedly still are.

The private detective’s day in the late 1970s often consisted of tedium spiced with a seasoning of excitement.  Each day was a new adventure. You didn’t know where you’d be going or how you’d get there and you learned to withstand frigid nights and blisteringly hot days behind the wheel of your car, waiting.  But then the subject would move and the chase was on. It was those moments like that that made it all worthwhile. 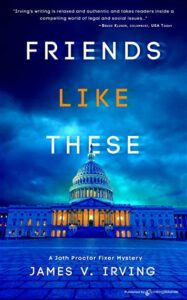 James V. Irving was born and raised in Gloucester, Massachusetts. After completing his undergraduate studies at UVA, Mr. Irving spent two years employed as a private detective in Northern Virginia, where he pursued wayward spouses, located skips, investigated insurance claims and handled criminal investigations. In his early years as a lawyer, he practiced criminal law, which along with his investigative experience and trial work, informs this fictional account of Joth Proctor. 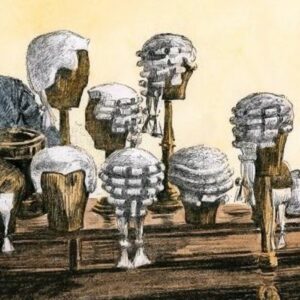 What do you call twenty-five skydiving lawyers? SKEET! If you haven’t heard this one, I bet you’ve heard another or have...
© LitHub
Back to top