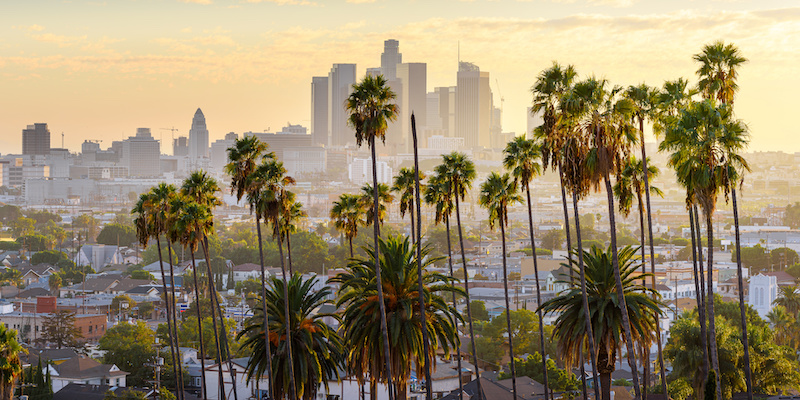 "Los Angeles is a net of light cast over a thicket of infraction."

It is the light. The way it plays across the city, glimmering at the ocean’s edge, slivering its way into canyons, beating down on skid row and warming the hustlers in Hollywood. The light in Los Angeles is at once scouring, soft and cruel, a tease of refuge and absolution at the edge of the continent. It tempts you with its make-believe dusks and the way it succumbs to the shadows in the San Gabriels. The trick, though, as any good noir detective knows, is navigating the illicit urges that come with the night. Crimes in the arroyos. Frantic murmurs in tent cities. Whispered deals in Brentwood mansions. All of it unfolding as police helicopters circle city hall—a pale gravestone on the skyline—and skim toward the Hills and the south lands. Los Angeles is where ruined heroes and broken dreamers live, the clever opportunists and the pretty, misbegotten losers.

In his essay on the 1960 Democratic National Convention—‘Superman Comes to the Supermarket’—Norman Mailer wrote: “The new postwar SuperAmerica is found nowhere so perfectly as in Los Angeles’ ubiquitous acres. One gets the impression that people come to Los Angeles in order to divorce themselves from the past, here to live or try to live in the rootless pleasure world of an adult child. . .One has the feeling it was built by television sets giving orders to men.”

Perhaps. But the city is too vast to inhale. Los Angeles County is a 4,000-square mile puzzle of towering wealth, middle-class struggle and leveling poverty. The world’s syntaxes echo through neighborhoods of Guatemalans, Koreans, Armenians, Filipinos, Iranians and too many others to count. Many have gone searching for the city’s essence. To sketch some shape from the shadows and the light. That is a fool’s game. Los Angeles doesn’t crave a soul. It doesn’t want to be defined—it is slippery to the touch, like mercury or an indicted city official. Crime fiction is at home here. So are real time felonies: gang slayings, the murder of a Beverly Hill philanthropist, smash and grabs on Rodeo Drive, meth peddling on skid row and of course the sinister calculations of men like Harvey Weinstein and Robert Durst. To say nothing of the USC college admissions bribery scandal—a shameless tale of greed, hubris and celebrity.

Los Angeles is a net of light cast over a thicket of infraction. It’s easy to confuse the real with the made up. It’s been this way since Sam Spade and Philip Marlowe slid from the novels of Raymond Chandler and Dashiell Hammett and into the movies and noir legend. Los Angeles is built not only for crime but how to—as any Harry Bosch fan will attest—make it alluring amid the elements and contradictions of its real estate. It will confess the sin but refuse the penance. Yet the city and its strivers demand a starring role.

It is where one can hear this at party:

“You know the thing we don’t say.”

“The screenplay thing? He’s still doing that? He already made a ton.”

“I don’t know, in the Hills, I think, near where that murder was a few years ago.”

“Somebody shopped that murder thing to Netflix, I heard.”

“Murder sells. L.A.’s always been good with that.”

“What are you working on?”

I moved to downtown Los Angeles eight years ago. I learned over time to navigate the motorheads in the Valley, the shimmy of an earthquake, and the dry winds that send wildfires skipping across highways. It is a land of heartache, murals and strange beauty. I like that it is elusive. The way it shifts in its own prism. It sends you out at dawn and dusk into its ever-changing light. To make of it what you will. The early settlers, the rich men and the prophets, understood this. They bent nature to their whims. But I wonder what will come next with the villains of climate change, widening wealth gaps and lack of oversight in a city that recently granted a chief deputy in the fire department an estimated $1.4 million pay-out and a yearly $225,000 pension – even after he appeared to be drunk while running the operations center during a brushfire in the Palisades. The town’s capacity to shock is fabled – Will Smith slaps Chris Rock, drops a couple of F-bombs, wins an Oscar. But those with borrowed money and unshakable grit are not deterred. They keep arriving in the City of Angels: from Mexico, Honduras, Cuba, Iowa, Michigan and now Ukraine. There is hope in the southern California light.

In his novel, ‘A Savage Place,’ Robert B. Parker wrote that L.A. is “the last hallucination, the dwindled fragment of—what had Fitzgerald called it?—‘the last and greatest of all human dreams.’ It was where we’d run out of room, where the dream had run up against the ocean, and human voices woke us. Los Angeles was the butt end, where we’d spat it out with our mouths tasting of ashes, but a genial failure of a place for all of that.”

You make peace with it and move on. For all its deceptions, Los Angeles is forgiving, but perhaps that is another of its many lies. It’s hard to know. The masks are many. The other day a man in bare feet walked down Hill Street, wrapped in a blanket, looking like John the Baptist. It was early. He was alone. But then two young women in short skirts, their hair in the wind, raced past him on scooters, while a hawk circled above, scanning for pigeons to pluck from the air. 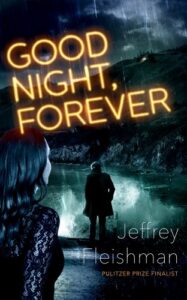 Jeffrey Fleishman is the Foreign and National Editor of the Los Angeles Times. A Pulitzer Prize finalist and longtime foreign correspondent, he has written four novels, including last year’s ‘My Detective’ and the just published ‘Last Dance.’ 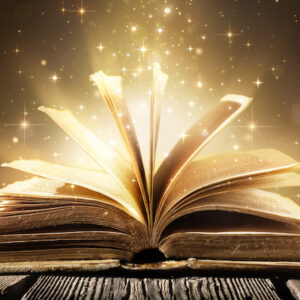 As a girl, I believed in fairies. Did you? Did you believe in ghosts and goblins? There was a house in a forest near me that...
© LitHub
Back to top