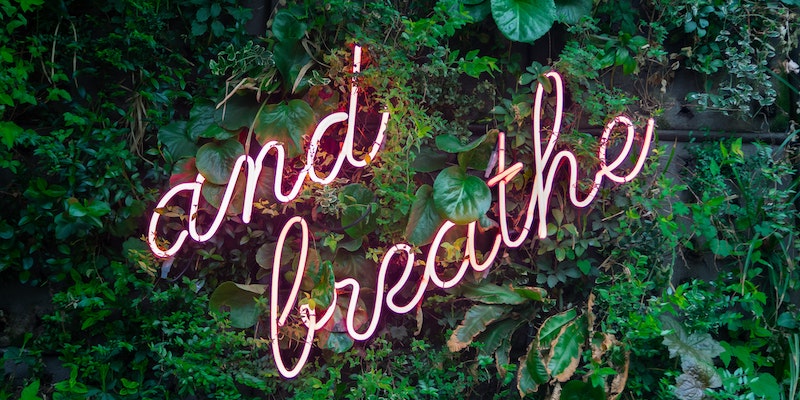 What Makes The Dark Side of Self-Help So Fascinating?

"I’m fairly certain that, if I was a sociopath and driven enough, I could build a little cult of my own."

No one who goes on a wellness retreat thinks they are joining a cult, but they often share very similar traits. There can be a set routine involving early rising, meditation, exercise and enforced silence. The leader is often charismatic, passionate, opinionated and persuasive whilst the followers are fervent, desperate and vulnerable. They’re lured in with the promise of enlightenment, peace and healing; they buy into the jargon, the promises and the exoteric practices. There are many differences of course, including the fact that no one expects to die on a wellness retreat. But it has happened and, in a largely unregulated industry, it could well happen again.

My background is in psychology and I’m fascinated by topics like brain-washing, mind control and coercion. There isn’t a book I haven’t read or a Derren Brown series that I haven’t watched and I’m fairly certain that, if I was a sociopath and driven enough, I could build a little cult of my own. Oh, wait, there’s another trait I’m missing: I’m not male.  In my research into cults for my second book, The Lie, and into the wellness industry for my new book Her Last Holiday, the one thing that stood out was how frequently the leaders are male. I’m not going to delve into the world of cult leaders in this article but, in the half dozen or so documentaries I watched about self-help or wellness gurus every single ‘guru’ was male. They all ticked the same boxes: charismatic, powerful, attractive and dominant but their styles were quite different. Some were aggressive, stalking back and forth across the stage, a huge physical presence with a voice to match. If any of the seminar attendees dared voice their reason for attending (a vulnerability or a past pain) the guru would confront and challenge them which was painful to watch. Other gurus took a different approach. They were quirky, funny and shared their vulnerability with their audience. Regardless of approach every one of these men inspired confidence in the broken, desperate and needy people who turned to them and, for one wellness retreat, that resulted in events taking a very tragic turn.

In 2011, motivational speaker and self-help businessman James Arthur Ray was convicted of three counts of negligent homicide when three people died during one of his ‘new age’ retreats. His particular brand of self help involved sleep deprivation, fire walking, fasting, board breaking and arrow breaking—all potentially dangerous activities that resulted in accidents and injuries—but it was his own version of a sweat lodge ceremony that resulted in eighteen people being hospitalized for burnings, dehydration and breathing problems, and three people dying. Ray fled the scene, telling Piers Morgan in 2013 that he ‘was scared.’

As I watched the James Arthur Ray documentary on Netflix, the thought of a group of shaven-headed, dehydrated, half naked people crying, gasping, passing out and dying during what they hoped would be a transformative experience captivated and horrified me in equal measure. Two things struck me. One: surprise that there hadn’t been more deaths at unregulated retreats that ask their participants to jump off high platforms, complete aerial walks, jump through trees and stick their hand into pits of snakes. Two: that a wellness retreat was a prime setting for a crime to occur. All a sociopath would have to do to cause a death or two was unclip a harness, swap a harmless snake for a poisonous one or hide glass in a fire walk run or at the base of a jump.

In Her Last Holiday there are two threads to the story: a past thread where Jenna attends a wellness retreat in Gozo, an island off the coast of Malta, and a present day thread wherein Jenna’s older sister Fran attends a retreat in Wales to try and discover the events leading up to her sister’s suspected suicide after the sweat lodge ceremony two years earlier. At its heart it’s a mystery, but there are thriller elements too, as Fran’s life is threatened when she takes part in activities like white-water rafting, aerial walks and board breaking.

One of the things I noticed as I did my research was how dangerous the balance of power between a guru and his devoted audience can be. In the Netflix documentary ‘(Un)Well’ yoga students who trusted and respected their teacher were encouraged to open up to him emotionally and push their boundaries. The resulting tales of manipulation, abuse and sexual assault made for very uncomfortable viewing. In Her Last Holiday I wanted to explore the power imbalance between Jenna—a vulnerable and desperate woman—and Tom Wade, the self-help guru. Their attraction is mutual and I don’t imply any coercion or power play but I wanted readers to feel uncomfortable  about their burgeoning relationship. Where was Tom’s integrity and professionalism? Was what he allowed to happen right?

It was tempting to base his character on the men I’d watched in the documentaries, but I thought it would be more interesting if the book took on a sort of Lady Macbeth slant, and so instead of Tom being a dominant, confident, alpha-type of man, those traits belong to his wife Kate, the ‘power behind the throne’. Kate is ambitious, frustrated and manipulative and she wants the Soul Shrink Retreats to succeed, prosper, and make her very, very rich. She knows that she can never dominate the self-help industry as a female figurehead but she knows how to pull Tom’s strings to make him dance.

I’m sure there are thousands of wellness retreats bringing peace, happiness and contentment to the people that visit them. And that’s all well and good, but it wouldn’t make for a good crime story, would it? 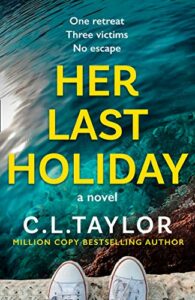 C.L. Taylor is an internationally bestselling author. Her psychological thrillers have sold over a million copies in the UK alone, been translated into over twenty languages, and optioned for television. C.L. Taylor lives in Bristol with her partner and son. 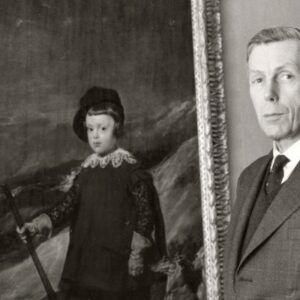 Having decided I wanted to write about a young female spy in London on the brink of World War Two, I knew I’d be taking...
© LitHub
Back to top