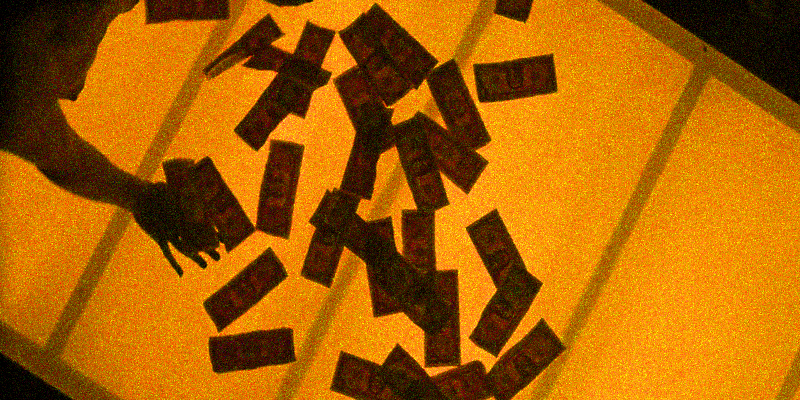 "Running a casino to launder illegal cash is so 1940s."

Global criminal activities generate trillions of dollars in profits. Estimates range from $2 trillion to $11 trillion (about 2-12% of the global GDP), but nobody really knows, since crooks don’t report their incomes. It’s safe to say that counterfeiting, drug sales, gun running, human trafficking and even illegal trade in wildlife generate a massive mountain of cash.

Trouble is, all that cash isn’t really fungible. You can’t just buy a snazzy NYC condo or a deluxe London flat with it. These days, the authorities want to know how you got that money. Case in point: my last mortgage. When I listed the amount of my downpayment, the lender wanted documentation for the origin of every dollar.

Illegal cash has to be laundered before it can be used, that is, its illicit origin has to be hidden. And for that you need an accountant.

Illegal cash has to be laundered before it can be used, that is, its illicit origin has to be hidden. And for that you need an accountant.

Enter Marty Byrde, the protagonist of the TV series Ozark. He and his accounting partners launder money for a Mexican drug cartel. When one of his partners siphons off some of that cash for personal use—who’s gonna notice with all those millions?—the cartel’s enforcers kill his two partners and Marty is given the choice to make up the loss or join them.

What unfolds across several seasons has made a lot of people are familiar with the idea of money laundering. Marty—first alone and then with the help of his wife Wendy—uses the oldest method of money laundering, mingling the illegal cartel cash with legally earned funds.

The best way to do that is through cash-based businesses that give no receipts. The mob used pizza parlors and donut shops. Marty buys a bar and marina for the same purposes. That way he can sluice the illegal cartel funds through the registers of the bar and marina and declare it as income.

The trouble with that method is that he can’t simply declare all that cash as income. A bar in the middle of nowhere can’t suddenly sell a million dollars worth of beer. Even if he could convince the tax authorities that he did sell that much, they are going to ask for the invoices to show that he bought all those cases from a distributor Fake invoices are one way to keep the authorities at bay, but those can only go so far.

That explains Marty’s desperate need to buy more businesses of that ilk, like the strip club and the funeral parlor. Marty’s real trouble is that the cartel’s need to launder money is insatiable and that his methods, tried and true as they are, just don’t scale up well at Lake of the Ozarks.

What the show gets wrong is that the drug cartels and other illegal operators have long since moved on from the commingling method to far more complex ways to launder cash. While the show makes for great TV, it’s also quite a bit behind the times.

International criminal enterprises go well beyond the drug cartel kingpins or gun runners. The include a broad array of folks who likely call themselves businesspeople. They would bristle at the label criminal, but they are just that. They all make millions by breaking the law and they all need ways to make their money appear sparklingly clean.

As quaint as it sounds, the physical transport of cash across borders is still a major way to put physical distance between the location of the criminal activity and the illegal proceeds. Moving cash to a different jurisdiction breaks the audit trail and adds a lot more legal and bureaucratic barriers to prosecution and seizure. In Marty’s case, the cartel would probably be better off smuggling the cash back to Mexico.

As the Financial Action Task Force, an intergovernmental organization, points out this method usually starts out with a visit to a money services business that, for a fee, converts small crumpled bills into the large denomination bills to cut down on the bulk. But even $100 dollar bills add up in weight. A million bucks in the largest common denomination bills weighs twenty-two pounds.

Of course, I’m not talking here of stuffing a few hundred bucks into my socks, or rolling them up and hiding them in the handles of carry-on bags. The FATF has data that show that almost 40% of bulk cash smuggling occurs through cargo. These days, a lot of bulk cargo is no longer shipped loose, but in so-called superbags that hold 2,200 pounds or containers. In one case documented by authorities, $11million dollars were hidden under 2,200 pounds of ammonium sulfate.

Given the containerization of world trade and the vast quantities of containers that are shipped every day, it is easy to hide large quantities of cash behind false walls or bottoms. The authorities can only check a small sample. That’s a risk the money launderers are willing to take.

Trade-based money laundering is another favorite method to wash cash. A company orders a container worth of worthless trinkets from a supplier in another country. That supplier in turn bills the company but sends invoices with dramatically inflated prices. The company pays the invoices and a large amount of cash has been send abroad where it’s considered a perfectly clean reimbursement for goods sold.

Another case in this category involved depositing drug money earned in the US in a Lebanese bank (which looked the other way), and then using that money to purchase high end consumer goods that were shipped to the cartels in the Latin America, which sold them and got their cash.

It doesn’t take much imagination to envision a multitude of strategies that utilize international trade to launder ill-gotten gains.

Some of the most creative money laundering involves the use of the international banking system and jurisdictions that allow the forming of companies without requiring the names and address of the real (the technical term is ‘beneficial’) owners.

One of the more famous examples of that was the Russian Laundromat. This scheme aimed to transfer illegal cash earned by the Russian mafia (and associated politicians) abroad. The setup was rather complicated, but it works so well that is laundered an estimated $20 billion between 2010 and 2014. Those are numbers that Marty Byrde could only dream of with his operation.

The laundromat works as follows. Company A (registered in the UK) gives Company B (also registered in the UK) a fictitious loan involving a large amount of money. That loan is guaranteed by a Russian company with a Moldovan front person. Company B declares bankruptcy and the debt is certified by a corrupt judge in Moldova. The Russian company—the guarantor and a front for the Russian mafia—is now obliged to pay the loan back to Company A in the UK. The money is now sparkling clean and backed by what seems a legitimate court order. Company A then funnels the founds to off-shore accounts. The majority of highend apartments in NYC and many other global cites are owned by such off-shore companies.

This turned out to be an exceptionally cheap way to launder money. All the crooks had to pay were the bank transfer fees. A lot of banks were involved, including some well know UK based banks. For them it was simply good business, earning a 2% fee for every transaction. That doesn’t sound like much, but 2% on $20 billion dollars amounts to $400 million. That’s a lot of money for clicking the “Send” button on a computer screen. No wonder banks find it really difficult to say no to that temptation.

Globally, governments have agreed on protocols to eliminate such operations. Know Your Customer is one of the key requirements. KYC is supposed to prevent companies that amount to little more than a P.O. box address from using the banking system to launder money across borders. But as long as there are jurisdictions that protect the names of beneficial owners, KYC is bound to fail.

Lest we think of Caribbean Islands are the only jurisdictions offering such privacy, it’s important to point out that Delaware’s corporation law is essentially the same, the Companies House in London offers a handy online guide on how to set up your new company, and Canada’s British Columbia has become a magnet for money launderers.

If the banking sector is deeply implicated in money laundering, so are the securities markets. The difference being that stock brokers are even less regulated than banks. Most money laundering in the securities sector doesn’t take place in physical exchanges like the NT Stock Exchange, but in Over The Counter or OTC markets. OTC markets are decentralized, have no physical location and trade electronically. Trades can be private and the prices not known to others. Brokers deal with each other or with customers.

A classic example is that of a Latin American drug cartel shipping cocaine to Europe. How can they get paid for their product? They amount of cash is so large, couriers wouldn’t be able to bring is back in their carry-luggage. Shipping it in containers can lead to seizure or pilfering. The securities market offers the safest and fastest method to not only repatriate the cash but also launder it.

One strategy involves the cartel setting up company A in a jurisdiction that promises privacy. That company is then listed on the OTC markets in Europe. The cocaine importer in Europe funnels cash through a broker and buys the shares of company A in a private deal. The proceeds of that sale end up in the accounts of the drug cartel, not as dirty drug money but sparklingly clean as the proceeds from a stock sale.

My latest thriller, Percentages of Guilt, depicts various strategies of money laundering and highlights the difficulties facing authorities trying to unravel such decentralized and layered means of cash transfer.

Most governments treat the moneyed elite with kid gloves and are eager to make financial transactions as frictionless as possible. When a big bank is caught money laundering, it ends up paying a fine, usually a fraction of the money they made, and there are precious few criminal indictments of individuals who facilitated it. No wonder the criminal world has taken to these new methods like fish to water.

And that’s why Ozark gets money laundering wrong. Running a casino to launder illegal cash is so 1940s. It might have been enough for Bugsy Siegel, but today’s crooks are global in scale and use global means to launder their cash. 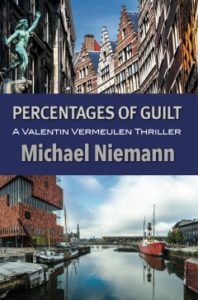 Michael Niemann grew up in a small town in Germany, ten kilometers from the Dutch border. Crossing that border often at a young age sparked in him a curiosity about the larger world. He studied political science at the Rheinische Friedrich-Wilhelms Universität in Bonn and international studies at the University of Denver. During his academic career he focused his work on southern Africa and frequently spent time in the region.
http://michael-niemann.com/ 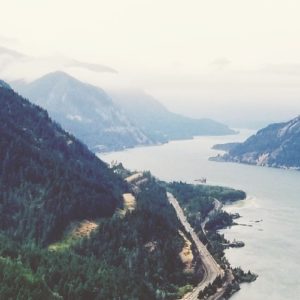 Are you feeling ready to hit the road and venture to off-the-beaten-path trails were the mist hangs low and heavy in dense...
© LitHub
Back to top