What to Watch in December: Your Guide to the Month's Essential Crime TV

They say it’s the Golden Age of Television, but they also say: not all that glitters is gold. That’s why we’re here, every month, to dig through the annals of content, of crime story after crime story after crime story, to identify the gems among the masses. The last month of the year is upon us, but if you think the TV schedule is winding down, think again. ‘Tis the season for networks new and old to compete, each vying for your precious holiday time. We have noir from Norway, New Zealand, Turkey, the American midwest; revenge is sought, serial killers are tracked, the innocent are acquitted, the disturbed are examined, and crimes of all kinds are committed, those tenacious investigators always one step away from the slippery truth. Another year in the books, and our world on the screen is still going strong, with Peak TV muscling its way into your living room, serving up all your favorite crime stories cold. 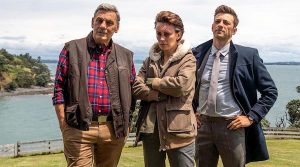 Waiheke Island is a spit of land in New Zealand’s Hauraki Gulf, your most perfect of island idylls: only a 40 minute ferry from bustling Auckland, replete with olive groves, vineyards, white sandy beaches, and crystalline waters. Except in The Gulf, where the sunny is swapped for the seedy. This 6-part crime drama turns on the story of detective Jess Savage, who loses her memory in a car crash that kills her husband. Determined to bring the killer to justice, she descends into a rabbithole of morphine-fueled paranoia, only to find that, upon re-assembling the pieces of her past, the truth is a bit less black and white, a bit more ethically jumbled than she once thought. Told through three of the most significant cases in her career, this eerie, intriguing mystery is sure to satisfy that psychological thriller jones. 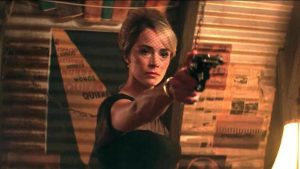 A new revenge thriller! Some liberal feel-good catharsis! It’s not everyone’s cup of tea, but it’s Hulu’s splashy new noir, and on that fact alone, it deserves some love. Plus, female rage is all the rage. (Swap Liam Neeson for Abigail Spencer and now it’s feminist, or something.) The premise: some years ago, Katherine was dragged behind a truck and left for dead by her brother and his ruthless gang. By some miracle she survives, but now she goes by Doris, and she’s coming to collect. And who can blame her? Emphasis on the atmosphere—noirish, full of attitude, retro thrills, color, and violence—it’s like Sons of Anarchy bred with Kill Bill. 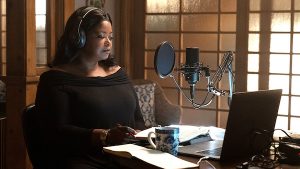 Based on Kathleen Barber’s 2017 thriller, Are You Sleeping, this Reese Witherspoon-produced series stars Octavia Spencer as the host of a successful true crime podcast. In other words, it’s a TV show based on a book about a podcast. Try explaining that one to your grandma. We follow Spencer as she investigates a murder, intent on proving the sentenced killer was wrongfully convicted. Sound familiar? The creative team behind this one includes creator and writer Nichelle Tramble Spellman, who previously worked on The Good Wife and Justified. And rounding out the all-star line-up we have Aaron Paul, Lizzy Caplan, Elizabeth Perkins, Ron Cephas-Jones, and Mekhi Phifer. Apple TV tries again. 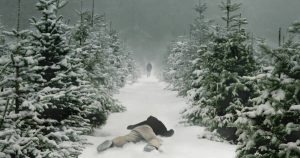 Dark, snowy, overwhelmingly bleak, leave winter in Norway to our TV shows. Fortunately, Wisting is your gateway, but more than that, it’s gripping nordic noir of the highest quality. Based on the novels by Jørn Lier Horst, and set against the stunning Norwegian coast, the 10-part series follows the joint investigation of an American serial killer by Norwegian homicide detective William Wisting and a New York-based FBI agent, who had tracked and lost the killer on American soil 20 years earlier. There’s plenty of tension to keep you ensnared, but it skyrockets when Wisting’s daughter, a fearless reporter, begins a dogged pursuit of the case, and walks straight into the belly of the beast. 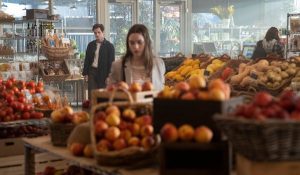 You went surprisingly viral upon its Netflix debut last December. Now, the former Lifetime show has been scooped up by Netflix for its second season, picking up where it left off with our freaky guy Penn Badgley in LA, where he has set his obsession on a grocery clerk/aspiring chef by the name of Love Quinn (played by The Haunting of Hill House star Victoria Pedretti). Like season 1, it will borrow from Caroline Kepnes’ thriller, the 2016 sequel, Hidden Bodies. But he’s up against (at least) one major problem: LA is no place for hidden bodies, so to speak. With so many flailing selfie sticks, it’s not hard to get caught accidentally photobombing. Rather, it’s hard to not get caught. Good luck laying low, Joe Goldberg. 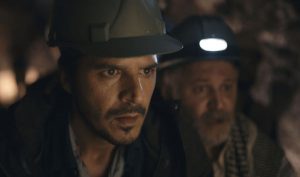 This is the Turkish art thriller you didn’t know you were looking for. Atiye is a successful artist in Istanbul. “Ever since I can remember, I’ve been painting this symbol,” she says. Cut to her exhibit, where, sure enough, all her paintings play on the same abstract shape. It isn’t until an archaeologist comes to town, hot off a dig at Göbeklitepe, the world’s oldest temple, that she begins to discover her mystic connection to the ancient site. That’s about all there is to know about this one, but it’s certainly intriguing enough to have us anticipating the end of the month. 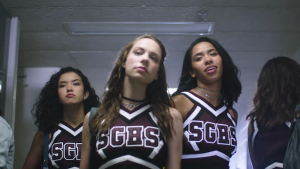 December’s creme de la creme, coming in just shy of the new year: the first Megan Abbott series to grace our screens. It’s about damn time! Three claps for USA Network. According to the press release, Dare Me is “an unflinching exploration of teen angst, jealousy, loyalty and the dynamics of power in a small Midwestern town, set against the backdrop of competitive high school cheerleading”—and frankly I couldn’t have said it better, or wanted more. It captures the particular vitality sewn into the teenager spirit, the vitality that can, with a touch of ambition, tip over into reckless abandon and destruction. What a relief to have Abbott herself writing and producing—finally, an adaptation we can expect to be as exceptional as its source material. To come: the rest of the Abbott canon.

Based on a Spanish TV series, this dark thriller reimagines and subverts already-scary fairy tales. The first season was set in NYC and took on “Three Little Pigs,” “Little Red Riding Hood,” and “Hansel and Gretel;” this season takes us to Nashville for our princess tales: “Beauty and the Beast,” “Sleeping Beauty,” and “Cinderella.”

It’s pretty much just as it sounds: a “docuseries” (we’re now using this term, it seems, for reality shows that hope to be more sophisticated) featuring unfiltered footage of outrageous courtroom drama. Like Judge Judy, but “real.”

Adapted from the comic series of the same name, this apocalyptic vampire show stars Ian Somerhalder (The Vampire Diaries—is this guy a vamp?), a scientist whose best friend is a victim of a mysterious disease ravaging the world, turning humans into vampires, and dividing society. Back to the Future meets Daybreakers?

This horror show airs one standalone chapter each month. We’re in our second year now, and December is coming in strong with a tale of workplace horror. A wealthy boss hosts two mid-level employees for Christmas dinner. He’s curious to see how far they’ll go to get that holiday bonus they were denied. Unrelated: have you seen Ready or Not?

The latest in Netflix’s ongoing commitment to true crime. Henry Lee Lucas claimed he was responsible for killing hundreds of people (in addition to his mother and the two others he was convicted for) across America over a 20-year stretch. But as his confessions were examined, the police began to suspect Lucas of lying, not mass murder.

Ringing in Christmas day: season 12 of a most beloved, Canadian cozy, featuring a most clever gentleman detective.

A Hard World for Little Things: 10 Dark Stories of Kids in Peril 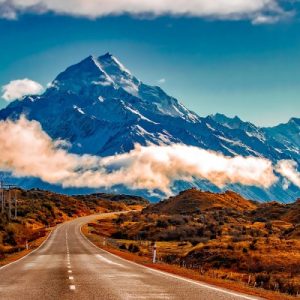 New Zealand is a small and ruggedly beautiful country on the edge of the world. There are no bridges to anywhere from here. As...
© LitHub
Back to top