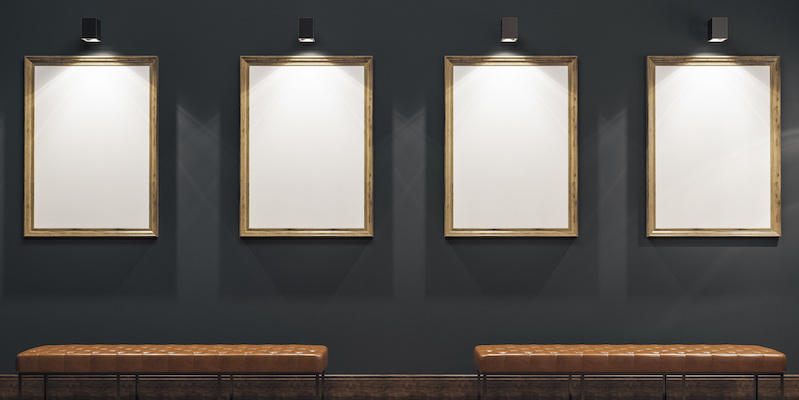 A moment of reckoning took place earlier this month in the “stolen art” arena: After a years-long investigation, the Fine Arts Museum of Bern, Switzerland announced it is “giving up” 40 paintings from the massive Gurlitt treasure trove that they concluded to be Nazi-looted artworks or of “questionable” origin.

The Bern Museum’s handling of Nazi-looted art is a fascinating case study of doing almost the right thing.  In 2014, the museum became the beneficiary of the Gurlitt collection when, in an unexpected move, the reclusive German-Austrian art dealer Cornelius Gurlitt bequeathed practically his entire collection to the museum when he passed amid scandal. Gurlitt wasn’t your run-of-the-mill art dealer. He was the son of the infamous Hildebrand Gurlitt, one of four art dealers assigned exclusively by Hitler to sell Nazi-confiscated art on behalf of the Reich.

The “Munich Art Hoard” was a story that sent shockwaves to the art world, after more than 1,500 major works were discovered hidden for decades in Cornelius Gurlitt’s rundown apartment in Munich in 2012 (we’re talking the caliber of Picasso, Matisse, and Chagall found stashed inside the man’s stove and pantry).

Upon accepting the controversial paintings following an agreement with Germany, the Bern Museum renounced the rights to all artworks that once belonged to Jewish owners dispossessed by the Nazis and put their own investigators to work and discovered—big surprise—Nazi-looted art among the collection. The 1,100 other works from Gurlitt’s collection will remain with the museum despite the institution saying that their “provenance from 1933 to 1945 has not been unambiguously clarified; gaps in the ownership history remain.”

In related news, there were headlines in 2020 when the Louvre finally decided to dust off its guilty conscience and hired art historian Emmanuelle Polack as the “face” of the French museum’s efforts to return stolen works.

After less than a month on the job, Polack identified 10 pieces of Nazi-looted artworks in the Louvre’s collection. The paintings came from the collection of French-Jewish lawyer Armand Dorville, who fled Paris under duress, prompting the Nazis to confiscate his collection and auction it off. It has been estimated that 100,000 works of art were looted by the Nazis or sold under pressure in France, and that many of the country’s national museums acquired works during the German occupation. Although most of those works have been reclaimed by their rightful owners, thousands of stolen works of art remain in French national museums awaiting ownership claims.

Make no mistake these are positive developments, but mere flickers of light in what is known as the darkest period of art history. Between 1933 – 1945, the Third Reich confiscated, destroyed, and plundered upwards of 650,000 works of art from museums, private collections, galleries, schools, and studios. It was a robbery on the most massive scale that began in Germany and spread to become a systematic cultural rape of Europe’s treasures from the greatest museums and most important Jewish collections—like the Rothschilds.

Ironically, a few weeks ago a Rothschild masterpiece emerged from the stolen art closet—a Van Gogh that fetched a record-breaking $35.9 million at auction. The details behind this sale have remained confidential.

The Reich’s swift attack on modern art was fierce and merciless. Their motto: crush and plunder. Artists—especially the Expressionists—were banned from exhibiting, selling their works, and even creating in the privacy of their own homes. Those artists who couldn’t escape, many committed suicide and countless others were imprisoned and murdered.

And yet, their so-called “Degenerate” artwork was worth beaucoup bucks on the international market, and the Reich went to town. It was the ultimate smash ‘n’ grab. High-ranking Nazis took the cream of the crop for themselves, sold major art anonymously (thank you, Switzerland, for all your help), and funneled immense profits into the Nazi war machine.

While the Nazis were the most visible perpetrators, they certainly were not lone wolves involved in the stolen art frenzy. Many of our revered museums, curators and collectors took advantage of the situation and utilized the Nazis’ fabricated and meticulously spun documents legitimizing “forced” sales of Jewish works to substantiate their own secret purchases.

You know how it goes—why bother with Holocaust guilt when you have papers in hand to prove otherwise.

Nearly 80 years after the war, after most of the Nazis and victims have passed, what’s left is the assets—namely, art. And even more pertinent, the golden question “Who is the legitimate owner of the painting?” is no longer a moot point when we now possess the technology supported by genealogy advancement at our fingertips to reveal a painting’s true ownership.

Do you see museums standing in line?

Nobel Laureate Elie Wiesel called the returning of stolen art a “moral commitment”. But it’s much more than that: It is giving back to a family who lost so much during the war its rightful history—a once culturally rich life before the Nazis exterminated it.

Museums: Time’s up. Enough with the secrecy, the closed-door policy, the playing pretend, the years of legal entanglement to cling onto paintings that don’t belong to you. Pry open Pandora’s box and shine light upon all those canvases that have been forced to hang in your hallowed halls just waiting for the truth to be exposed. 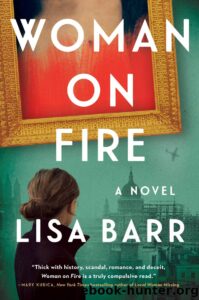 Lisa Barr has been an editor at The Jerusalem Post, Today’s Chicago Woman, and Moment magazine, and an editor/reporter for the Chicago Sun-Times. She is also the creator and editor of the popular parenting blog, GIRLilla Warfare. Her latest novel, WOMAN ON FIRE, all about a woman tasked with tracking down a famous Nazi-stolen Expressionist painting, will be released on March 1, 2022. 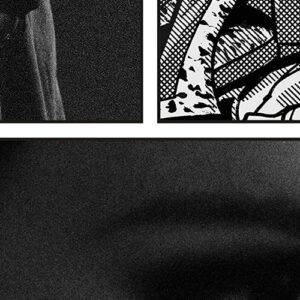 When I decided, a few years ago, that my next crime novel would be a noir murder mystery set in the 1975 comic book scene...
© LitHub
Back to top