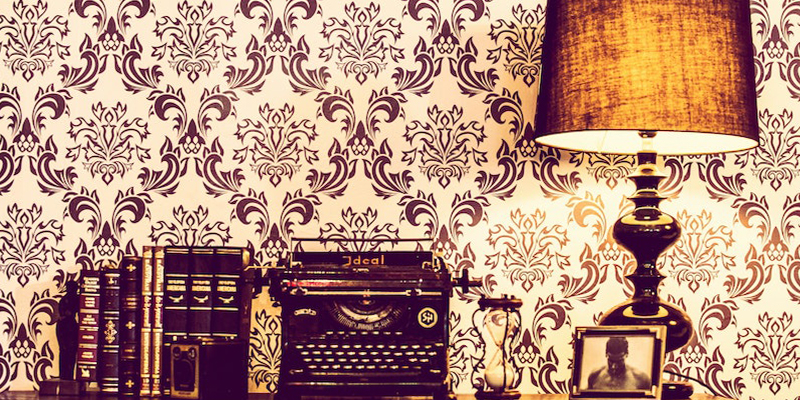 What We Owe To The Victorians

Modern sanitation, fast transit, global communications, and so much more...

A bar in a Las Vegas casino isn’t generally a place where one would contemplate what we owe to our Victorian ancestors, but that’s exactly where I was when it hit me that we owe them more than we think.

My husband was playing a Senior Event at the World Series of Poker and I was perched on a bar stool waiting for him when I realized that the flashing lights of the slot machines, the ear-splitting music and the endless taxis discharging fares outside the big glass doors couldn’t exist without them.

I’d been working on this article for some time, but I wasn’t satisfied with anything I’d written. But that changed when I was sitting on that bar stool sipping my glass of merlot. (The bars in Vegas casinos never close…)

Here I was in the middle of a dreadful pandemic, wearing a mask and sitting in a crowded public place. Oddly enough, I felt reasonably safe because I knew the precautions I’d taken were giving me protection. I’d been vaccinated, was wearing my mask so I wouldn’t spray or receive dangerous droplets and I had scrubbed/sanitized my hands as per medical guidance. I knew these safeguards worked because of the Victorians. They were the first to understand the ways that disease could be spread. Don’t get me wrong, they weren’t the first to figure out that keeping humans apart might help in stopping the spread of terrible diseases. During cholera outbreaks in the seventeenth century, cities all over Europe closed the city gates and quarantined their people. But because of a Scottish physician named William Budd, we now understand the importance of not just closing the gates, but having clean water supplies, sewage systems and garbage collection. Budd, while working near Bristol during a typhus outbreak, deduced that the only thing all the villagers who’d come down with the disease had in common was the use of a communal well. That discovery literally led the way to modern sanitation systems all over the world.

I took another sip of my merlot and noticed the man sitting a few bar stools away was busily texting on his phone. Now I’m not saying the Victorians are completely responsible for near-instant communication systems, but without an inventor named Alexander Graham Bell we wouldn’t be staring at our iPhones and Androids. But Bell shouldn’t get all the credit, the telegraph, the precursor of the telephone was invented in 1837—there is a bit of a dispute as to who actually invented it, so no individual credit here, but that invention opened the world for everyone. By the 1840s telegram offices were spread all over England, Europe and the United States. By the 1870s undersea cables were laid around the world. In 1883, English newspapers reported the destruction of Krakatoa, an island thousands of miles away in the Pacific Ocean within twelve hours of the explosion itself. The Victorians had a real desire to embrace new technology…or improve the technology they hadn’t invented themselves.

But they did invent one of the most important elements of mass transportation—the railway train. It was this invention (circa 1804) that moved Great Britain from a mostly rural culture to an industrialized, urban society. The first commercial railway of any note was the Stockton and Darlington which opened in 1825. Railways changed everything by bringing mobility to the masses and that led to all other modes of mass transport. Having said that, for the individual Victorian the bicycle was a huge boon to local transportation needs—one article I read suggested it improved the gene pool since it allowed young gentlemen and ladies to cycle to the next town or village in search of a more attractive mate. By the end of the 19th century, the horse and buggy were obsolete. Underground railway systems, trams, and street cars all had their beginnings with the Victorians.  What would London be without “the Tube”?

The Victorians also pioneered public education. It was quite a radical notion that everyone, including girls, needed to know how to read and write. They didn’t do this to benefit society, they did it because their factories, shops, shipping, insurance, and banking companies needed literate employees. But as an author, I’m delighted these short-sighted bastions of capitalism insisted on education for the lower classes because the unintended consequence of education meant that more and more people could read… and that’s why newspapers, magazines, and books began to flourish.

We all know that Johannes Gutenberg invented the printing press in 1436, but for hundreds of years, books were expensive and pretty much the exclusive property of the rich. Additionally, even though novels have existed for decades, you had to know how to read to enjoy one. But an expanded middle and working class that was literate meant that now anyone could read about the exploits of outlaws and cowboys in the American West or the romance of Charlotte Bronte’s Jane Eyre and her sister Emily’s wonderful Wuthering Heights. You could now laugh at the clever dialogue of Oscar Wilde and share the exciting adventures of Robert Lewis Stevenson.

The Victorians produced wonderful novelists that have gifted the world with books that are still being read today (as well as a boatload of stuff that isn’t) and I for one, am very, very grateful. If Wilkie Collins hadn’t written The Moonstone, a novel considered the first real mystery, we probably wouldn’t have had the Grandaddy of all mystery writers…and yes, he is a Victorian. Of course, it’s the great Arthur Conan Doyle

Doyle’s first novel, A Study in Scarlet was published in 1887. Doyle was only paid twenty-five pounds for the work…but it was the beginning of a writing career that gifted the world with his amazing detective, Sherlock Holmes. Luckily for us, Doyle wrote many fabulous works and they’re still being read today.

The popularity of Doyle’s iconic hero spearheaded a long line of wonderful detective stories that continued from the Victorian era, through the Edwardian and into the 20th and 21st centuries. Dashiell Hammett, Raymond Chandler, Dorothy Sayers, Ngaio Marsh, Ellis Peters and my personal favorite, Erle Stanley Gardner might never had written their novels without the Victorian obsession with a growing economy and global expansion in the form of the British Empire which, despite its obvious faults, made English the default language worldwide.

Inspector Witherspoon and Mrs. Jeffries owe their very existence to this lineage of mystery writers who led the way. Luckily, I have been had my nose in a book since I first learned to read and mysteries are my very favorite genre. They have taught me so much about human motivation, greed and the never-ending, never-perfect search for justice.

I don’t know what the world would have been like had the Victorian era been different, but I suspect most of us would still be living on hard-scrabble dirt farms pushing a plough and I for one, am thankful that isn’t the case. I do know that despite a world that often is frightening and confusing, we owe the Victorians a huge debt of gratitude.

What happens in Vegas doesn’t always need to stay in Vegas—at least, not when it comes to inspiration for an article. 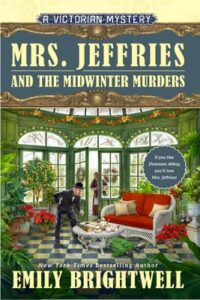 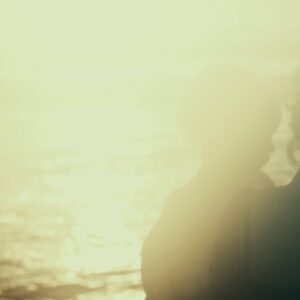 I’ve always been a huge fan of the young adult dystopian fiction of the early twenty-first century – The Hunger Games,...
© LitHub
Back to top