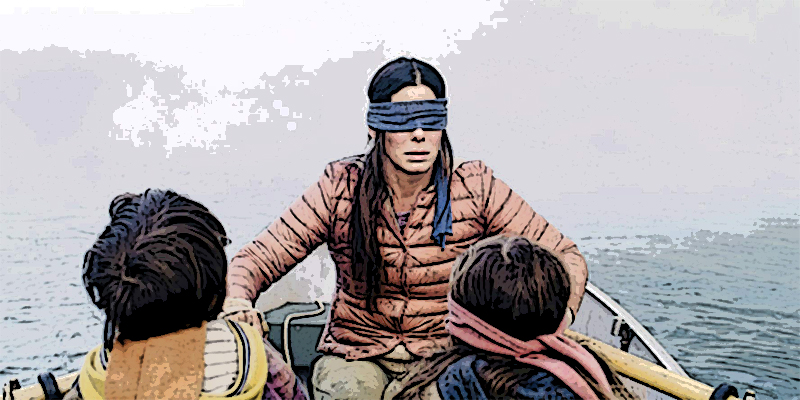 Is it the characters, or the scenario?

Here’s something that crept into my head when I wasn’t looking and I haven’t been able to shake it. In truth, I don’t want to:

Maybe, just possibly, what we relate to when we relate to a work of fiction is not the characters but the scenario.

You see, if you polled a hundred readers, asking which aspect of a novel draws them in, what they care about most, what they look for in a book, the majority are going to say character. We’re people, after all, and what’s more profound to people than the actions/decisions/inner thoughts of… other people? Yet, recently I’ve been wondering if there isn’t another character, one unseen, one intentionally left anonymous throughout the course of any great story who inspires us most:

The person, the human being, who came up with it in the first place.

Character takes time. It’d be near impossible, and it should be near impossible, to explain a character in full in the same amount of time it takes to pitch a story’s idea. Let’s say you’re at a bookstore, you’re interested in a novel, you’re undecided… what question do you ask the bookseller in order to help make that final determination?

You ask what the book is about.

More often than not, the premise takes center stage in the response. Let’s use Al Sarrantonio’s Skeletons as an example. I’m the bookseller. You ask me what the book is about. I say:

Every person who’s ever died rises from the earth and forms an army of skeletons, there to battle the living for possession of the planet. A dead Lincoln, risen again, becomes their president, a risen Einstein his greatest advisor.

Sounds interesting, yes? It is. I do not say:

It’s about a man who struggles with identity only to find his purpose in life.

While the latter is appealing, of course, the former sells me. I’m in.

Is the scenario only the gateway into the story, as common philosophy would have us think or is it the conceit itself that keeps us glued to the book?

So this, coupled with the electricity I feel exchanging ideas with other writers, has me asking: is the scenario only the gateway into the story, as common philosophy would have us think or is it the conceit itself that keeps us glued to the book? And if it is the premise… is it mad to suggest that the character we’re relating to most is… the author?

Do I love Kathe Koja’s Velocities for the numerous characters within? Or is it the fact that she came up with such variations that wows me?

But lately I’m finding myself, as I read, silently nodding to the author him or herself, letting them know how great I thought a decision was, a turn of events, a beat. And when I really think it over, I ask myself: can anybody on the page be more relatable than he or she who put them there? Why did they put them there, where did this idea come from, who came up with this idea?

These questions thrill me.

The most famous character from one of the most popular television shows of all time is that show’s host: Rod Serling is more memorable than any character found in The Twilight Zone. We don’t walk away from TZ emotionally gutted. We don’t ball our eyes out and call one another for emotional support. We call to say: you gotta hear this scenario.

I started Bird Box with a scenario that included characters I did not yet know much about. I had a woman and two children blindfolded, rowing up a river. The day I started, page one of the rough draft, I didn’t even know if the kids were hers. All that would come as the book opened itself up to me, but the situation, the idea, was clear from the start. Malorie herself, as a character, would come later, as I got to know her in real time, as eventually readers would get to do the same. With the sequel, Malorie, things were different. I started in a place where I already knew the characters (Malorie, Tom, Olympia) and wanted to deliver them a scenario in which they would shine. I was able to place Malorie in numerous possible situations before settling on one that sang to me. Once I had the scenario, I was able to write the book. So here, even with two of my own stories, I found myself propelled first by the idea (a world in which everyone must wear blindfolds for fear of seeing an entity that will drive them mad) and then by the characters who would populate them. None of this is to say character development is peripheral. That way lies madness. But take books like Invasion of the Body Snatchers or Flowers in the Attic, classics that, to this day, we describe by their scenarios.

In a field where the imagination is unchained, the idea is king.

Often, lately, while reading, I can almost see the words as if they are scrawled upon Plexiglas, and just beyond that glass is the person who came up with the story. Looking at things this way (a strange way, yes), every book you read becomes, in a sense, nonfiction, as what we’re really experiencing is an idea born in the mind of a human being, and the performance of putting that idea to paper. Every written book really happened. The thinking of it. The writing of it. I find myself ceaselessly fascinated by the imagination of a very real person who might as well be a fictional for how little I know them. And if everything we read is nonfiction, in that every fictional story is a document of the mind of a very real writer, who is the actual main character of the book?

Is it the one we read about, the invented? Or is it the face behind the Plexiglas, a face belonging to someone we often know less about than the fictional people on the page?

It’s a thrilling contradiction: fiction and nonfiction at once. The imagination coupled with real work.

It’s empowering, too. For, with every book we read, we can be sure a human being wrote it. And because I, too, am a human being, then I, too, can achieve what has been achieved. And by relating to the scenario, that which was born in the head of a human being, what I’m actually relating to is the mind that come up with it, and, in the end, I can tell myself, with strength: maybe I can come up with something this good, too. 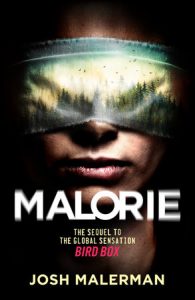 Josh Malerman is a New York Times bestselling author and one of two singer/ songwriters for the rock band The High Strung. His debut novel, Bird Box, is the inspiration for the hit Netflix film of the same name. His other novels include Unbury Carol, Inspection, and Malorie. Malerman lives in Michigan with his fiancée, the artist/musician Allison Laakko.

Counting Down the Greatest Crime Films of All-Time: # 5

5 Debut Novels You Should Read This July 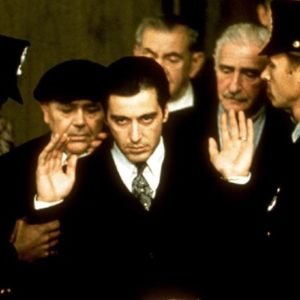 Counting Down the Greatest Crime Films of All-Time: # 5