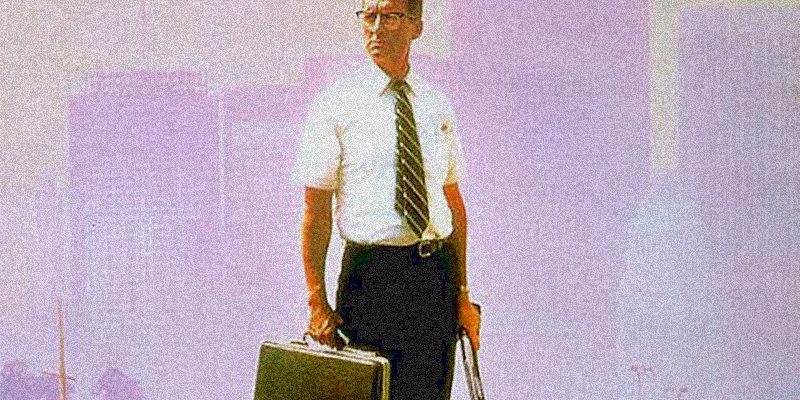 When "Normal" People Snap: The Unnervingly Universal Potential for Violence

"As crime and thriller writers, we want to know what separates us from people who snap. We suspect the answer is: Not much."

On cruddy weather days, my husband’s commute home from work can stretch to three hours, and as he’s driving, we joke on the phone (hands-free, of course) that if one more driver cuts him off, he’s going to snap like Michael Douglas in Falling Down.

Humor lightens daily monotony and, like sandpaper, grinds down the grotesque truths about the dark side of our human nature, dulling their sharp, unnerving edges. My husband is easygoing and unlikely to snap, yet as we wade through the sludge of middle-age, we better understand people who do. When we hear about the person who walks out on their family or, worse, kills them, while still appalled, we give the ever-so-slightest of nods.

Actually, I shouldn’t drag my husband down with me. I am the head-nodder. I am the thriller writer, the one who scavenges for the worst in people and tries on their dark impulses as if they were sweaters. This one is too scratchy. That one is a bit garish. But this one, this dark impulse, is soft and sheer against my skin, I barely notice I’ve slipped it on.

A baffled neighbor or friend describing the killer as “the nicest guy” is so common, it is cliched. Accurate, too. Violent criminals are nonviolent and ordinary until the day they are not.

I’m joking about “normal people,” of course. “Normal” implies well-delineated categories of behavior instead of the spectrum that is reality. It reinforces stereotypes about mental illness, race, gender, and more. Our society’s views on who commits crime, what they look like, and what they deserve as punishment are steeped in systemic racism. And when women kill, courts often assume she must have been the victim of an evil man, or she wasn’t of sound mind. They still can’t fathom a woman would kill of her own volition. Even attractiveness comes into play. In his book Behave, neuroendocrinologist Robert Sapolsky explains that, across cultures, we judge attractive people to be smarter, kinder, and more honest, and we’re less likely to convict them of crimes.

We all have the capacity for violence because, throughout evolution, it has been a defense mechanism necessary for survival. Researchers at the University of Barcelona have identified dozens of genes in mice and humans related to aggressive behavior (Molecular Psychiatry, 2018). Our lineage, primates, is more murderous than other mammals (Meerkats are the primate most likely to kill their own—Nature, 2016). Violence is reductionist in countless ways. If scientists stimulate neurons in the hypothalamic attack region of the brain, an animal will react with aggression.

Most of us have even thought about committing murder. David Buss, author of The Murderer Next Door and professor of psychology at the University of Texas, surveyed 5,000 people and found that 91% of men and 84% of women have not only thought about killing someone, they considered their method. These are hypothetically premeditated murders—the worst kind. “Snapping” is arguably a less cruel form of violence. It is unintentional. In some cases, accidental.

Douglas Fields, neuroscientist and author of the book Why We Snap, explains that the human brain continually monitors for potential danger and has to make quick, reflexive decisions (by-passing the “cognitive” frontal lobe) to act aggressively if it concludes we are in danger. But “just like any burglar alarm will misfire,” our perceptions of danger can be jumpy, overly sensitive, or flat-out wrong.

One of the reasons the academy-award winning film Parasite captivates us is because we empathize with these characters—these reasonable, ordinary people—and then we witness them snap. If they can feel cornered, triggered to commit violence, then what about us?

In my debut psychological thriller, She Lies Close, recently divorced Grace Wright unwittingly moves her two small children next door to the only suspect in the kidnapping of a little girl. Grace is sleep-deprived and anxious, she obsessively consumes true-crime news, and she’s taking stimulants: she is the essence of hypervigilant, primed for snapping. As Grace investigates her neighbor and the missing girl’s family, we follow her down rabbit holes of suspicion and obsession. The question is: does Grace snap, or is it someone else?

Sleep deprivation is another factor that can make us vulnerable to triggered rage. Two notable conditions that make Navy Seal candidates, our quintessential example of mental toughness, drop out of BUD/S are perpetual discomfort (cold temperatures) and sleep deprivation. Chronic stress or trauma can rewire the rage circuit, making someone more likely to crack.

Science might explain why some of us snap, but this does little to soothe us because, as studies show, we can’t predict violence. We would like to think we can spot the tiny fissures in people and predict their seismic break. We presume we have similar thoughts to other people, that we are working off the same textbook, that we can assume things about the way they think and will behave (Theory of Mind). After all, we rely on a bit of mind-reading to guide our social interactions. But of the many bitter pills 2020 rammed down our throats, one whopper of a horse pill was: people’s perceptions of reality are grossly different.

Society’s arch-enemy, Facebook, uses AI to predict suicide (with a better success rate than mental health providers). Facebook’s suicide algorithm project (2017) was spurred by a string of live-streamed suicides but remains controversial due to privacy concerns and possible data breaches, at the very least.

Neurologist Robert Burton explains that, even after decades of searching for patterns, psychiatrists and psychologists cannot predict who will commit murder, which is both frightening and a blessing (since we already find ourselves having to resist government use of AI and facial recognition).

I am forever fascinated by David Sedaris’s short story True Detective, which highlights a childhood memory of hiding in his mom’s closet, watching her put on a wig and cajole her toenails. As writers, we want to hide in the closet or be a fly on the wall. We ache to understand people. We want a backstage pass to their thoughts and motivations. We want to hear what they say to their kids, spouses, strangers, and see what they do.

As crime and thriller writers, we want to know what separates us from people who snap. We suspect the answer is: Not much. 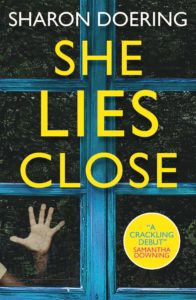 Sharon Doering lives in the Chicago area with her husband, Marc, their three kids, and a peculiarly civilized dog, Indy. In her other life, she was a science professor, a biotech stock analyst, and a xenotransplantation researcher. She has also been a good waitress, a mediocre bartender, and a terrible maid. SHE LIES CLOSE, (coming 11/2020 in the US) from Titan Books, is her first psychological thriller. Follow her on Twitter @SharonJDoering and Instagram @sharondoeringauthor 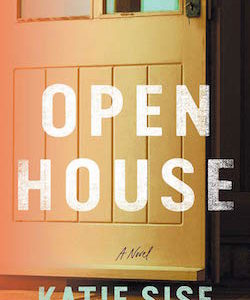 Haley McCullough stared down at Susie’s dead body. She tapped her gloved fingertips against Susie’s cold, white-blue...
© LitHub
Back to top