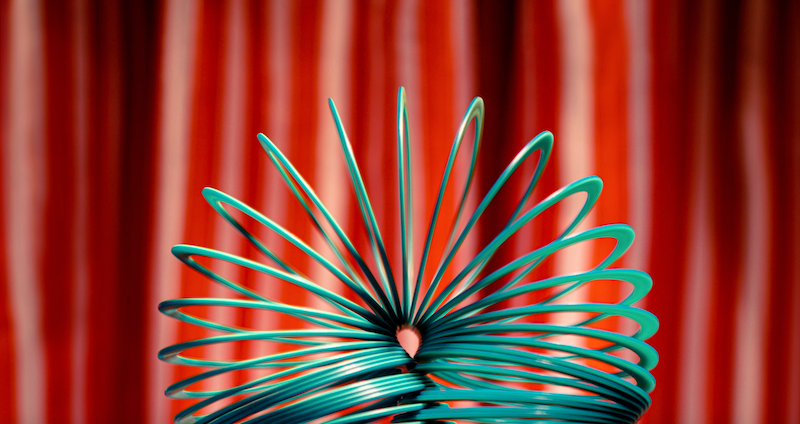 "You can't make this up": Anne Emery on the bizarre coincidences behind her latest historical mystery.

“Truth is stranger than fiction, but it is because fiction is obliged to stick to possibilities; truth isn’t.” (Mark Twain)

I call this Red-Lining Reality, because these are things editors put a red line through; readers won’t find them believable.

My family travelled to Italy a few years back. We were going anyway, but this conveniently provided me with information for the story I had in mind for my fourth book, Cecilian Vespers, about the murder of a renowned theologian. Some of the clues related to the lives of long-dead saints, including Saint Philomena. I’d never heard of her till I began my research,

So. My husband and daughter and I were in Italy, in Treviso, a lovely town about half an hour from Venice. I had booked a hotel online, the Ca’ del Galletto. We drove there, registered at the desk, and went for a walk. And there, virtually in the hotel’s parking lot, was a little octagonal building, cream-coloured with a red tiled roof and two small spires. We read the plaque. It was the Oratorio of Saint Philomena! I’d never heard of it, had barely heard of Philomena, I picked the hotel out of the blue, and there in the parking lot was Philomena’s oratory!

When I wrote the book, I could hardly have my characters reserve a hotel, and then—coincidentally—find the shrine to Philomena in the parking lot. It really happened, but it would never pass muster in a work of fiction. So I had the characters looking for the oratorio, finding it, and then deciding to stay in that nice-looking hotel so close by!

My second book, Obit, is set in New York City, and I needed information about crime on the waterfront. I did some research online, and found the Waterfront Commission of New York Harbor. Headquarters in Brooklyn. The contact was a police captain named Kevin. I emailed him and we made a plan to meet in New York.  And I emailed my good friend Joan. All I wrote was, “I have to go and research Irish bars in New York City.” Clicked send. She knew what to do.

We headed to NYC. I phoned Kevin, and he had meetings on our first day in town, so we would arrange to meet him in Brooklyn and go see Pier One and other waterfront locations for the book. So, Brooklyn next day. Why not check out the bars today? Joan had looked on the net, and discovered that there were several Irish bars on Queens Boulevard. We took the subway over to Queens, and hailed a cab. We had no idea where we were going. We told the driver: “Take us to some Irish bars on Queens Boulevard.”

He drove us to the boulevard and we cruised along till Joan said: “There’s one! Flynn’s.” Fine. One’s as good as another, so we told the cabbie to let us off. Flynn’s was next to Lynch’s Funeral Home, so we knew we were in the Irish-American heartland. This was Sunnyside in Queens.

We went into Flynn’s, a quintessential Irish bar, and ordered our pints. We noticed a man I’ll call Mickey (not his real name) carrying out some paperwork at his table, and making frequent calls from the pub’s phone. We had a fun couple of hours there, then checked out another place nearby, T.J. Horgan’s. We then retraced our steps towards Flynn’s and kept going to take some photos. I needed a house for my characters, the Burke family, in Sunnyside. We did that and returned to Manhattan to eat, and I went to the Metropolitan Opera (saw La Traviata).

Next day, I called the cop. Kevin was a most fascinating character. I had read about him, bustin’ members of the mob, including real-life members of the gang that was featured in West Side Story.  He said he’d be free in the afternoon.

“How was your first day in New York?” he asked, in his strong New York accent. “What did you do?”

“We went over to Sunnyside in Queens.”

“Oh, yeah? Where in Sunnyside?”

“Uh, well, actually we spent much of the afternoon in an Irish bar.”

“You’re kidding me! Flynn’s with Paddy O’Dea at the bar, and Mickey the bookmaker!”

“That’s my neighbourhood bar! I live in Sunnyside. How did you know about Flynn’s?”

“We didn’t. We just got in a cab, and told him to take us to a bar on Queens Boulevard. The first one we saw was Flynn’s.”

“Really. What time were you in Flynn’s yesterday?”

So, when we walked by the place later in the afternoon, he was in there.

There are more than eight million people in the five boroughs of New York. Thousands of bars and restaurants. Remember Casablanca? “Of all the gin joints, in all the towns, in all the world, she walks into mine.”

I used Flynn’s in the book and called it by its former name, O’Malley’s. I didn’t, of course, use the unlikely coincidences! My editor would have red-lined those out, because it wouldn’t really happen. Except it did.

And then there was the wedding. My eighth book is called Ruined Abbey. Now, a bit of history. My father’s side of the family immigrated to Saint John, New Brunswick, from Ireland. My father’s sister married an older man whose family came from County Cork. Their daughter, good Irish Catholic girl from Saint John, ended up marrying a British air force man and moving to England. She made rather nervous jokes about “what my father would say.” Her father was long dead by this time. Only years later did I discover what she meant.  I learned, well after I started writing books about Irish Republicans, that her dad and his brother were rumoured to have assisted in the Irish struggle in the early part of the 20th century. The Irish struggle, of course, was against the British Empire. My uncle apparently provided supplies to the Irish rebels. We’ll say no more.

One of my main characters, Father Brennan Burke, comes from what is euphemistically called a “well-known Republican family”, that is, an IRA family. Ruined Abbey is about the Burkes and their activities during the Irish “Troubles.”  I have the Burkes invited to a very posh country estate in England, the sort of place you’d read about in Jane Austen, and then being given the bum’s rush when their hosts find out who they really are. Another thing about the book is that I have some fun with English place names, like Biggleswade, Slittems Wood, Limpley Stoke, Dodleaze Wood ― places I just picked by looking at a map.

The first draft was already done when I received an invitation from my cousin in England to attend the wedding of her son, who is an officer in the British Army. The bride comes from a wealthy family in the area of Bath, and her home is a very elaborate country house, a Pemberley type of place.

My husband said, “You’d better send her the draft of your book or, by the time it comes out, she’ll think you wrote it after the wedding!”

So I sent her several excerpts. She emailed back saying, “DEAR GOD!!!!” She said, “I especially liked the line, ‘Imagine what they’d think if they knew our family history!‘”

Off we went to the wedding. Tophats and tails, long frocks for the evening, food done by the same caterers who did the William and Kate royal wedding. You get the picture. We ended up staying at the Limpley Stoke hotel, one of the place names I had randomly picked out for the book, looking at a map. And it turned out that another of the places I’d picked at random, Dodleaze Wood, is owned by the bride’s father.

So, Ruined Abbey had a history before it even hit the book shelves.

I am fascinated by the fact that reality is often so bizarre, so unlikely, or so ridiculous, that you can’t get away with portraying it in fiction. Because … it’s unrealistic! Nobody will believe it. The truth is—and I’ve had this conversation with other lawyers and recently, over drinks, with a psychiatrist I met at a party—the truth is that, when it comes to human behaviour, everything is realistic, everything’s been done or will be done. Apart from really convenient coincidences in the plot, nothing is unrealistic! And we know even those really happen. But I wouldn’t use them. Even though they’re real. But in the real world, nothing is so far-fetched, so over-the-top, that it has not happened or won’t happen—as we’ve learned from observing the political scene over the last, say, five years.

To use a phrase we’ve heard so often: “You couldn’t make it up!” 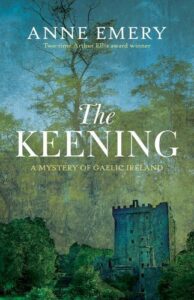 Anne Emery is a lawyer and author of the Collins-Burke Mystery Series, which has won several awards including the 2019 Arthur Ellis for Best Crime Novel for Though the Heavens Fall. Her series is set in various places: Halifax, Dublin, Belfast, London, New York, Berlin. She lives in Halifax, Nova Scotia.

The Lure of Objects: On the Outsized Importance of Talismans and Symbols 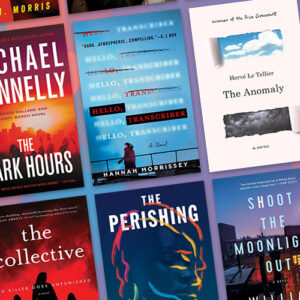