5 Thrillers In Which Memory is Unreliable, At Best

In Between The Lies, Chloe Daniels wakes up after a terrible car accident with little memory of who she was before the crash. She finds herself surrounded by people who claim to love her, yet Chloe can’t remember them, and isn’t entirely sure that her family have her best interests at heart. Chloe’s only certainty is that there was more to her life before the crash than her parents want to tell her, and so she sets out to attempt to rediscover it for herself.

Memory loss is something few of us think about and yet all fear. What if one day we simply forget who we are? What if we could no longer remember the people whom we loved, like a husband, a parent, or even our own children. Memory loss is a familiar trope of the domestic noir thriller, perhaps because the sense of self is so important. Without being able to trust in ourselves, it is almost impossible to trust in others. And when trying to uncover the truth in fiction, a character with little or no memory offers a wonderful protagonist to root for. What if you lost your memory? Would you be able to trust those people around you? Would you believe what they said, even if it didn’t feel like the truth?

There are many wonderful books where the protagonist’s memory is vital to the unravelling plot. This is my pick of five of the best. 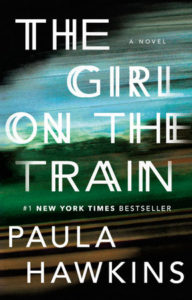 With no job, hurting from the failure of her marriage, and an increasing dependence on alcohol, Rachael spends her day travelling on the train. She begins to idolize the life of a young couple she watches during the journey, who live just a few doors away from her ex-husband and new wife, Anna. But when she discovers the woman from that seemingly-perfect couple has gone missing, she reports something that she thinks might help; the saw her kissing a man who was not her husband. But when the validity of her own memories comes into question it is not only her account of this potential crime that she begins to doubt, but everything she thinks she knows about her own life, including the end of her own marriage. 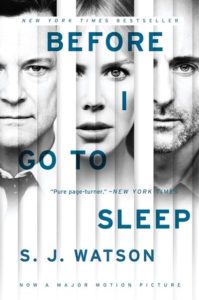 S. J. Watson, Before I go to Sleep

Christine wakes up each day uncertain about who she is and what happened in her life before that day is the hook of this excellent thriller. With a husband who seems to want to help, yet who doesn’t feel entirely familiar, and an inability to remember what came before forces her to relive each day from scratch. This thriller is a worst-case scenario, because no matter how hard you try to remember your success is time limiting. This is a tense and creepy thriller, with claustrophobia a plenty.

Being assigned to investigate the mysterious case of a missing patient from a high security asylum for the criminally insane, Teddy Daniels arrives on Shutter Island determined to uncover the truth. But as things turn increasingly bizarre, with a murderess on the loose, a hurricane battering the island, and staff who seem to want to cover something up, Teddy’s job proves more and more difficult. He begins to realize that nothing is quite what it seems on Shutter Island, perhaps not even himself. This thriller is absolutely brilliant. 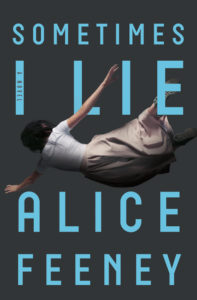 Waking with confused memories from a coma and a certainty that her husband is not all he claims, the novel skips between the present and the diaries retrieved from our protagonist’s childhood. I read this novel in two sittings and loved every moment of it. You think you know the truth, and then you question it again, and again, and again. But that’s the point; what is truth? Can a lie be the truth if you really, really believe it to be?

Lionel Shriver, We Need to Talk About Kevin

While this book is not strictly about amnesia, the book is a testament to the value of memory. When a couple’s son, Kevin, commits a heart-breaking crime, his mother and father are left reeling in the aftermath. Not only are they faced with trying to remember their once small, innocent child in the hope that perhaps they can forgive him for his heinous crime, his mother Eva is left wondering if what she remembers of her son’s childhood was any indication of what was to come. Exploring memory and perception, this is an amazing story, one that tackles not only what is a terrible, unforgivable act, but also the creation of memory, and whether what we think we believe is the truth, and whether there is perhaps more than one version of it.

MICHELLE ADAMS is a British writer living abroad in Cyprus. She is a part-time scientist and has published several science fiction novels under a pseudonym, including a YA dystopian series. Between The Lies is her second psychological thriller. 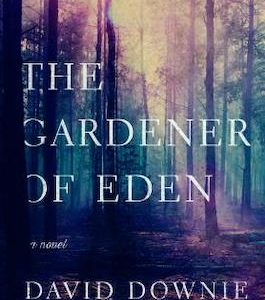 The drone was back in the air and on its way north before Taz could reach the parking lot. It whizzed overhead as James...
© LitHub
Back to top