Which International Thriller Should You Binge Over New Year's Weekend?

The bar at the airport hotel. The campground near an international border. Where do you want to go this weekend?

We’re coming up on another long holiday weekend and chances are, you’re going to be spending some time inside, possibly thinking back on other years when you were swanning between parties and maybe even hopping on a jet to some exotic locale. Or, you know, just generally enjoying the company of other people. Well, that’s where your TV comes in handy these days. And what better way to get through the weekend with a reasonable level of enjoyment than streaming an international thriller? Just like on other holidays, we have you covered. Here’s our guide to your international thriller options now streaming, with an emphasis on the new and likely undiscovered.

(Most of our recommendations for Thanksgiving weekend are still streaming, too.)

If you’re consistently suspecting yourself of forgotten crimes…

The Flight Attendant
Where to Stream: HBO Max
Seasons: 1

The Flight Attendant is a certified hit for HBO’s new streaming service, and it comes with a nice crime fiction pedigree, based on the 2018 novel by one of our favorites, Chris Bohjalian. (In fact, he wrote for CrimeReads about the fugitive life of airline employees.) The series follows a flight attendant (Kaley Cuoco) who wakes up in Bangkok next to her one night stand, who’s now dead. Without giving it too much thought, she leaves, hops the next flight, and finds herself questioned by FBI agents back in New York. The series follows her efforts, equal parts suspenseful and absurd, to piece together the fateful night in question. The dead man is played by Michiel Huisman (aka, the guy your wife has been sweating over in all these HBO shows these last few years) and there’s some welcome sexual energy pulsing through the show. Altogether, The Flight Attendant carves out a tone all its own, which helps it stand apart from this year’s crop of thrillers. It’s fun and cool and they didn’t scrimp on the production value.

The Name of the Rose
Where to Stream: Sundance Now
Seasons: 1

Yes, this is based on the 1980 Umberto Eco book about a cryptic murder investigation at a fourteenth century Italian monastery, but honestly it’s a lot darker than the source material and doesn’t really give its audience much cause for hope or relief, so prepare for an intense watch if you choose to binge this one. John Turturro delivers a solid performance as William of Baskerville, the ingenious sleuth deciphering the various religious and occult clues. (The cast is generally excellent; check out Rupert Everett playing Bernard Gui.) Sure, the show misses Eco’s fanciful flights through the annals of semiotics, but at least the atmosphere is drenched in dread and evil.

The Last Post
Where to Stream: Amazon Prime
Seasons: 1

The Last Post is kind of a sneaky thriller. You go into it thinking you’re going to watch a period drama about the personal lives of the families stationed at a military police post in Aden circa 1960s, but somewhere along the way the series morphs into a more gut-wrenching affair about kidnapping, revenge, wars for independence, and comrades-in-arms. The result is a genuinely captivating and richly layered story, but one that’s somewhat undercut by some pretty intense ‘othering’ of the locals. So, if you can overlook the unfortunate remnants of British imperialism and focus on the families and the tightly-constructed plot, along with the gorgeous desert visuals, you may just enjoy this one.

If you’ve ever marveled at the building of Rome and thought, but what about heroin?…

This standout Italian series has been around for a while but is a relative newcomer to U.S. streaming and well worth a watch. Adapted from the 2002 novel by Judge Giancarlo De Cataldo, it chronicles the rise of the real-life Banda della Magliana in 1970s Rome. The Magliana outfit, founded by a group of childhood friends, more or less took over the criminal underworld of Rome, modeling itself after the mafia in Sicily and Camorra in Naples. Heroin was the group’s eventual stock-in-trade, but they began with a series of kidnappings and splashy assaults on the city’s smaller crime operations. Think of this as the Italian answer to Narcos, with a slightly grittier feeling and lots of Italian infighting.

If you like your crime stories set in borderland campgrounds…

Undercover
Where to Stream: Netflix
Seasons: 2

Undercover is one of the more interesting international co-productions currently making the rounds on Netflix. Set on the Belgian-Netherlands border, it tells the story, based on real events, of a pair of agents going undercover at a campground where a local kingpin and ecstasy distributor sets up shop on the weekends. The campground is full of eccentrics, plus plenty of occasion to bump into your local drug traffickers. The show maintains a nice balance of noir and absurdism and also gives viewers a glimpse into a level of the drug supply chain not usually dramatized.

The Best Crime Shows of the Decade 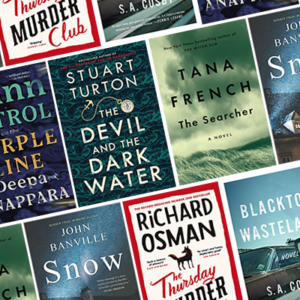