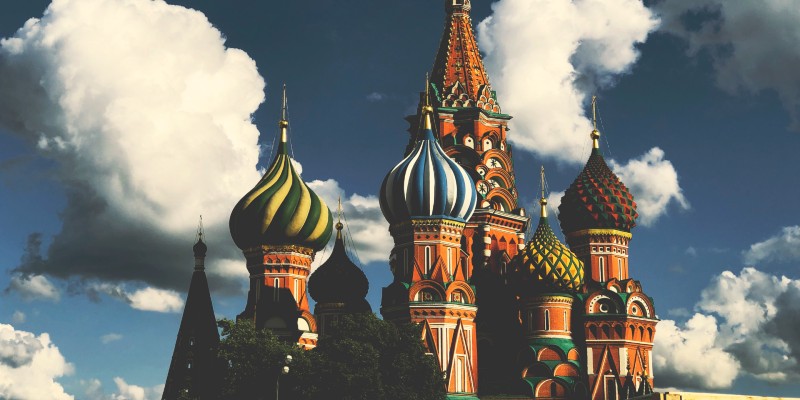 A travel writer turns to fiction to quell the wanderlust.

The snow swirls around my feet, rising in a tight, whirling embrace as the wind gathers in the dark. In the distance, Moscow’s smudged amber glow reaches toward the horizon, providing a backdrop to a thick line of trees draping the edge of Gorky Park. The pond lies before me, its surface indistinguishable from the snow-covered banks leading to the water’s frozen edge. Three bodies, their faces carved away, rest in shallow graves amidst a churn of dirty slush, each of them wearing a pair of ice skates laced tightly to their frozen feet.

I shove my hands deeper into the pockets of my coat, feeling an icy numbness creep into my fingers. Too caught up in the moment to turn away, I stand behind homicide detective Arkady Renko as he surveys the gruesome remains; both of us caught up in the mystery of who the faceless dead might be, and how they came to be here in the park.

My work has required me to travel around the world, mostly on assignment as an editor for several different national magazines—but I’ve still never been to Moscow. It’s high on my list of places to see: my father was of Russian heritage, and—perhaps because of his own mysterious death when I was 13—I’m a bit obsessed with that part of the world, particularly the former Soviet Union. And, while my feet have never physically touched the ground there, it’s a place I’ve explored multiple times through the pages of author Martin Cruz Smith’s engrossing novels, including Gorky Park, Polar Star and Red Square. During each excursion to Moscow and its surroundings, my trusted guide has been Cruz’s fictional detective Arkady Renko. I guess you could say we have history.

During these strange times, while the coronavirus outbreak has forced the world to push a collective pause button on travel, I’m re-reading the Arkady Renko series from the shelter of my writing room, where I love to lay stretched out on the wooden floor in a patch of sunlight, supported, like an oversized cat, by a collection of embroidered pillows, a tray of strong tea and a small bowl of tangerines nearby.

Delving back into the Renko series is an attempt to quell the rising sense of wanderlust that’s affected me in direct proportion to the directive to stay put. While conventional travel may be temporarily out of reach, there’s a happy alternative: anyone who longs to slip away into another place (or time) need only pick up a book, download a novel to their device, or turn up the volume on an audiobook. The bonuses are legion. You can travel without ever leaving your bed, read while soaking in a tub filled with bubbles, or allow your favorite reading chair to become a portal. You can also skip searching for the spot where you stashed your passport, and completely avoid the drama of packing, crowds, and airport security.

Another thing I’m doing right now is finalizing the last chapters of The Bone Field, the second book in my Dark Paradise Mysteries series, set in Hawaii and an outgrowth of a long-ago magazine travel assignment. It was during repeat trips to Hawaii’s various islands that I learned that there’s far more than sunshine and tropical drinks to traveling there—and some of it is scary, wrapped up in a shadowy blend of ancient legend and modern-day evil. If you need a guide, my detective, Kali Māhoe, would be glad to show you around.

But before you head off to help Kali decipher the clues in her path, allow me to share a few last thoughts about Moscow, real-life family mysteries and the Arkady Renko series. Years after reading Gorky Park for the umpteenth time, the magazine I was working for sent me to Finland to write a cover story on the health and wellness pursuits available in the capital city of Helsinki. One blizzardy morning, after pulling on my snow boots and walking from my hotel set along the central city park, I found myself at the Yrjönkatu swimming hall, a stunning historic indoor pool constructed within a Nordic Classicism building.

The pool itself occupies the lower area of the building, which is ringed on that level and the level above by private, curtained chambers fitted with daybeds and dressing areas. Tucked elsewhere throughout the massive stone structure are saunas, showers and a small café. Separate days for women and men allow for nude bathing and swimming.

As I floated on my back, naked in the not-warm-enough water, I gazed at the soaring ceiling above me. There was sudden, powerful moment of déjà vu. The magnificent space became eerily familiar, and with a jolt, I realized that it looked exactly like the Russian bathhouse used in a pivotal scene in the film version of Gorky Park.

After swimming, wrapped in a warm robe, I sat at a small table on the second floor balcony between the door to my resting chamber and the rail looking down over the pool. Like Aradky and one of his suspects, I was served fruit and tea and an open-faced sandwich of dark bread and local cheese. The shy attendant who poured the tea had been assigned the task of answering questions for the background on my magazine feature. When I asked her to tell me about the building’s history, she explained that it was the oldest swimming hall in all of Finland—and then added, almost as an afterthought, that it had once been featured in an American film called Gorky Park for a pivotal scene involving the death of a local official who fell from the upper balcony. The Russian government, the attendant elaborated, had denied the movie company permission to film on Russian soil, so it had instead been shot in Finland and Sweden.

The attendant answered a few more questions about the architecture, and then left me to linger over my meal and to ponder the charmed significance of the moment. I’d had no knowledge of the swimming hall prior to my assignment—the morning had been described on my itinerary as “interview local contact re sauna traditions,” with the time and address—yet, somehow, the universe had delivered me to a place that was of great personal literary importance.

I still plan to make it to Moscow one of these days. I wish I could explore it an its culture with my father, but he isn’t there, and is unlikely to ever be found. His life ended in a deep-sea boating incident so long ago that his bones have long been swept away, or buried in the sandy floor, forever out of reach. Rumors, spoken in hushed tones by the adults in my family, ranged from a mobster-arranged boat explosion to an accidental collision with a shipping vessel that had never even registered the impact with the smaller craft; or that he and the men he died with had embarked upon a life of smuggling that had gone terribly wrong. I’ll never know. None of them were ever recovered, just pieces of the boat, washed up weeks later along a stretch of coastline. Maybe the real reason I’m so obsessed with Arkady Renko is that I think that he could help; that his tenacity and insight might be able to solve my own private mystery.

You can begin your own journey now—perhaps to find a body in a locked room or catch an unlikely killer, or to figure out how that poison really got into the chipped blue Wedgewood teapot. Along the way, you might discover a place you’ll want to revisit again and again—or maybe even explore in real time, once the world reopens its shuttered doors.

PS: If you need some recommendations, or if Soviet-based tales aren’t your thing, it’s worth nothing that Martin Cruz Smith isn’t the only author who creates a strong sense of place. Agatha Christie, Colin Dexter and P. D. James take you on intimate tours of Britain’s deceptively serene landscapes, while Edwin Hill reveals a slice of New England that’s far more dark and mesmerizing than the average leaf-peeper or antique enthusiast ever sees. In need of a Parisian fix? Try Murder on the Eiffel Tower by Claude Izner or Three Hours in Paris by Cara Black. Head to Germany through the pages of Babylon Berlin by Volker Kutscher and John le Carré’s A Small Town in Germany.

Jane Harper’s The Lost Man, and Bitter Wash Road by Garry Disher will transport you to Australia, while Ragnar Jónasson’s Dark Iceland series offers an insider’s taste of Iceland that can be hard to shake. Love the desert? Tony Hillerman and his daughter, Anne Hillerman, weave mysteries in the American Southwest that deliver you to remote mesas and enigmatic rock formations, with imagery that’s so powerful you may find sand in your hair by the time you turn the last page.

Debra Bokur has traveled the planet as an award-winning writer, filmmaker and journalist. She is the author of the Dark Paradise mystery series, with The Fire Thief forthcoming from Kensington Books in 2020. 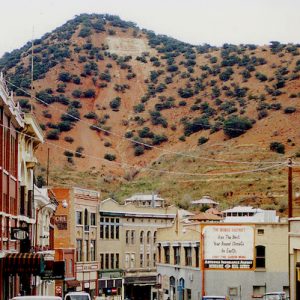 I grew up in Bisbee, Arizona, a small mining town near the Mexican border. Between us and the rest of the country to the north...
© LitHub
Back to top