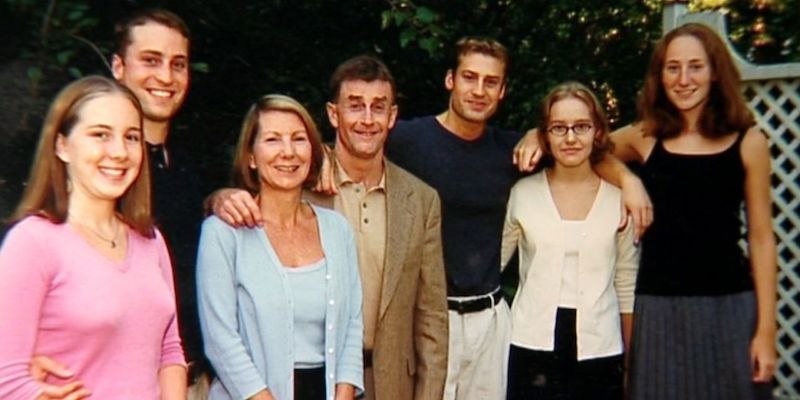 The True Crime Doc that Treats Women Like Fairytale Characters

Search for Kathleen Peterson on Google, and you’ll see the following: her full name, the dates that bracket her life, and the misleading preview of a wikipedia page, stating that Kathleen is the subject of the true crime documentary series The Staircase. Given that Kathleen is the corpse at the bottom of the titular staircase, one might expect her to indeed be the subject of the documentary (or just of her own Wikipedia entry). But clicking on her Wikipedia page leads to the same nasty surprise as watching the entire documentary—we are redirected to Michael Peterson’s page, just as the documentary directs us to examine only Michael Peterson’s story.

The Staircase, directed by the French filmmaker (and former Oscar winner) Jean-Xavier de Lestrade, covers the arrest and subsequent trial of Michael Peterson on charges of murdering Kathleen Hunt Atwater Peterson, married to Michael for the last four years of her life, after she was found at the bottom of a staircase in the couple’s Durham, North Carolina home in December 2001. Originally released in 2004, and now updated and expanded to cover Michael Peterson’s second trial and later release from prison, LeStrade’s film has been met with near universal acclaim.

In a documentary known for its length and thoroughness, we spend frustratingly little time finding out who any of the women involved in the story are. As a consequence, we end up spending eleven hours watching a show that exists at the pinnacle of storytelling, yet with women characters that would not be out of place in an early modern fairytale.

(I’m not the first to note the blankness of the women in this documentary.)

Moving on to women in professional roles, there is the villainous prosecutor, Freda Black, whose closing argument, loaded with homophobic innuendo and reliance on an “expert” later shown to be corrupt, plays a featured role in the decision as to whether to overturn the jury’s original conviction. There is Deborah Radisch, the forensic scientist, whose ability to perform her job is also consistently questioned, although, it seems, with less legitimate ammunition for doubt than in Freda Black’s case. In fact, the only time women in The Staircase face any kind of criticism is in their professional roles. There is Margie Fargo, the jury expert, and Julia Sims, the TV reporter. There is Kerry Sutton, who goes from third chair on the defense to first chair, as the other lawyers burn out on the case. All other women in the film appear in one episode or less, or are silent members of the jury.

Next, let’s take a look at what these women actually do. The motivations of the women in the show are simply aligned with their roles and never questioned. Kathleen Watkins, or Kathleen Peterson, the woman dead at the bottom of the eponymous staircase, is described only in her interactions with her husband and children. Michael Peterson’s tragic adopted daughters only show up in their capacity as daughters; their conflict comes from their competing filial duties—to two different dead mothers and to one potentially very guilty father.

Their transfer from one mother to the next, to the next, is accepted by the filmmakers as foretold. How strange it would be for a family friend to adopt two young children recently orphaned in a country far from their relatives is never acknowledged. The Petersons’ actions are cast only as heroic. I’m sorry, but this isn’t the London Blitz. You can’t just take in the sole surviving child of the house reduced to rubble next door and claim it as your own, without so much as a by-your-leave. There must have been more to this story.

The barest of defined, gendered roles are somehow held up as evidence of good relationships. The fact that Peterson’s children still interact with him is presented as proof of a happy childhood. Peterson’s sons are asked repeatedly if he ever demonstrated any violence towards them; they mention spankings, but that’s one of the only information we’re given about the supposedly golden couple’s parenting approach. We are, as viewers, encouraged to dismiss the idea of spanking as violence, just as we are encouraged to dismiss concerns about why Martha and Margaret are able to legally hop from home to home. When Kathleen’s biological daughter from her first marriage becomes increasingly dubious of Michael’s innocence, she’s written out of the documentary.

Kathleen is left stubbornly, frustratingly, blank, as if she never existed at all except in a courtroom where she is a supporting character at best.

These are emotionally manipulative courtroom devices. These are also deliberate choices of the documentary filmmaker, for the trial could not possibly have gone on so long without a single discussion of Kathleen’s hobbies, personality, or literally anything distinctive about her that does not concern her relationship with her husband. Maybe audiences would have less difficulty accepting the idea that Kathleen was in the know—and okay with—her husband’s affairs, if we had one single inkling of a personality, but Kathleen is left stubbornly, frustratingly, blank, as if she never existed at all except in a courtroom where she is a supporting character at best.

Instead, Kathleen is a fairytale stepmother—the “good kind”—the one who defines herself by self-sacrifice, steps easily into the role of second mother and second wife after the respective demise and abandonment of the first, and then quietly dies at the bottom of a staircase, ready to be honored by all as the ur-mother. This is not a realistic portrait of a human woman. This is a small set of details about a dead woman, repeated over and over again, to make her appear contented with her life, so that we question the assumption that her husband killed her.

The women are supposedly, and universally, adored and valued by Michael Peterson, even as he lies to them, cheats on them, ignores their wishes, and most likely, kills them. The one moment in which a woman faces judgment on screen for her gendered roles is during the discussion of Elizabeth Ratliff’s demise. She’s described as leaving her very, very young children alone, and the prosecution appears to doubt this statement not because it’s a convenient way to separate Elizabeth Ratliff from her children in the timeline leading up to her death, but because it is apparently inconceivable for a young mother to leave a 2 year old and an infant alone for any amount of time (yet not inconceivable for Elizabeth to leave her children to family friends she’s only known for a few years, instead of any relatives).

While The Staircase is careful to depict Peterson’s defense from nearly every conceivable angle and possibility—we see Peterson’s lawyers crafting their version of the story, and shaping testimony to prove it—the show doesn’t interrogate the women’s roles in the same way. In fact there’s never a moment where we see a woman’s relationship questioned because of her own behavior, and because Kathleen’s family, for the most part, refused to participate in making the documentary, we don’t hear Kathleen’s female friends and relatives question Michael’s description of their relationship and their behavior. Doubt is reserved exclusively for men. The show’s tagline, “Did he do it?” is in Michael Peterson’s favor, as there are only two possible opinions on this case: doubt of guilt, and certainty of guilt. Even his lawyers wouldn’t presume to put Michael Peterson on the stand to state his innocence —it’s just not believable.

I understand the Atwater family’s reluctance to participate. The choice to focus on the accused is a choice to leave the victim’s story deliberately in the hands of the accused and those who support them. This is a documentary about Michael Peterson, his lawyers, and the urge of men to finish things, itself a masculine labor. Women must repeat our tasks, our roles, our words; it’s only men that expect to finish anything, and it is only a man’s story that gains Sisyphean eloquence merely for going on far too long.

The male lawyers are the ones consumed by heroic inability to wrap things up. They must fail, exhausted; the men burn out before a woman takes first chair, and when the one woman lawyer talks in most of the series, it’s only to fill in bits of information like some kind of fleshed-out Siri.

This is a documentary about Michael Peterson, his lawyers, and the urge of men to finish things, itself a masculine labor.

And why did the documentarians not address these concerns? Well, the answer is simple: they didn’t have to. Because when a woman dies, leaving behind young children, she is only ever thought of as a mother (in the eyes of fiction, anyway). Fairy tales, Disney movies, primetime tv shows—these are all full of conveniently dead mothers. Mothers who cannot argue with their children, cannot impose their own worldview, cannot question or change how they are remembered, and cannot stop themselves from being treated as replaceable. Mothers who are not inconveniently divorced, messy, addicted, neglectful, distracted, powerful, political, or in any way independent.

The story of The Staircase is a repeating fairytale where women are replaced, murdered and discarded, sometimes leaving small fortunes behind, only allowed to speak positively about the men in their life or their happiness in their roles as women. Their anger is only ever seen as directed at Michael Peterson (in the case of Kathleen Hunt Atwater Peterson’s family) or whatever stranger they imagine committing the murder in his place (in the case of those members of Michael Peterson’s family who support him). The documentary does not take a step back and take a look at the violence of patriarchal institutions, and the discussion is never grounded in the larger context of violence against women. When Kathleen’s family is furious about her burial next to a plot of land reserved for Michael Peterson, their anger is cast as fury over Kathleen spending eternity next to her murderer and bearing her murderer’s name; ignored by the filmmakers is the question of the tomb’s arrangement, at least on screen. Kathleen’s identity is entirely subsumed, her married name larger than either her first or last name on her tombstone.

Names are important. My mother never changed her name. She established a successful academic career under her name, and replied to every single telemarketer that called the house that she was not the woman of the house, or Mrs. Odintz, or worst of all, the lady of the house; she was Dr. Ellis. My mother earned her autonomous name, and never ceased to be challenged on it.

Kathleen, nee Atwater,  who achieved just as much success in her industry (and arguably quite a bit more), will forever remain Kathleen Hunt Peterson, with Peterson in the largest font.

Kathleen’s three daughters do not use the Peterson name. Martha and Margaret have reverted to their birth parents’ last name of Ratliff (although it is unclear if they ever went by Peterson). Kathleen’s daughter Caitlin goes by Caitlin Atwater. They have succeeded in divesting themselves of Michael’s name, because they are still alive. Names are worth noting. 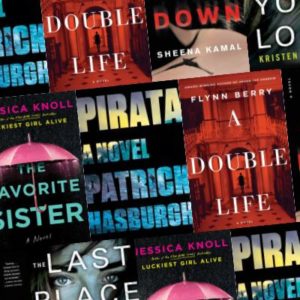 Every season, the book world lines up to sing the praises of the debut, but what about the second novel? When it comes time...
© LitHub
Back to top