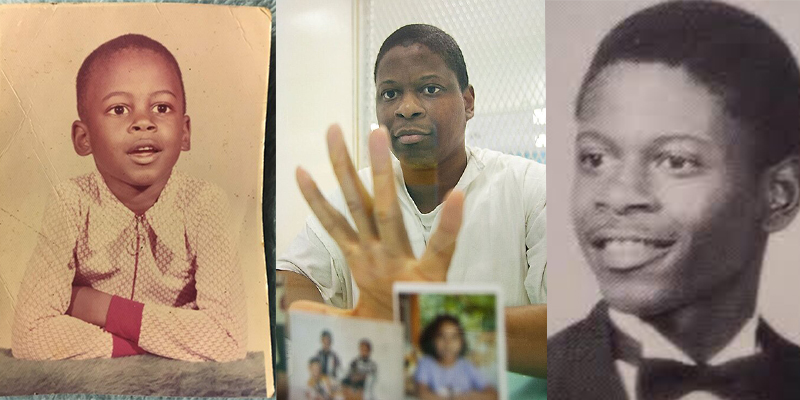 In fall 2019, a criminal justice story emerged that not only captured national headlines but inspired activism by celebrities, politicians, and legal experts. From the front page of the New York Times to Rihanna’s Twitter feed, Texas death row inmate Rodney Reed—and his claim of innocence—caught fire as his November 20 scheduled execution approached. In the face of overwhelming pressure and evidence, the Texas Court of Criminal Appeals indefinitely stayed Reed’s execution on November 15, 2019 in order to further investigate his case.

But the fight is far from over, and Reed remains in jail while his team prepares for a retrial. While they do, the public can prepare in their own way—by getting up speed on the main facts of the case, and realizing what this case has to do with justice, truth, and American values.

Who is Rodney Reed?

Rodney Reed is a 51-year-old Black man who’s been on death row in Texas for more than 20 years for a crime he claims he didn’t commit. The case has been called the “real life To Kill a Mockingbird.”

In April 1998, 19-year-old Stacey Stites was abducted, raped, and strangled to death in Bastrop, Texas. A year after her murder, Reed’s his semen was found inside of Stites. Despite initially denying knowing her at all, Reed eventually confessed that he’d been involved in a consensual sexual relationship with Stites and had engaged in intercourse the day before she was killed. According to Reed, he’d lied at first not only because it was an interracial relationship, but because Stites was engaged to white police officer Jimmy Fennell. Reed was arrested in April 1997 and convicted of capital murder and sentenced to death by an all-white jury in May 1998.

What is the evidence against Reed?

Pretty much just the semen. Which is to say, a single piece of evidence that, without context, can seem pretty compelling—especially considering Reed initially denied knowing Stites altogether. But since his trial, witnesses have come forward to corroborate Reed’s story of a relationship with Stites. Reed has always maintained that he initially lied only out of fear—fear primarily of her fiance, Fennell.

What’s the deal with this Fennell guy?

Glad you asked. Fennell is, to put it lightly, a very sketchy figure. He is white, and was a local cop at the time of Stites’s murder—but despite his service, records show that Fennell was one of the prime suspects in the months following his then-fiancee’s death. In fact, investigators worked the theory that Fennell may have committed the crime after discovering a relationship between Stites and another man. Fennell also has a well-documented pattern of violence against women, and in 2007 was accused of rape by a woman he detained while working as an officer in Georgetown, Texas. He pled guilty to lesser charges of kidnapping and improper sexual activity while she was in custody, and was sentenced to 10 years in prison. Fennell was released in March 2018.

What is the evidence of Reed’s innocence?

Sure, the American justice system is technically supposed to ensure that the accused are presumed innocent until proven guilty. But in cases like Reed’s, where the individual has already been convicted, the burden of proof becomes much higher. For the murder of Stites, there is not only not substantial evidence pointing to Reed, but substantial evidence pointing away from him…and towards someone else. This includes a hair found on Stites’s body that didn’t match Reed, and additional key pieces of evidence—including the belt used to strangle her—that have never been tested for DNA, despite Reed’s repeated requests to do so.

At trial, the prosecution alleged that Stites was killed during a two-hour window—but in the years since, this timeline has been shown to be scientifically impossible, as the forensic experts who testified against Reed have since admitted in affidavits that the original time of death may not be accurate. If Stites was killed at what is now the revised time of death, it would have been impossible for Reed to have killed her. In fact, Stites was with someone else entirely at this new time: her fiancee, Fennell.

What is the evidence against Fennell?

Yes, you read that correctly. Fennell had originally claimed to have been out drinking on the night Stites is now believed to have been murdered, but later admitted to being with her, in the apartment they shared, during what experts now believe was the time of her death.

And that’s not the only piece of evidence that points to Fennell having committed this murder himself. A former Sheriff’s Deputy and friend of Fennell alleges in a signed affidavit that the funeral, Fennell looked at the body of his former fiancee and told her, “you got what you deserved.” Similarly, a fellow inmate and member of the Aryan Brotherhood claims Fennell confessed to murdering his fiancee because of the affair with Reed, referring to his using a racial epithet. Other witnesses against Fennell include an insurance salesperson, who has stated that Jimmy threatened to kill Stites while applying for life insurance.

Why did we suddenly start hearing about this last November?

Reed has served more than 20 years on Texas’s death row, and has been fighting his conviction every minute of his incarceration. He appealed nine times, none of which were successful, and became involved with the Innocence Project in 2018. His execution was stayed in 2015 to allow for the consideration of further evidence, but later rescheduled for November 20, 2019. As they barreled towards this date, Reed’s team continued to push for a new trial both in the courts, and in the press.

In the weeks leading up to the scheduled execution, celebrities including Kim Kardashian West, Rihanna, Beyoncé, Meek Mill, and Oprah Winfrey publicly urged Texas Governor Greg Abbott to exonerate Reed or stay his execution. Reed was also interviewed for an episode of Dr. Phil, in which the host argued Reed had not received a fair trial. At time of publication, a petition to free Reed started by activist Shaun King had received almost three million signatures.

Why have some celebrities rescinded their support?

Six months after Stites was murdered, Reed was arrested for the kidnapping, beating, and attempted rape and murder of 19-year-old Linda Schlueter, near the same route Stites usually took to work. It was this case that had led police to first consider him in the Stites murder; his DNA had already been on file because of yet another alleged rape case. Schlueter, now 42, has expressed frustration about the public outcry around Rodney Reed. “Rodney Reed is not innocent at all and all these people that think he’s innocent,” Schleuter said in November. “I’m so sorry, they’re so blinded.”

Those who’ve come to Reed’s defense, including King, have pointed out that Reed was only ever tried in one of the six cases claimed by the prosecution—and in that case, he was acquitted of all charges. None of the other cases, including that involving Schleuter, ever made it to court.

How did the stay come about?

In response to the growing wave of public support for Reed, a bipartisan group of 16 Texas state senators petitioned Texas Governor Greg Abbott to stay the death penalty and, on November 15, 2019, the Texas Board of Pardons and Paroles unanimously recommended that Abbott grant Reed a 120 day reprieve. Later that same day, the Texas Court of Criminal Appeals indefinitely stayed Reed’s execution.

The fight is far from over. Reed remains incarcerated on death row while his case is kicked back to Bastrop County, where a district judge will review the claims put forth by Reed’s defense team and conduct a hearing to examine new witnesses and evidence. Following the hearing, the trial court judge will rule on whether Reed should get a new trial. This decision will then be escalated back to the Texas Court of Criminal Appeals, who have the final say on whether Reed is granted a new trial.

The state at this point could either decide to drop the charges—which, especially amid questions around the other cases in which Reed was suspected, seems unlikely—or decides to proceed with the retrial. If this happens, we can expect a high-profile trial that will determine Reed’s fate, hopefully once and for all.

How can you help?

Sign the petition, follow the Innocence Project, and keep up-to-date on the news around Reed’s fight for justice. 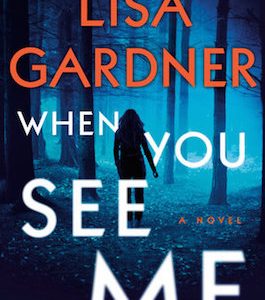 FLORA D.D. drives. The rental car is in her name and I wasn’t going anywhere without her, that much was clear. Keith...
© LitHub
Back to top