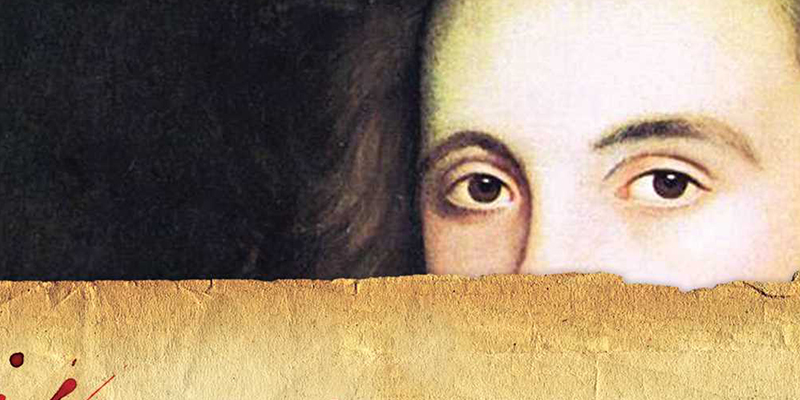 Conspiracy theories abound when it comes to the death of Shakespeare's greatest contemporary.

Christopher Marlowe was Shakespeare’s collaborator, exact contemporary and, until his violent death in 1593, aged 29, the better-known playwright and poet. But since then both his life and death have fertilized conspiracy theories and mysteries. Who killed him, why, how, was it deliberate murder or was it self-defense? Or did he live on in secret to write Shakespeare’s later plays, as some conspiracists claimed?

He was killed during the reign of Queen Elizabeth 1, whose position was precarious. If she died the throne might pass to Mary Queen of Scots, her cousin. Mary had been brought up a Catholic in France and if she inherited the throne Spain would forcibly reverse the Protestant Reformation and return England to Catholicism. The Pope encouraged Catholics to murder Elizabeth and her ministers.

Christopher Marlowe thus came of age in a religious Cold War which occasionally heated up, with plenty of spying on both sides. Elizabeth’s spymaster was the legendary Sir Francis Walsingham, regarded by today’s MI6 as its progenitor. Several hundred English Catholic émigrés had fled to the Continent to plot Elizabeth’s overthrow, partly by recruiting students from Cambridge and Oxford, training them as Catholic priests and secretly infiltrating them back into England to ferment revolution. Walsingham penetrated these networks, sending young scholars to pose as would-be priests and report on the infiltrators.

In June 1587 Marlowe was at Cambridge, awaiting his Masters. But there was a problem: he had not fulfilled the residency requirement, being frequently absent. The authorities suspected him of secretly traveling to a Catholic seminary in France and intended to refuse him his degree. This prompted a letter from the Privy Council, Elizabeth’s closest advisers. In elaborate yet chillingly precise prose, they warned his college that ‘it was not Her Majesty’s pleasure that anyone employed as he had been in matters touching the benefit of his country should be defamed by those that are ignorant of the affairs he went about.’ The Privy Council were the biggest guns in the land. He got his degree.

This is the first great mystery of Marlowe’s life. How came he to have a direct line to the equivalent of the White House? What had he done to secure such high-level intervention? He had ‘done her Majesty good service’, his college was assured. What kind of service? Was he one of Walsingham’s secret agents sent abroad to report on Catholic seminaries? Or was he an undercover courier who travelled incognito with encoded messages and intercepted letters? Whatever he did, it was clearly important enough to merit Privy Council intervention.

By 1593 Marlowe was London’s leading playwright. There is no evidence of government work although he made at least one unexplained trip to The Netherlands. He was reputedly a free-thinker—an atheist in our terms, a crime in those days—and there were rumors of homosexuality. He had also been involved in at least three violent affrays. He lived dangerously.

London was stricken by plague that year and the theatres closed. By early summer Marlowe was staying outside the capital with Thomas Walsingham, a cousin of the late Sir Francis who had been involved in the spy network. He was also an admirer and patron of Marlowe’s writing. Marlowe had recently been bound over to report regularly to the Court as a witness—not a suspect—in an inquiry into free-thinkers. On 30th May he rode to Deptford, a riverside village, to spend the day with three other men, each with links to spying.  He ended that day dead on the floor.

Rumors spread. At first he was killed in a tavern ‘by a bawdy serving man in an argument over a wench’, then he was set upon in the street, then in a brawl. One version had him killed by his own knife, another by his assailant’s. As the centuries passed the lack of a marked grave and of a coroner’s report led scholars to postulate ever less likely theories involving impersonation, political assassination, courtly intrigue and the suggestion that he was murdered to protect the reputation of his free-thinking associate, Sir Walter Raleigh.

Theories flourished for over 300 years until, in 1926, the American scholar, Leslie Hotson, applied a bit of lateral thinking to the British National Archive. There he not only correctly identified Marlowe’s killer, Ingram Frizer—who like Marlowe, was staying with Thomas Walsingham—but the full coroner’s report. From that it appears that the four men had taken a room at the house of a widow, Eleanor Bull. She had court connections and seems to have run a respectable establishment. She said her guests walked in the garden and ‘ate and drank and were in good parts’ until returning to their room late afternoon where three sat at table playing cards. Marlowe lay on a couch at the side.

An argument developed between him and Frizer about ‘the reckoning’ (the bill or check). Marlowe got up, plucked Frizer’s knife from his belt and struck him about the head with it. Frizer, trapped by the table, fought back. The knife was pushed two and a half inches into Marlowe’s head, above his right eye. He died cursing. Frizer was pardoned as the killing was deemed self-defense.

Whether or not we accept this account, mysteries remain. Why were they meeting, what took all day to discuss? One of them at least was still involved in intelligence work—were they all? Or was it some money-making enterprise, legal or illegal? Marlowe had already been trouble for counterfeiting currency and two of the others were known con-men. Or was it connected with competing factions at court? Were they drunk?

As for detail, why did Marlowe use Frizer’s knife? He carried (and used) his own knife and sword on previous occasions—had he taken them off when he lay down? Was the argument really just about the reckoning or was there something personal between him and Frizer? Did his rumoured homosexuality play any part? Who arranged the burial, why was his grave unmarked? How was his family, living 60 miles away, informed? What happened to his money?

Maybe more will be unearthed by another enterprising Leslie Hotson. Until then we can only speculate—which is what makes novels possible. 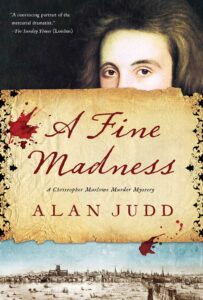 Alan Judd is a novelist and biographer who has previously served in the army and the Foreign Office. Chosen as one of the original twenty Best Young British Novelists, he subsequently won the Royal Society of Literature's Winifred Holtby Award, the Heinemann Award and the Guardian Fiction Award; he was also shortlisted for the Westminster Prize. He is currently the Spectator's motoring correspondent and a comment writer for the Daily Telegraph. He lives in Sussex with his wife and daughter. His latest book, A Fine Madness, is now available from Pegasus Press.

The Curious Fate of Care Leavers in Crime Fiction 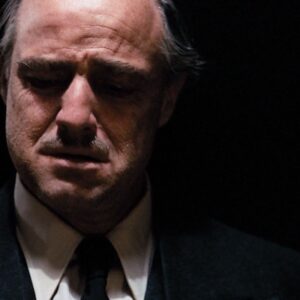 I was a little kid the first time I saw Frankenstein. It was the 1931 version with Boris Karloff in the role of the monster. On...
© LitHub
Back to top